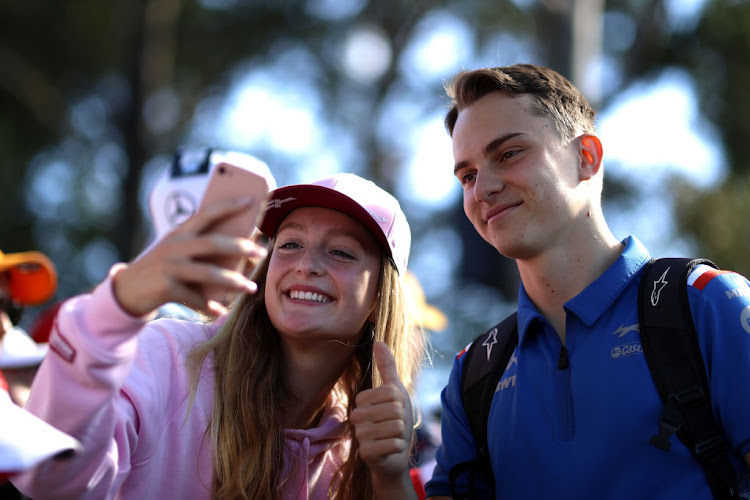 Ricciardo is doing his best to smile in the face of adversity at McLaren, but Webber and Piastri are making it difficult.

Webber represents Piastri, the reserve driver for Renault-owned Alpine and 2021 Formula Two champion, who caused a commotion this week when he rejected the French team's attempt to put him in a race seat for 2023.

Piastri did not say why he would not race for Alpine, a snub that looks ungrateful given how much the team has invested in him, but it is increasingly clear the 21-year-old is bound for McLaren.

That is more than awkward for Ricciardo because it can only be the 33-year-old's seat his compatriot would take alongside Britain's Lando Norris.

Ricciardo, who has failed to meet expectations at the Woking team despite winning last year's Italian Grand Prix, said last month he was committed to McLaren and would not be walking away.

More importantly, he has a contract to the end of 2023.

Three drivers into two seats means something has to give, if the contracts are watertight, and in Formula One that usually means money changing hands.

It could be that the winner of eight grands prix ultimately returns to Alpine, the former Renault team he left for McLaren at the end of 2020, as a replacement for two-times world champion Alonso.

The case of Kimi Raikkonen at Ferrari in 2009 is a case in point, a story that also involves the man who kicked off the contract confusion — double world champion Fernando Alonso.

There was speculation through 2009 that Alonso was replacing Raikkonen at Ferrari even though the Finn had a contract until the end of 2010, as did Brazilian teammate Felipe Massa.

“In F1 there is always a lot of money and there can always be different options. That's what happened in the end. It's nothing to do with racing or what I do in the team,” Raikkonen said later.

The 2007 champion dabbled with other series for a while before returning, but Ricciardo, if he loses out and is paid off, may not have to look far.

It could be that the winner of eight grands prix ultimately returns to Alpine, the former Renault team he left for McLaren at the end of 2020, as a replacement for two-times world champion Alonso.

That would take an element of forgiveness on Renault's part after his earlier exit, but Alonso, who announced on Monday his departure for Aston Martin at the end of the season, and Piastri have left them in a bind.

It could even be that matters do not go as far as the contract recognition board and an agreement is reached between teams.

Alonso left and returned to Renault more than once and each time was welcomed back because they knew, from experience, how fast he was.

British-born Thai driver Alex Albon will stay at Williams beyond next season on a multi-year agreement, the Formula One team said on Wednesday.
Motoring
1 week ago

After numerous video submissions, the top 12 to compete for this year’s championship have been selected.
Motoring
1 week ago