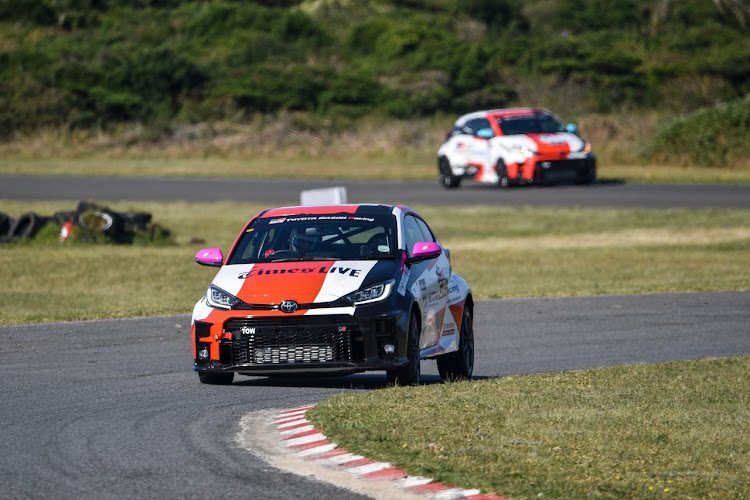 The fifth round of the 2022 Toyota GR Cup got off to an early start at the East London Grand Prix Circuit on Friday morning. Set right on the edge of the Indian Ocean, I and the five other motoring writers selected to represent our titles in this single-make series were the first cars out on this 3.92km circuit for our first timed practice session of the day.

Conditions were pretty much perfect with the cool morning air aiding both engines and brakes as we all set about getting familiar with the track. As I mentioned in my previous post, I haven't driven around this East London institution before so I didn't really know what to expect — especially from the two notoriously high-speed sweeps, Potter's Pass and Rifle Bend. In local race folklore you're “supposed” to take the former flat (#neverlift) but thanks to your brain's proclivity for self-preservation, this is easier said than done.

Instead I found myself giving the middle pedal the lightest of taps just before turning in for the apex. Rifle, however, was taken fully flat and before smashing the brakes hard for the rapidly approaching Copacabana, I saw an indicated 220km/h appear on my Garmin Catalyst. I'd predicted this might be our V02 Max this weekend and for once I was right.

While these first three corners are perhaps the most challenging element of the East London Grand Prix Circuit, the slower speed Esses/Cox's Corner complex also requires a fair amount of respect. Going in too hot will mess up your line and momentum for the charge down through The Sweep, so you need to attack with slightly less gusto than you might think or otherwise pay the price. Yep, you can lose a nice chunk of time here. 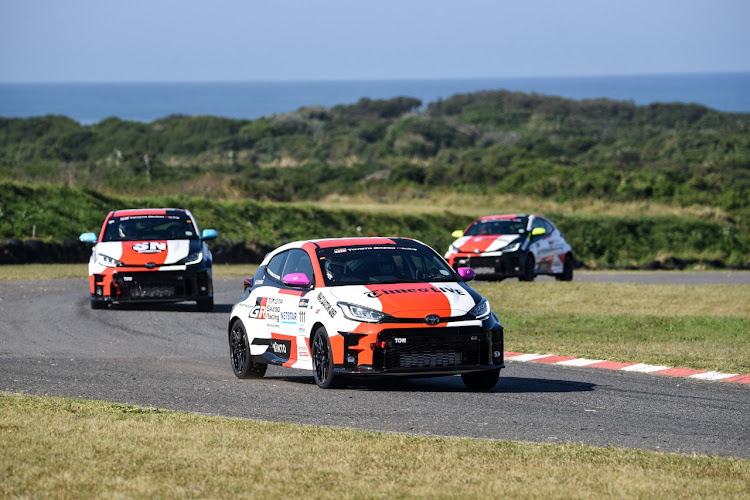 The East London Grand Prix Circuit is a fast one with the GR Yaris race cars reaching speeds of 220km/h.
Image: Supplied

In the second practice session I worked on refining my lines and braking points as well as trying not to touch the brakes in Potter's Pass. I kind of got this right for a few laps where I instead lifted off the throttle just a little before turning in for the apex; an action that not only felt downright gnarly but also elevated my exit speed by an extra km/h or two. Nice.

Catching up with the Toyota GR Cup

It was back in February when I announced that I was one of six local motoring scribes picked to compete in the newly formed Toyota GR Cup.
Motoring
1 month ago

Join Ignition TV as they take an in-depth look at the Toyota GR Cup: an exciting one-make series that pushes the brand's feisty GR Yaris to its limit ...
Motoring
2 months ago