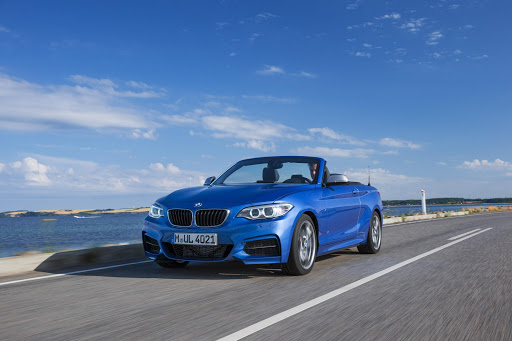 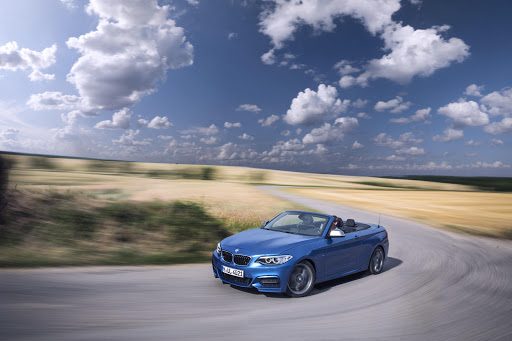 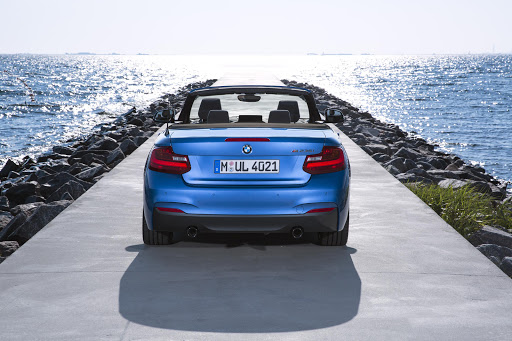 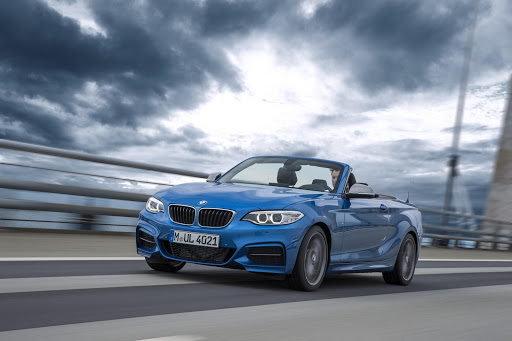 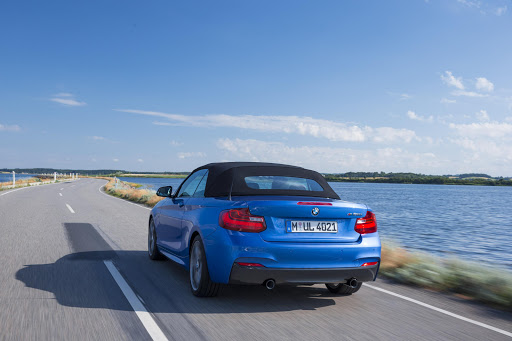 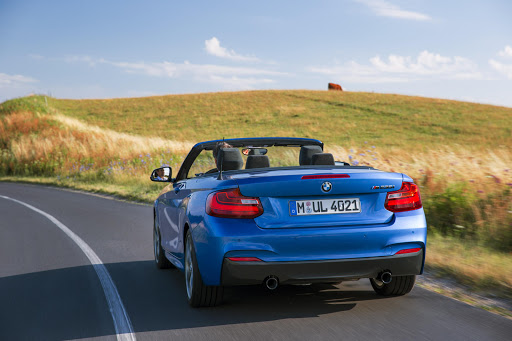 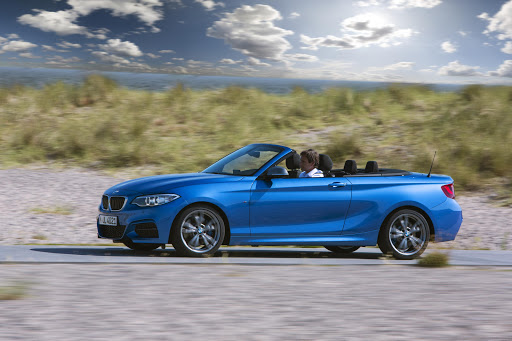 The BMW 2 Series has enjoyed a warm reception since its local launch earlier this year. Things look set to heat up even further with the release of the Convertible version. It will arrive in South Africa in the first quarter of 2015.

As is the case with the rest of the BMW line-up, buyers will be able to take their pick from various styling lines, including the Advantage Line, Luxury Line, Sport Line and M Sport package.

Compared to its predecessor, the 1 Series Convertible, the newcomer is longer (72mm) and wider (26mm). Luggage space has increased by 30 litres too – allowing capacity for 335 litres with the top up and 280 litres with it down. The fabric roof sheds in 20 seconds and can be opened or closed on the go, at speeds of up to 50km/h. You can have it with one of three colours: black, anthracite or an unusual brown shade.

According to BMW, the topless 2 Series is about 20 percent more rigid than the model it replaces and boasts better aerodynamics than the competition – the likes of the Audi A3 Cabriolet.

Apart from having the sky as its ceiling, the convertible is pretty much identical to its hardtop sibling. It is equipped with BMW’s EfficientDynamics technologies, including start-stop and the navigation system – an optional extra – also comes with what the manufacturer calls a Proactive Driving Assistant.

Now, you already know about the dynamic losses that beset a roofless iteration of a hardtop car. But BMW is adamant that the Convertible will still deliver the engagement and solidity of its Coupe sibling. They will even go as far as offering buyers kit like a limited-slip differential (for the M235i only) through their BMW Accessories department.