A closer look at the new Volkswagen Tiguan 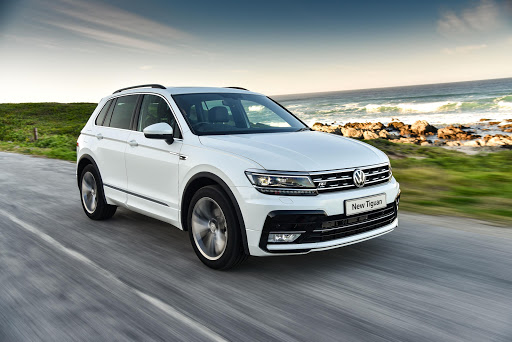 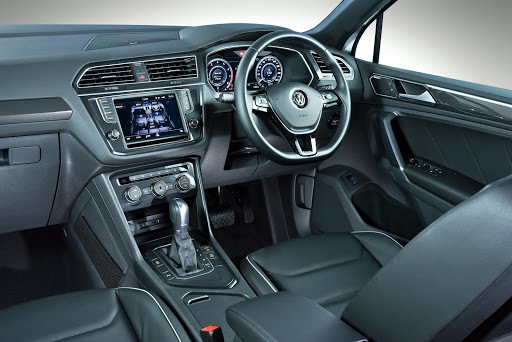 Finally, Volkswagen’s Tiguan has shed its grey, uninspiring threads for some contemporary, even more agreeable garb that looks set to bring more variety to a segment that continues to grow in earnest. Let’s face it, in order to spark interest and ultimately net new punters to your brand, the product needs to firmly stand head and shoulders over its rivals in one way or another.

In the instance of the new Tiguan it not only moves upstream in terms of styling and overall premium finishes, but it is the company’s first SUV to be built on the versatile MQB platform. The underpinnings, which first underpinned the current Golf, means that the cabin, engine and transmissions will be familiar territory for both current Golf and Passat owners.

Since the launch of the previous generation Tiguan in 2008, it has sold 19,000 units in SA, but I am of the view that the current generation will more than likely double if not even treble that figure. Time will tell whether I am on the money on this, but the product itself speaks volumes, so that is half the battle won on VW’s part.

The model has grown in size, being 60mm longer and 30mm wider, while being 33mm lower and 53kg lighter than its predecessor. The seats have been set 8mm higher in order to provide that commanding seating position that remains so popular in this segment. The wheelbase at 2,681mm is some 77mm more than the outgoing model, which has yielded significantly more legroom space.

Boot capacity has increased by 49l to 520l, which can further be expanded to 1,655l with the folding of the rear seats.

Styling wise, particularly from the rear three quarter angle, shows hints of the first generation BMW X5, which in itself remains an endearing design, so not a bad thing.

All models we drove at the launch were festooned in the optional R-line package (R18,000), which adds some sporty elements such as a chrome finished plastic grille and 19-inch alloy wheels among others. It comes highly recommended as it really gives the model purposeful kerb appeal.

Interior appointments, as mentioned briefly, mirror those of its Golf and Passat siblings, which means high quality materials, fit and finish, not to mention technological features. For instance, the model can be equipped with the optional digital instrument cluster first seen in the Passat, which beams all essential driver information in the cluster that will otherwise only be available in the infotainment system. Speaking of which, the infotainment system can now be specified with App-connect, which includes Apple CarPlay that mirrors your iPhone screen features onto the vehicle’s system using a USB cable. This negates the need to pair the car to your phone via Bluetooth. – Lerato Matebese

At launch, two engines, both 1.4l TSI in two states of tune are on offer. The lower powered variant pushes out 92kW and 200Nm, while the more powerful makes 110kW and 250Nm. There are two trim levels on offer; Trendline and Comfortline, the latter available with both six-speed manual and seven-speed DSG gearboxes, while the former exclusively comes with the manual transmission.

These will in the fourth quarter of 2016 be joined by the 2.0l TDI variants available in 81kW, 105kW, and 130kW. In addition there will also be the flagship 2.0l TSI with 162kW and 350Nm — essentially the same engine as the Golf GTI. All the 2.0l models will be fitted standard with the company’s 4Motion, four-wheel drive system. Sadly, the recently announced 2.0l BiTDI with 174kW and 500Nm will not be made available in SA for now, pending high temperature testing. According to a VW spokesperson, SA is working closely with Australia, which is also a hot climate market, to find cooling solutions that could see the model make its way here in the future.

That said, we drove the high powered 1.4l TSI DSG at launch and it proved adequate if a little sluggish on initial pull off. It does require one to bury the throttle to get it going, but it manages to cruise exceptionally well at the national limit. In addition, the engine comes with cylinder deactivation, which shuts down two cylinders under partial engine load or when coasting, all in the interests of reducing consumption and emissions.

For those with towing aspirations, the model is rated at 2,500kg (braked trailer), but of course this will depend on the engine derivative, the likely preference being the diesels with their inherently higher torque outputs.

Having spent time at the helm of the new Tiguan I have gleaned that it is a polished, stylish, and decently priced (R378,000 to R457,680) proposition for those in the market for a compact SUV with premium aspirations. It is definitely worth a look.