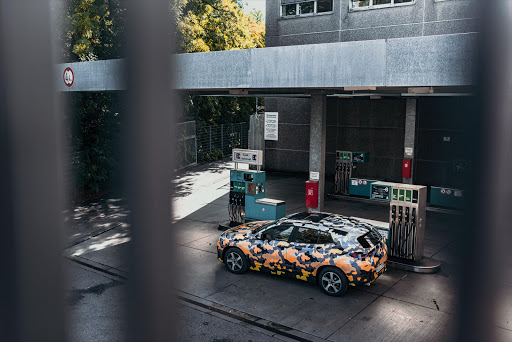 BMW X2
Originally, we only had the BMW X5, then the X1, X3, X4 and X6, plus a few performance variants. It was only a matter of time until the gap was filled and we got a BMW X2, and the German luxury manufacturer has now all but revealed the car, with a series of images that don't leave much to the imagination.

With the X2 images, BMW is following a current, somewhat annoying trend among manufacturers where they effectively release their own "spy-shots" of a new model.

Unlike the hurriedly-taken, often blurred paparazzi images snapped while a new model is undergoing vital road tests, these are perfectly posed and shot images of the new X2.

However, they are taken at clever angles to avoid revealing absolutely everything, and the vehicle itself is swathed in camouflage.

It could be that BMW doesn't have precise statistics for power, pricing, performance and fuel-economy, and wants to remain relatively coy about the new model while still building interest and enthusiasm.

But Ford didn't have any such issues with giving the world clear images of its latest models before it could reveal intricate details, so it's hard to understand why BMW didn't leave the camouflage off.

The good news is there appears to be plenty of the X2 Concept left in the almost-reveal of what this close-to-production-ready X2. It certainly looks to be well worth waiting for though, as even the camouflage can't disguise the crossover's aggressive, scowling headlights, the inverted kidney grille, or the triangular motif around the fog lights and lower grille, obviously inspired by the intake vents of the X2 Concept.

There is no official word about when it will be properly unveiled to the waiting world. The X2 might make its debut at the upcoming Frankfurt Motor Show, but it seems more likely we'll get a proper look at it at the start of December at the LA Auto Show. - AFP Relaxnews