All you need to know about the new Megane RS 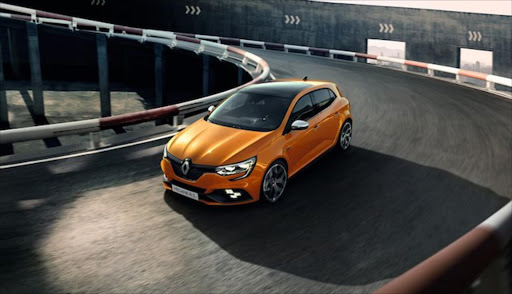 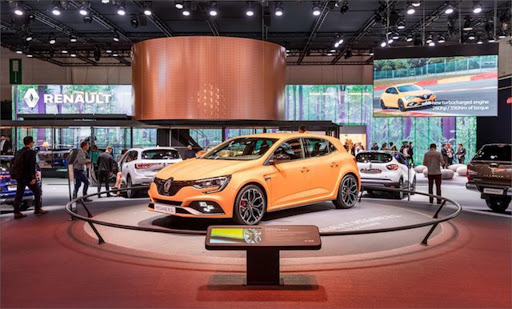 The big reveal for Renault at Frankfurt was not a new electric vehicle. It was the new Megane RS, an adrenaline-pumping, internal combustion-engined hot hatch.

But before we get to the details of the latest Renault Sport missile, we spoke with Patrice Ratti, MD of Renault Sport and Eric Magnan, the company’s products and projects director — and the initial topic was electrification.

"It is clear there will be electric sports cars," says Magnan. "We cannot stay as oil burners."

Magnan confirms plans are under way for an electric RS model. "An RS EV (electric vehicle) will keep some RS DNA in terms of handling, but feature some new characteristics," he says.

"We have seen that adding some electric power like in the McLaren P1 and LaFerrari adds some enjoyment."

Says Ratti: "We need to please our customers and meet regulations," adding, though, that care needs to be taken. An electric system adds a lot of weight to the car, he says.

For him, it is imperative than a model "has to be a Renault Sport".

So we wait to see exactly what the company — which is already doing well in the FIA Formula E championship — can come up with, but for now it is all about petrol-power with the new Megane RS.

Walking us around the vehicle, Magnan says that Renault wanted to improve its design. It features a unique side body over the regular Megane and overall he says it is "designed for performance — there is nothing that is fake".

That includes the new rear diffuser that helps with downforce at speed, as well as the breathers behind the front wheel arches. The new model is 60mm wider than the standard model at the front, while 45mm has been added to its width at the rear.

Up front it also gets the new RS Vision chequered flag lighting system, while at the rear Magnan says it has something in common with Lamborghini by using a trapezoidal exhaust tip.

Beneath the bonnet sits a new direct injection 1.8l turbocharged petrol motor, pushing out around 209kW and 380Nm of torque. SA will get both Cup and Lux versions of this initially in the second quarter of 2018, but it will be followed by the Trophy version which gets an additional 15kW and 40Nm.

Following its debut on the Megane GT, the new RS derivative will also get 4Control rear-wheel steering. Magnan says it is basically the same system as on the GT but tuned for the RS. It will allow more direct turn-in and more stability when exiting corners. Stability will also be helped by new front super struts and bringing the Megane RS to a halt will be bigger front brakes.

As with the outgoing generation, the new model will be available with two different chassis options, one for the Lux and one for the Cup and Trophy. The Lux is, of course, engineered to be slightly more comfortable than its siblings, but Magnan says Renault has tried to add more comfort to all models with four hydraulic bump stops to improve comfort while also reducing body roll.

Catering for those who are slightly more enthusiastic drivers, the Cup version will come with a mechanical Torsen limited slip differential with an increased transfer rate, which Magnan says "helps you to oversteer". That will be interesting to put to the test in a front-wheel- drive car, with Renault Sport staying clear of making its latest RS model all-wheel drive

The new model is a "car for people who love to drive", says Magnan, which is also perhaps why it will come with a six-speed manual gearbox.

For those who like an automatic, there will also be the option of a six-speed EDC dual-clutch transmission.

Inside, there are elements of RS treatment including red trim inserts, sports seats and a new RS Monitor system accessible via the touchscreen. It looks the part but is slightly more reserved than the dynamic exterior of the latest generation.

While the new Megane RS looks promising, it remains to be seen how well it performs. The latest Clio RS failed to live up to expectations so we hope that Ratti and his team have learnt from that and produced a model that those of us who have always been fans can view as a hot hatch truly worthy of the Renault Sport legacy. – Mark Smyth