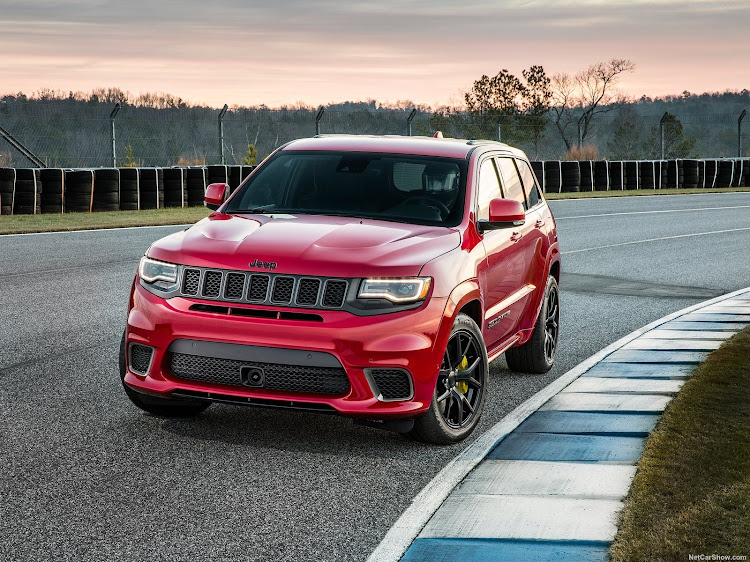 The order books for the Jeep Grand Cherokee Trackhawk are open in South Africa, and the asking price for the most powerful SUV in the land is R2,199,900.

The defining feature that separates this super SUV from the regular Cherokee SRT is the 522 kW and 874Nm supercharged 6.2l V8 engine that nestles under the bonnet. Best known as the ‘Hellcat’ engine, it comes straight of out Chrysler’s Mopar skunk works where components of this Hemi engine are sculpted chiefly with America’s drag-racing culture in mind.

First fitted in FCA’s Challenger muscle car range, this engine that features a raft of strengthened parts is coupled to a TorqueFlite eight-speed transmission and Quadra-Trac four wheel drive with an electronic limited-slip diff. It’s claimed to propel the 2,5 ton SUV from 0-100 km/h in 3.5 seconds, blast past the quarter mile mark in 11.6 seconds and run out of steam only at 290km/h.

It’s also reported to tow 2 905kg. Retardation is by high performance Brembo brakes which are claimed to not only bring the Trackhawk from 100km/h to a halt in 35 metres, they are also reported to be the largest in the segment with 400mm brake discs.

This SUV is equipped with five drive modes primed for optimal deployment of envisaged usage. These are Auto, Sport, Track, Tow and Snow.

Easily identified with body-coloured wheel flares, side sill cladding, a sculpted bonnet with dual heat extractors and a unique Gloss Black rear valence chaperoned by a quartet of Black Chrome tipped big bore exhaust ports, the Trackhawk’s standard ride height has been lowered by 2.5cm and stands on standard-fitment 20-inch light alloy wheels that are 5.4 kg lighter than those of the SRT.

The brutally powerful Jeep is available in nine typical Jeep Grand Cherokee exterior colours of which two, Rhino and Redline II, remain exclusive to this model. For more spot-in-the-crowd posing it has 'supercharged’ badges on both front doors and  'Trackhawk’ pasted on the lift-gate. 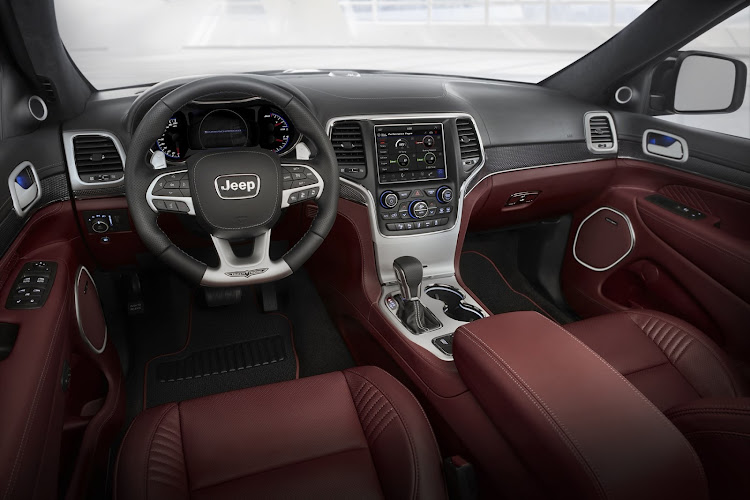