Compact hatch gets a gaping grille and great safety, though it's not yet known whether it will reach local shores 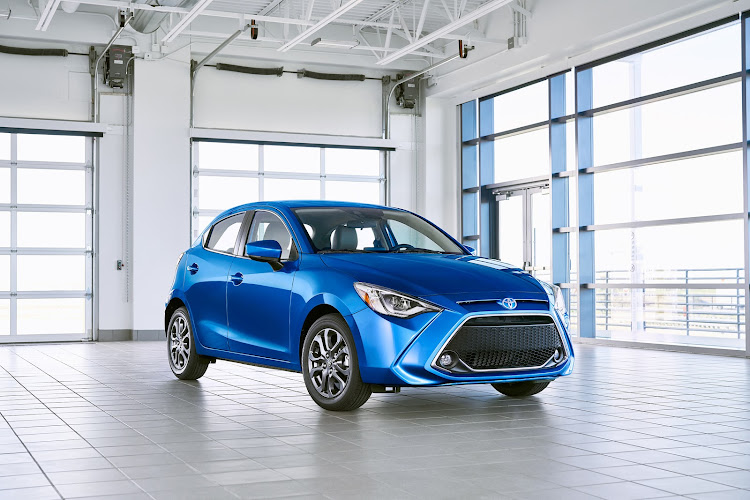 Toyota has revealed pictures of a boldly styled new Yaris ahead of its official unveiling at the New York Auto Show from April 19-29.

The car was revealed on Toyota USA's media site, which said the new car will be offered in that country in two trims, LE and XLE.

The cabin has a simple and neat appearance, with an 18cm touchscreen infotainment system that can also be controlled by a rotary controller between the front seats.

Both versions come with a high level of safety including a Low-speed Pre-collision Safety System that scans the road ahead. If it detects a potential crash it first sounds an audio/visual alert, and should the driver not respond it automatically applies the brakes. The car also comes  standard with stability control, ABS brakes and six airbags.

Power comes from Toyota’s familiar 1.5-litre normally-aspirated VVT-i petrol engine, with outputs of 79kW and 140Nm. It's paired with a six-speed automatic transmission with no option of a manual.

It isn't yet known whether the new Yaris is headed for SA.

Early last year Toyota SA replaced the Yaris that was sold in most of the world, including SA, with a larger and differently styled Yaris built for the Asian market and assembled in Thailand.

"We will continue with the Thai-sourced model for now as market acceptance has been good," says Toyota SA spokesman Riaan Esterhuysen.

"We may evaluate this new version for introduction at a later stage, to potentially cater to a different part of the segment."