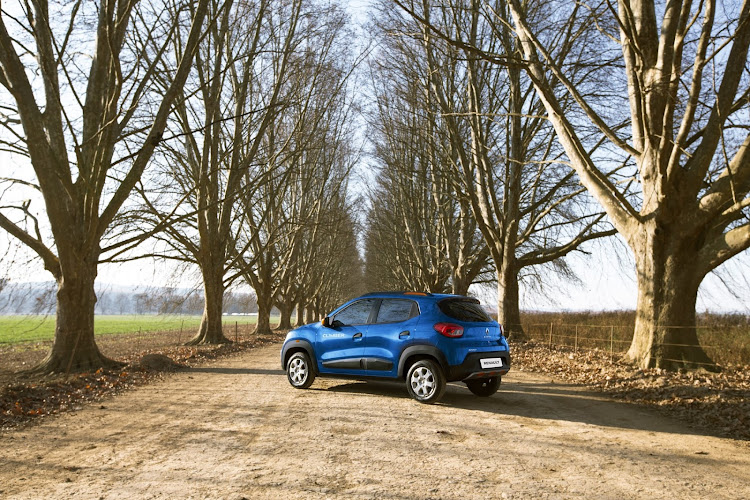 Ah, yes, the Renault Kwid. An insipid little budget car that like some malevolent siren lures unsuspecting buyers into its clutches with the promise of a touchscreen infotainment system, air-conditioning and a year's free insurance. Safety? Well the Kwid's appalling crash test performance (it managed to score only one solitary star in rigorous Global NCAP testing – watch the video here) has been expertly glossed over with the promise of Apple CarPlay, Bluetooth and a USB port.

It's a marketing pièce de résistance that in March saw Renault SA sell 1,081 Kwids (a figure that sees it tie with the Toyota Corolla).

Now ever since its launch in 2016 there have been certain upgrades made to the Kwid to help create this perception of enhanced safety: a convenient illusion that lulls the public into believing that Renault's most affordable car is actually not as bad as noisy motoring journalists such as myself make it out to be. A driver's airbag was the first update and this week Renault SA announced that all Kwid models will now come fitted with ABS brakes as standard. Big whoop. The fact remains that this car's body – its actual structure – is inherently unstable and barely up to the job of absorbing a frontal impact at 64km/h.

At this speed and above an airbag is not the gamechanger the salesman in the Renault showroom would lead you to believe. Think I'm joking? Take a good click through the Global NCAP website and you'll see that, performance wise, there's really not that much between a Kwid equipped with an airbag and one that's not. You can't argue with the data.

So while the addition of ABS will probably help you avoid an accident at some speeds, you're still en route to a pretty grisly aftermath should you be unfortunate enough to make contact with another vehicle or clip some roadside furniture. But, hey, don't allow these few inconvenient truths get in the way of that seven-inch touchscreen, Waze compatibility and hands-free telephony. Lord knows some 20,000+ people haven't.

'They're noisy and wear out fast, but they're safe!' Renault on Kwid brakes

It’s Renault’s biggest seller by far in South Africa, but many Kwid owners have been less than impressed with its “under the skin” quality.
News
2 years ago

Dual airbags, ABS brakes and an improved interior come at a price as the Datsun Go is no longer the the bargain-basement buy it used to be
Motoring
2 years ago

The results of the latest crash tests on vehicles sold in SA reveal some marques are risking the safety of their customers, writes Mark Smyth
Motoring
3 years ago