The Evija will have an astonishing output of 1,470kW - and it's electric 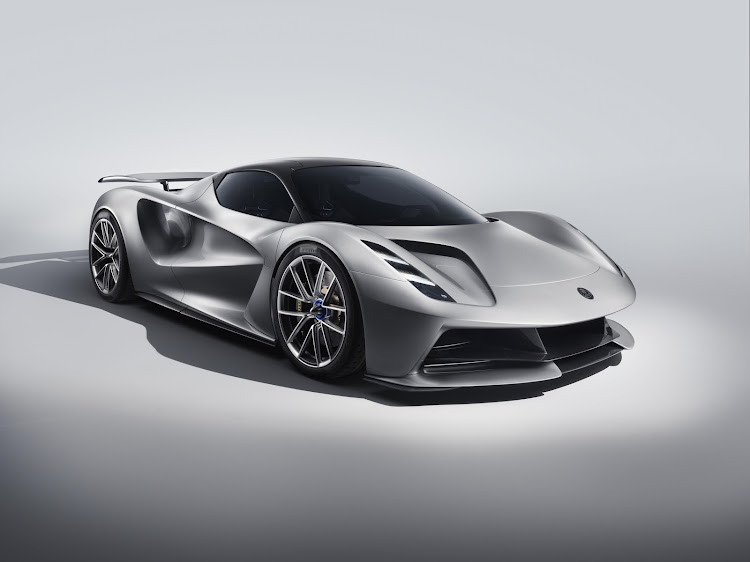 Battery powered Lotus Evija will have a top speed of 320km/h.
Image: Supplied

British sports car maker Lotus revealed its pure electric hypercar on Tuesday, with a target power output of 1,470kW that makes it the world’s most powerful series production road car.

Called the Evija, it's the first completely new vehicle to be launched under the stewardship of Chinese firm Geely which acquired a majority stake in Lotus in 2017.

The Evija, to be produced at the firm's factory in Hethel, eastern England, will have a limited production run of just 130 cars and will be built from 2020

The battery-powered sports car will sprint from 0-100km/h in under three seconds and reach a 320km/h top speed, says Lotus.

The model, which will cost from 1.7 million pounds (R29m), will have a driving range target of 400km as manufacturers race to improve low and zero-emissions technology to meet stricter emissions rules and win over more environmentally-conscious buyers.

"It will re-establish our brand in the hearts and minds of sports car fans and on the global automotive stage," said LotusChief Executive Phil Popham.

"It will also pave the way for further visionary models," he said.