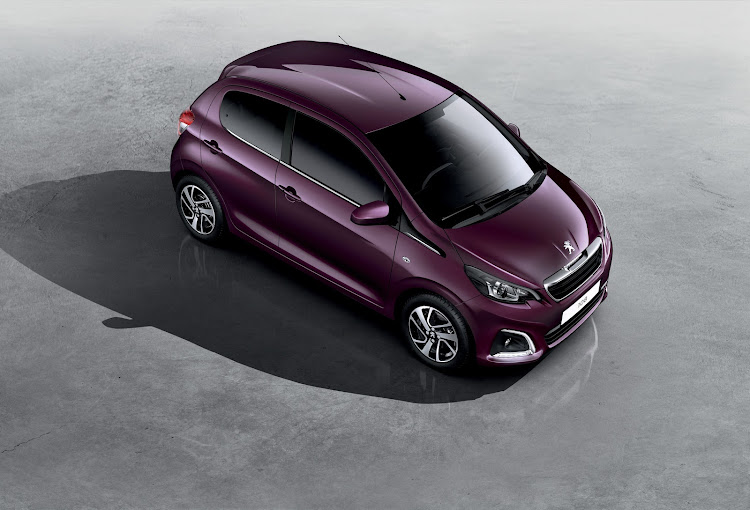 The Peugeot 108 is a city car with a lot of spec, including six airbags, for the R179,000 price. Picture: SUPPLIED

Peugeot aims to more than double its share of SA’s new-vehicle market within the next few years, aiming to grow from about 1% to 2.5% by 2021.

As part of an ambitious plan to grow the struggling lion-badged brand, the company has appointed Xavier Gobille, the man behind rival Renault’s dramatic rise in fortunes and market share a decade ago, as the new MD of Peugeot-Citroën SA (PCSA).

His strategy includes reintroducing Citroën to the country after the brand, known for its quirky designs and uniquely French character, stopped selling vehicles here at end-2016 due to slow sales. Citroën will relaunch in SA in October with the introduction of three new models.

“In Europe Peugeot has an 18% market share and in SA it’s 1%. When I see that figure I think ‘what a shame’ but also ‘what an opportunity’,” Gobille told a media gathering in Hartebeespoort last week. “Today is a brand relaunch, and PCSA is back in the race.”

Having sold cars in SA since 1902, Peugeot withdrew from the country in 1985 for political reasons but returned in 1995 with McCarthy appointed as the importer. Peugeot Motors SA took over in 2002.

Xavier Gobille, who turned Renault’s fortunes around in SA, plans to do the same with Peugeot and Citroën. Picture: DENIS DROPPA

Peugeot has good cars that have won international awards and elicited mostly positive reviews, but the brand has largely failed to resonate with local buyers. Sales in 2019 have averaged less than 90 cars a month, against rival Renault, which manages more than 2,000.

Peugeot’s lack of local popularity is partly due to negative perceptions about customer service, and to what Gobille admits was a disconnect between the distributor and the dealer network.

To address this, the Frenchman has appointed a largely new sales and marketing team, and trained staff at Peugeot dealers to improve customer relationship management and after-sales efficiency. Gobille took a sword to 30% of the dealer network — those he says didn’t match the expectation of the brand — and new dealers will be appointed to replace them. By year-end the network will grow from 25 to 30 dealerships.

Gobille’s product reboot includes culling slow-selling models from the line-up, including the entire 308 range and a number of derivatives from Peugeot’s other ranges.

The focus will be on the strong-performing SUV and A/B passenger-car segments, and to this end Peugeot has introduced the new 108 subcompact hatchback and the 5008 luxury SUV.

Peugeot’s little city car is related to the Citroën C1 and Toyota Aygo, sharing the same platform and engines.

The entry point into the brand, the Peugeot 108 is a small car with an extrovert character and makes an appealing prospect for students and other first-time buyers. Apart from its cousin Aygo, it is pitched against rivals such as the Hyundai Grand i10 and Kia Picanto in the mini hatchback segment.

The modern infotainment system includes a mirror-screen function so drivers or front passengers can operate their smartphones from the car’s touchscreen.

Supplying the power is a 1l three-cylinder engine with outputs of 53kW and 93Nm, paired with a five-speed manual gearbox. It is humble power mostly suited to commuting, but open-road driving isn’t off the repertoire as Peugeot claims a useful 160km/h top speed.

At just 3,475mm long, the five-door hatchback is tiny but offers enough room for four adult passengers at a squeeze. The 196l boot, which carries a space-saver spare wheel, will accommodate a couple of tog bags and expands to 780l with the seats flipped down. 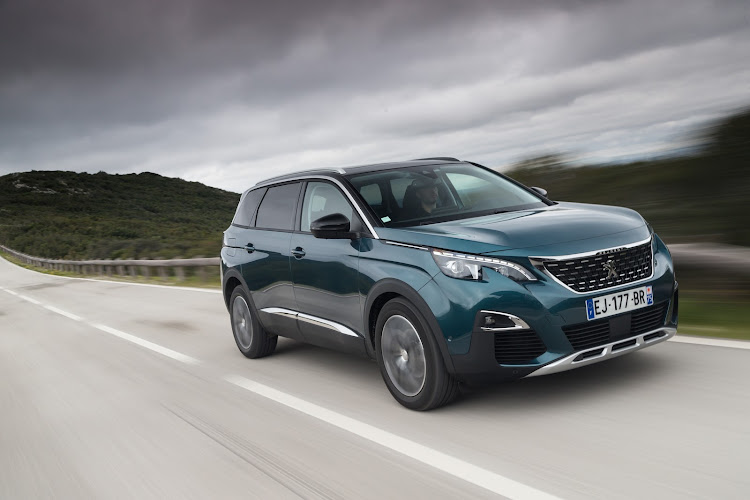 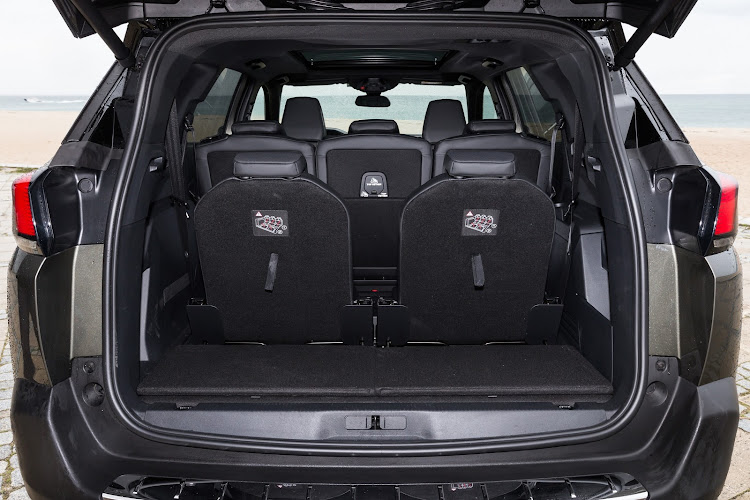 Peugeot SA is expanding its presence in the popular and growing SUV category by adding the new 5008 to its existing 3008 and 2008 ranges.

The French brand’s flagship vehicle started life as an MPV when it was first launched in 2009, but as that segment has all but died the second-generation 5008 was reborn as an SUV. It’s essentially an extended version of the 3008, with a longer wheelbase and two extra seats.

It doesn’t have much off-roading ability as it’s only a front-wheel drive, but it has the raised ground clearance so many buyers crave, and will fulfil the soccer-mom-mobile role with its 4,641mm length and seven seats. The front two rows offer stretch-out space for up to five adults, while the two rearmost seats are suitable for small children and can fold flat into the boot area or be removed from the vehicle when not needed.

Standard boot space in the 5008 is a very roomy 780l, expanding to a cavernous 1,940l with all the seats flipped down — enough to easily swallow mountain bikes or surfboards.

NEW MODELS | Brabus turns the G-Wagen into a supercar

NEW MODELS | Latest Opel Corsa is all grown up and intelligent