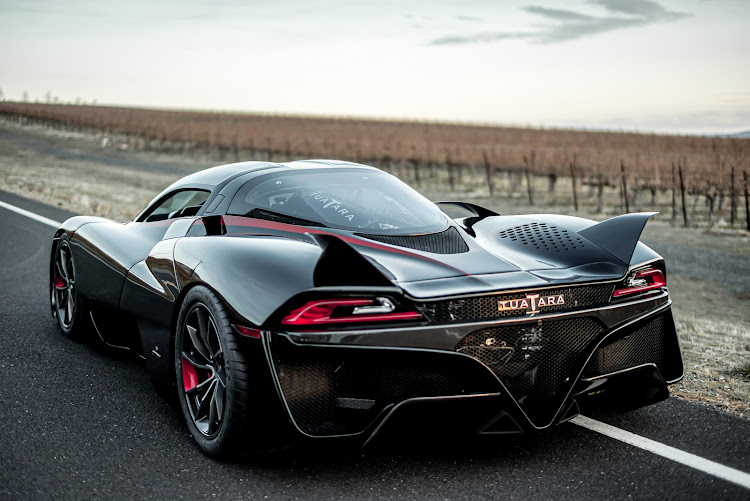 American hyper car is claimed to have a top speed in excess of 480km/h.
Image: Supplied

It isn't as well known as Lamborghini or Bugatti, but America's SSC (formerly called Shelby SuperCars) is a niche automotive firm that produces one of the world's most exciting sports cars - or hyper cars to be exact.

The SSC Tuatara wields 5.9 litres of twin-turbo V8 muscle which produces an astonishing 1,007kW of power on regular 91 Octane petrol and an even mightier 1,300kW on E85 ethanol-petrol fuel - that's nearly triple the power of a BMW M5.

Drive is thrust to the rear wheels via a seven-speed robotised manual transmission, and the American charger is claimed to blitz from 0-100km/h in under three seconds and achieve a top speed in excess of 480km/h.

SSC has released a video showing the Tuatara in action, spitting flames from its exhausts as its high-revving V8 spins to 8,800 rpm between gearshifts.

Since 1998, SSC has been pushing the limits of high performance vehicles. In 2007, the SSC Ultimate Aero was crowned the Guinness World Records' fastest production car after clocking 412.28km/h.

SSC claims the Tuatara, the successor to the Aero, has the lowest drag coefficient in the class at 0.279, and the car is influenced by fighter jet aerodynamics. Production will be limited to 100 cars.

Get ready for the world’s most powerful sports car