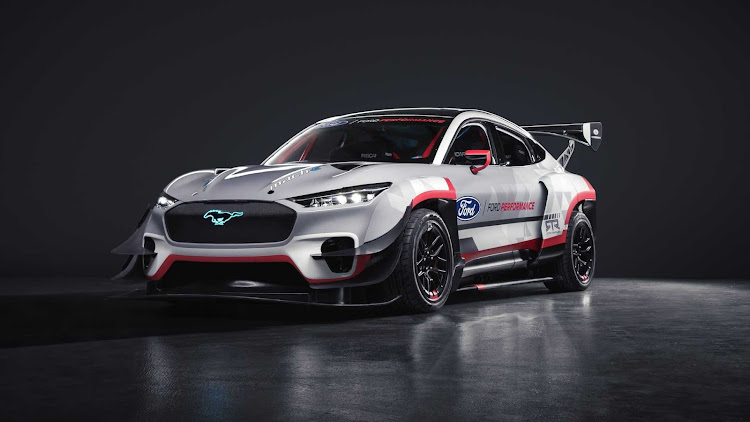 "Anything you can do, I can do electric."

With that catchphrase, the one-off Mustang Mach-E 1400 prototype burns rubber and explodes into high-pitched action in a video released by Ford to create hype for the upcoming Mustang Mach-E electric SUV.

Making its first appearance at a Nascar race soon, the Mustang Mach-E 1400 is an all-electric road rocket that shows just how much performance can be harnessed without using a drop of fuel.

Developed in conjunction with Ford high-performance tuning firm RTR Vehicles, this one-off Mustang Mach-E uses seven electric motors to produce 1,030kW of thrust, along with high downforce to make it ready for the track, drag strip or gymkhana course – anywhere it can show how electric propulsion promises extreme Mustang performance.

In the video, the driver selects "Unbridled" mode on the touchscreen before blasting down a test circuit in a race against a posse of petrol-engined fast Mustangs, including the highly-modified "Hoonigan" Mustang that Ken Block has made famous with his stunt-driving antics in the Gymkhana series on YouTube. 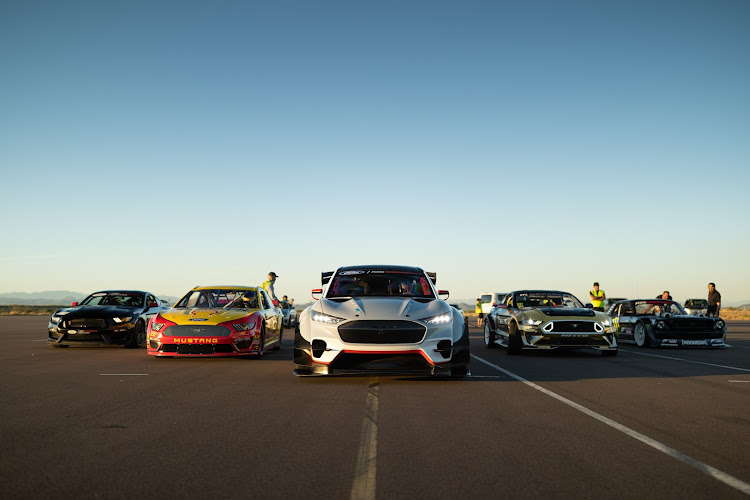 The electric Ford takes on a posse of petrol-powered Mustangs.
Image: Supplied

Utter mayhem ensues as the screaming 'Stangs power slide their way through a drift course and a gymkhana.

“Getting behind the wheel of this car has completely changed my perspective on what power and torque can be,” said Vaughn Gittin Jnr, founder of RTR Vehicles, motorsports champion and professional fun-haver.

“This experience is like nothing you’ve ever imagined, except for maybe a magnetic roller coaster.”

Turn up the sound, watch and enjoy.