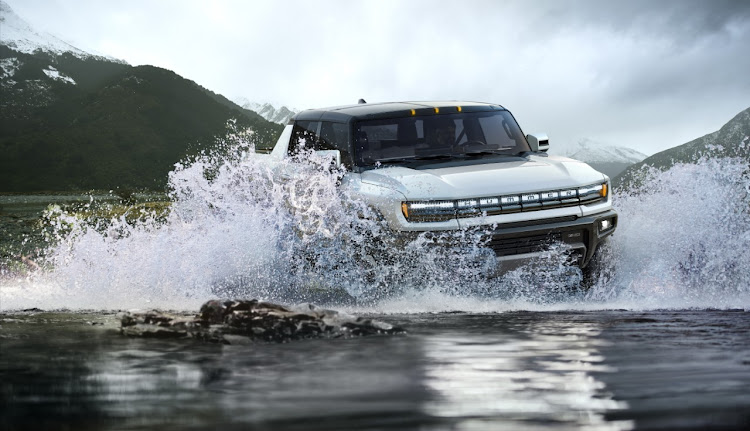 GMC has sold out the first year's worth of its hulking GMC Hummer EV electric pickup.
Image: GMC

General Motors Co said it has sold out the first year's worth of its hulking GMC Hummer EV electric pickup truck after a splashy video reveal on Tuesday.

The Hummer EV was designed and engineered in 18 months, GM officials said during a presentation on Wednesday. The brawny truck can “crab walk” sideways on rough terrain using its four-wheel steering system, and has a “Watts to Freedom” mode that accelerates the truck to 100km/h in 3 seconds.

Tesla has begun building a factory in Austin, Texas to build the Cybertruck starting in late 2021.

The head of GM's GMC division, Duncan Aldred, said about half the brand's dealers have agreed to sell the Hummer EV line-up. GM is taking orders on its website, and Aldred said the company's intention is to offer no-haggle prices. The online reservations and firm pricing are similar to the Tesla approach.

High-performance electric pickup trucks could be a crowded niche in the US market, with eight companies promising to launch models by the end of 2021.

Ford Motor Co is promising an electric version of its F-series pickup, though Ford has said its electric pickup will be aimed at customers who want to use the truck for work. GM has Chevrolet versions of its electric truck in the works.

Start-ups Rivian, Nikola Corp and Lordstown Motors are among other companies that have electric pickups in development.

Nissan set to attract attention with its all-new Magnite SUV

Nissan on Wednesday unveiled to the world its all-new Magnite compact crossover SUV.
Motoring
1 year ago