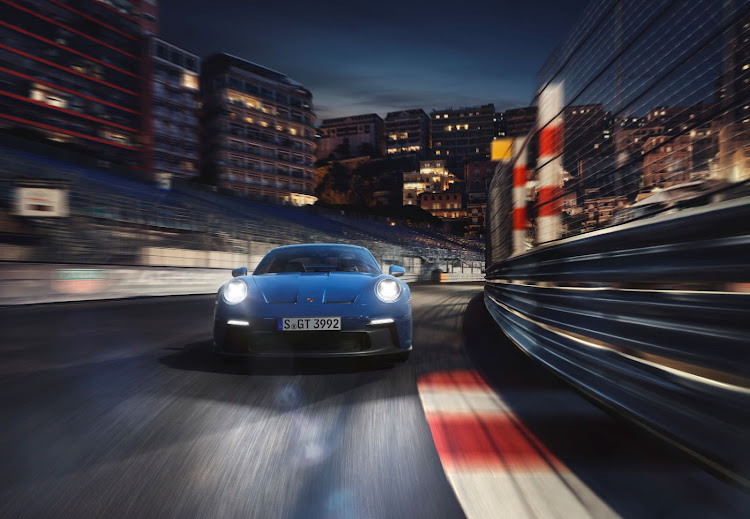 The tease is over. After months of spy-shots and internet speculation Porsche on Tuesday at last pulled the silken wraps off its all-new 911 GT3. Based on the 992 that has been with us since 2019, this racy newcomer is now the most track-focused derivative in the current 911 model line-up and features an impressive amount of motorsport-derived technology.

Indeed, the heart of the beast is a glorious naturally aspirated 4.0-litre six-cylinder boxer engine that comes straight out of the firm's 911 GT3 Cup racing car and revs all the way up to an intoxicating 9,000rpm. Sporting individual throttle bodies and a new lightweight stainless steel exhaust system, this unit now delivers 375kW and 470Nm worth of torque. 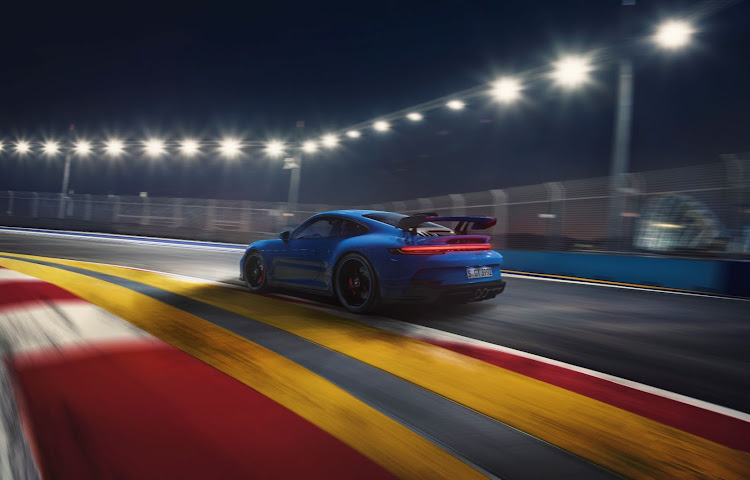 Drive is sent exclusively to the rear wheels (duh) via your choice of either a seven-speed PDK or six-speed manual transmission. Performance figures? You're looking at a claimed 0-100km/h time of 3.4 seconds for the former and 3.9 seconds for the latter. You can expect the PDK to reach a top speed of 318km/h while the manual raises this by 2km/h.

V-Box numbers aside there are also a few less obvious differences separating these two gearboxes, weight being one of them. Tipping the scales at 1,418kg the manual 911 GT3 is exactly 17kg lighter than its PDK equivalent. The manual also comes equipped with a mechanical limited-slip differential while the snappy dual-clutch version gets a bespoke electronic LSD. Both variants, however, benefit from Porsche Torque Vectoring (PTV), Porsche Active Suspension Management (PASM) with variable damping and a sport chassis set-up that sees the GT3 sit 20mm lower to the asphalt than the standard 992 Carrera S. 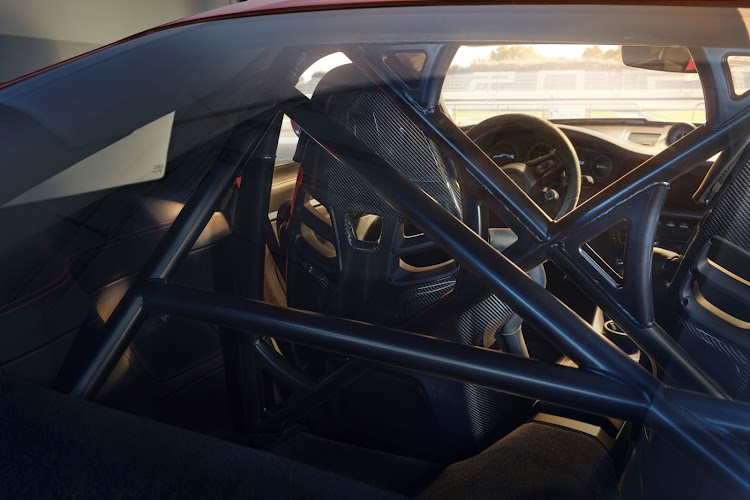 Clubsport Package is a no-cost option and bolts in a half roll cage.
Image: Supplied

More motorsport DNA can be found up on the front axle where the new 911 GT3 shares its double-wishbone front suspension with the 911 RSR race car that's been used in battle at circuits such as Sebring, Le Mans and Spa-Francorchamps to name but a few. This is a big deal. Not just because it allows for sharper handling and more precise geometry but also because it's the first time this particular suspension set-up has been used on a road-going 911. Porsche also took the opportunity to re-engineer the car's multi-link rear suspension, which now features additional ball-joints for the lower wishbones and bespoke dampers.

Rear-wheel steering comes fitted as standard and turns the rear wheels by up to two degrees in the same or opposite direction to the fronts, depending on driving speed. This offers better stability at high speeds and enhanced agility in tighter urban environments. 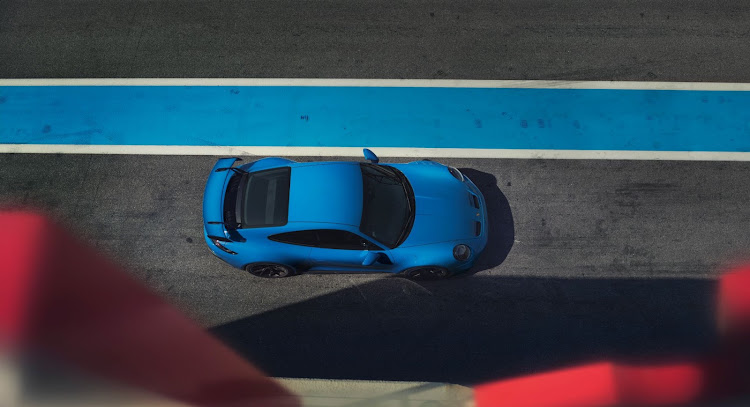 A CFRP roof is available as an option.
Image: Supplied

Built to be driven hard both on the track and off it, Porsche has gone and bolted some serious stoppers to the new GT3. The front axle now gets bigger 408mm cast-iron discs with six-piston calipers while the rear features 380mm rotors with four-piston rotors. Those seeking even stronger performance can opt for the optional Porsche Ceramic Composite Brake (PCCB) package. As with “regular” 992 models the new 911 GT3 comes with staggered wheel and tyre sizes. Up front 20-inch forged lightweight wheels wear 255/35 Michelin Cup 2 tyres while the rear receives 21-inch wheels shod with 315/30 rubber of the same variety. Extra sticky Michelin Cup 2 R tyres are available as an option.

This insatiable mechanical grip has been aided by impressive new levels of aerodynamic downforce with Porsche claiming that the new GT3 makes 50% more of the stuff than the model it replaces. This has been achieved through the use of a perfectly flat underbody, a new four-way adjustable front air splitter plus a totally revised and (again) motorsport-derived “swan-neck” rear spoiler that also features no less than four angles of attack. The latter works in unison with a rear air diffuser also borrowed from the gnarly RSR racer. 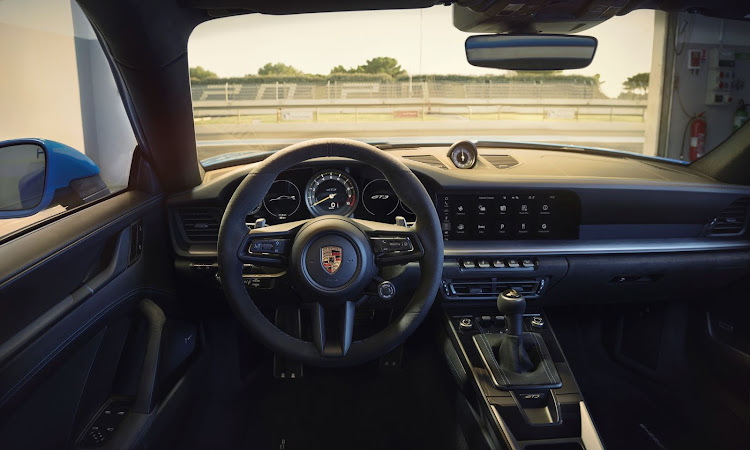 Other notable features of the new 911 GT3 include special lightweight glass and a new carbon-fibre reinforced (CFRP) bonnet. A Clubsport Package is available as a no-cost option and when checked bolts in a roll-cage behind the front seats. It also includes a six-point harness on the driver’s side, a hand-held fire extinguisher and a battery kill-switch. Porsche also confirmed that we can expect a GT3 Touring derivative down the line.

In terms of local availability you can expect the new 911 GT3 to arrive in SA during the last quarter of 2021. Pricing will be confirmed closer to that time and we can't wait to drive it.

Audi SA is on a serious performance drive in 2021. Last week the Ingolstadt-based firm took the wraps off its newly fettled R8 supercar, and today it ...
Motoring
1 year ago