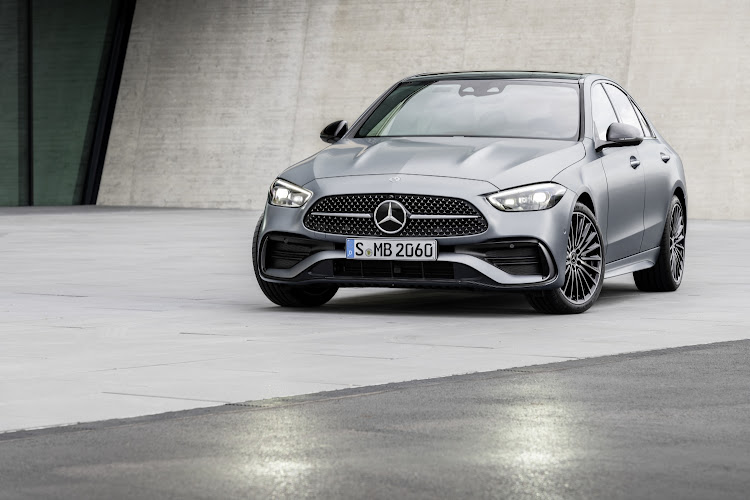 The new Mercedes-Benz C-Class. Notice the 'power bulges' on the bonnet.
Image: Supplied

Mercedes-Benz on Tuesday unveiled to the world its new fifth-generation C-Class.

Known internally as the W206 and available as both a saloon and an estate (if you live outside SA that is), this newcomer adopts styling cues already seen on the Stuttgart firm's popular A-Class, CLA, CLS and E-Class models. Compared to its predecessor the new C-Class sports shorter front and rear overhangs as well as a more angular (read aggressive) visage. You can also look forward to revised light clusters and racy looking “bonnet bulges”. To improve both passenger comfort and luggage space the wheelbase has been stretched by 25mm to 2,865mm. Overall nose-to-tail length has increased by 65mm.

One of the biggest changes, however, can be found under the hood where Mercedes-Benz is doing away with six-cylinder engines. From now on you can pick only from a range of four-cylinder petrol and diesel motors all of which are boosted by a 48-volt mild-hybrid system and something called an integrated starter generator (ISG). The latter is capable of overboosting all variants with an additional 15kW and 200Nm for brief periods. 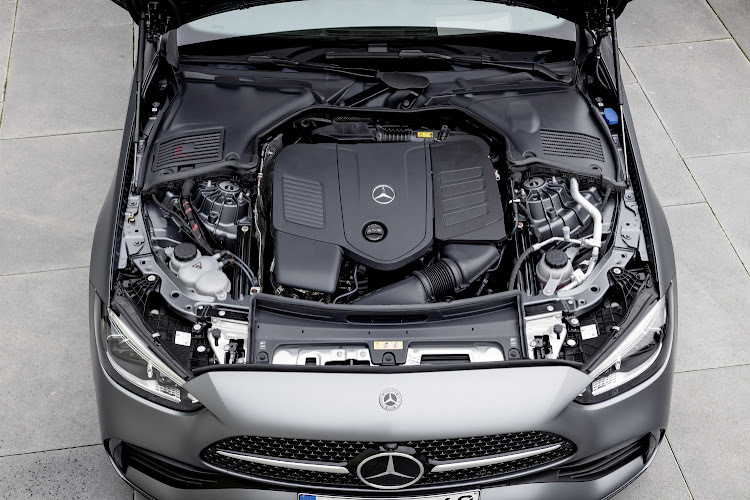 The new C-Class is available exclusively with a range of four-cylinder petrol and diesel engines. All are equipped with a 48-volt mild-hybrid system.
Image: Supplied 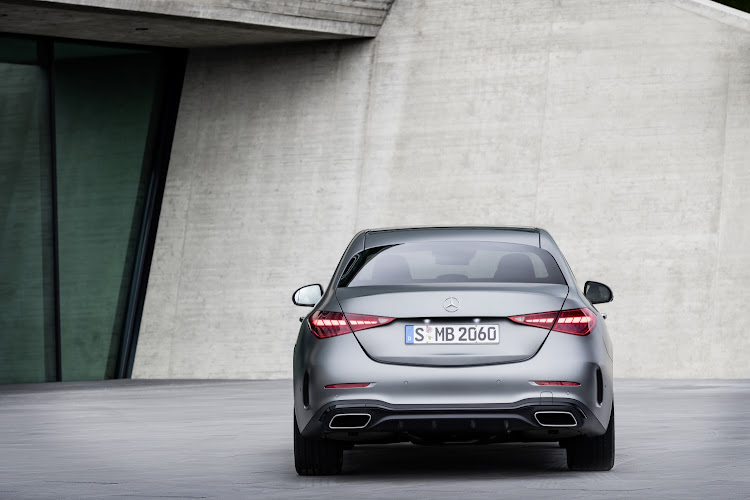 Because Mercedes-Benz wants to kill off the manual gearbox you can order your new C-Class only with a nine-speed automatic transmission. C200 and C300 variants can be had with the firm's 4Matic all-wheel-drive system that's now capable of sending more torque to the front axle for improved dynamics. This system also weighs less than it did before, which helps to improve fuel economy.

Further down the line you can expect the C-Class range to be bolstered by the addition of the C300e plug-in hybrid. Fitted with an engine similar to the one doing duty in the C300, this model's party trick comes in the form of a 25.4kWh battery pack that powers a 95kW/440Nm electric motor. In electric mode it offers up to 100km of driving. 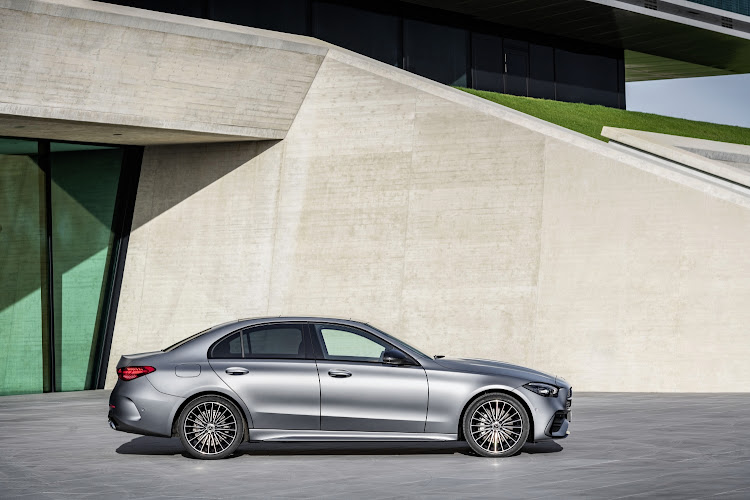 The new C-Class will be made at Mercedes-Benz SA's plant in East London for both domestic and export markets.
Image: Supplied

The interior of the all-new Mercedes-Benz C-Class is, as to be expected, right at the forefront of automotive technology with numerous systems and features being adapted from the current S-Class launched in 2020. As such you'll find a giant “portrait-format” touchscreen looming large on the centre console between the front seats.

As standard it measures 9.5 inches but customers have the option of installing an even larger 11.9 inch version. Here it drives the firm's new second-generation MBUX infotainment system that now offers features such as an enhanced “Hey Mercedes” voice assistant, “Smart Home” functionality, a dedicated music streaming platform and something called “Augmented Video” that basically renders the car's surroundings on the central display for an overall easier navigation experience, especially in urban areas. 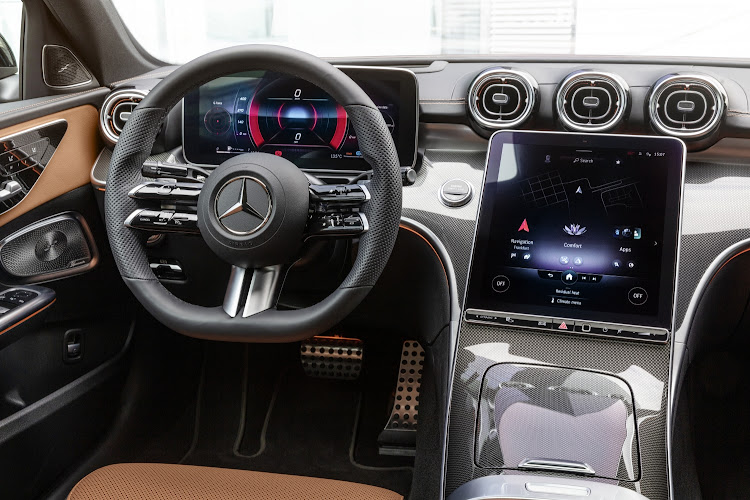 High-tech interior borrows much from the current S-Class.
Image: Supplied

In front of the steering wheel drivers can look forward to a crisp free-standing LCD screen that replaces the conventional analogue instruments of the past. As with the centrally mounted touchscreen it can also be had in two sizes – 10.25—or 12.3-inch.

Set to be built right here in SA at Mercedes-Benz's East London plant the new C-Class will launch locally in the third quarter of 2021. Final pricing and exact model specifications (again, don't hold your breath for the estate) will be announced closer to that time.

Ford on Tuesday announced that it has added an exciting new model derivative to its popular Ranger bakkie lineup. Based on the XLT Double Cab, the ...
Motoring
3 months ago

The tease is over. After months of spy-shots and internet speculation Porsche on Tuesday at last pulled the silken wraps off its all-new 911 GT3
Motoring
4 months ago