BMW announces local pricing and availability of its new 128ti 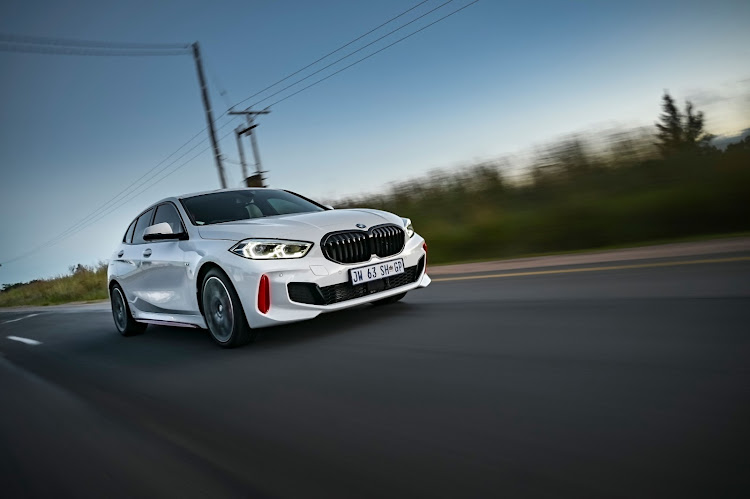 BMW on Wednesday announced that its fiery new 128ti will be launched in SA on March 1.

Built to take on the VW Golf GTI and slotting in below the flagship M135i xDrive, the front wheel drive 128ti enters the fray with a 2.0-litre turbocharged engine tuned to deliver 195kW and 400Nm - in colder climates. In hotter countries such as Australia and, yep, you guessed it, SA, BMW detunes the 128ti motor to deliver a slightly more sedate 180kW and 380Nm worth of torque. Performance figures? You're looking at a claimed 0-100km/h time of 6.3 seconds and a limited top speed of 250km/h. Still quick enough for most, then.

As mentioned before, power is sent exclusively to the front wheels via the firm's familiar eight-speed automatic transmission. BMW's engineers also bolted in a proper Torsen mechanical limited-slip differential as well as firmer anti-roll bars and anti-roll bar mounts with higher preload. Other tweaks include a specially-tuned M Sport suspension that lowers the car by 10mm, plus a remapped electric power steering (EPAS) system. 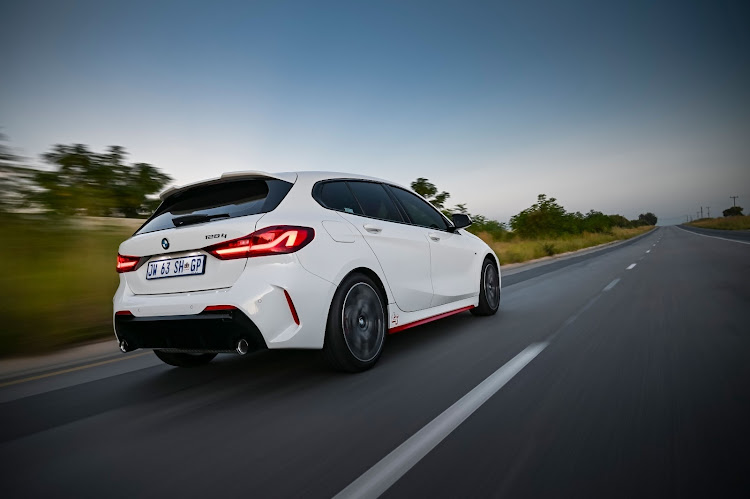 Weighing 80kg less than the M135i xDrive, the 128ti rides atop unique 18-inch Y‑spoke wheels that can, at no additional cost, be shod with ultra-sticky Michelin Pilot Sport 4 tyres. An M Sport braking system with red-painted brake calipers is standard.

Moving on to the aesthetic side of things, you'll find that the 128ti differentiates itself from lesser 1 Series thanks to an extended “Shadowline” package that applies a black high-gloss finish to both the kidney grilles and side-mirror caps. The M Sport model gets an extra shot of visual aggression with the side skirts and front and rear air curtains finished in red (cars ordered in Melbourne Red or Misano Blue get more subdued black accents). 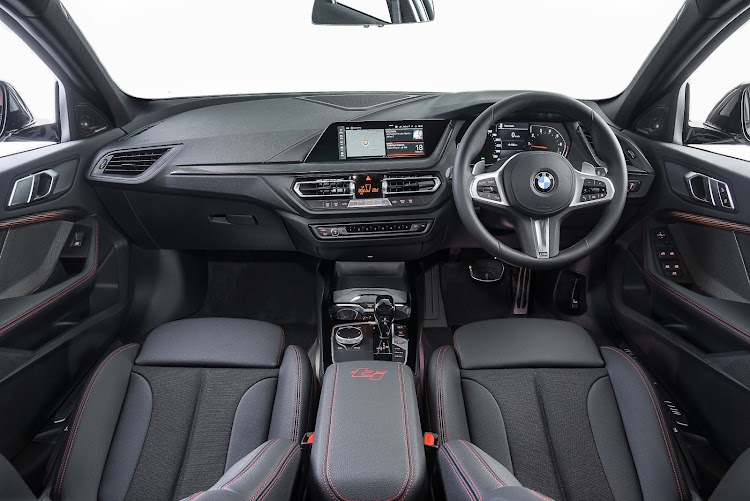 The cabin gets an embroidered 'ti' badge on the central armrest.
Image: Supplied

The cabin continues the racy vibes with standard sport seats with red detailing. Red contrast stitching has also been applied to the door trim, instrument panel, steering wheel rim and airbag cover. Finally, the “ti” logo has been embroidered onto the centre armrest.

Porsche has confirmed its Taycan Cross Tursimo has entered the final phase of its development programme.
Motoring
11 months ago

Mercedes-Benz on Tuesday unveiled to the world its new fifth-generation C-Class. Known internally as the W206 and available as both a saloon and an ...
Motoring
11 months ago

Ford on Tuesday announced that it has added an exciting new model derivative to its popular Ranger bakkie lineup. Based on the XLT Double Cab, the ...
Motoring
11 months ago