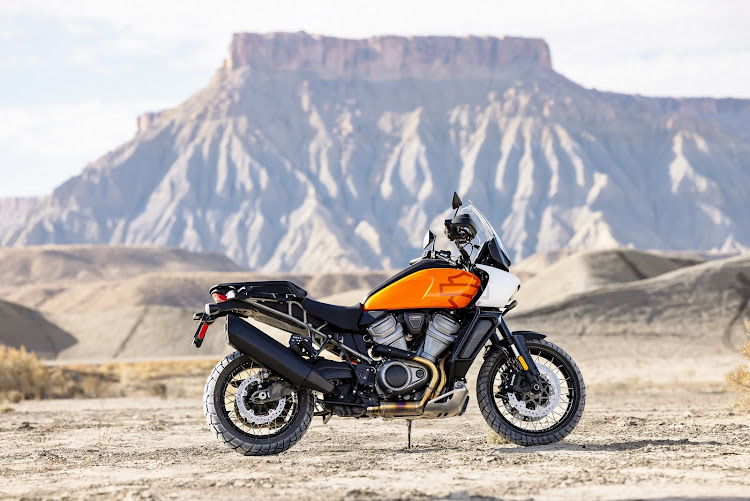 Adaptive Ride Height allows riders to lower the Pan America when it comes to a stop so they can get their feet down easier. Picture: SUPPLIED

For decades Harley-Davidson has been known primarily for its cruiser and touring bikes, but the “easy rider” brand is taking a leap of faith into new turf by launching an adventure motorcycle for the first time.

The dirt-capable new Pan America 1250 is the American company’s answer to the BMW R1250 GS, Yamaha Super Tenere, KTM 1290 Super Adventure, and Triumph Tiger 1200 in a cluttered market. It’s part of a turnaround strategy from the firm which has struggled for years to expand sales beyond baby boomers and attract younger riders, and included launching its first electric motorbike in 2019.

Brad Richards, Harley-Davidson’s vice-president of styling and design, said the company leads the US market for touring motorcycles but the Pan America was the “missing link” in Harley’s product range.

“We’ve got to start thinking about a new customer, too,” Richards said. “This is something that should’ve been in our line-up.”

Harley’s premium all-terrain bike has burly power, real off-road ability and savvy technology, including an optional Adaptive Ride Height system that allows riders to lower the motorcycle when it comes to a stop so they can get their feet down easier. A world-first feature on a mass-produced motorcycle, Adaptive Ride Height then raises the bike back up for extra ground clearance when it’s moving.

“The Pan America motorcycle is Harley-Davidson’s explore-it-all machine for riders who see touring as detouring — on road and off,” says the company. “This rugged, powerful, technologically advanced multipurpose vehicle is designed from the ground up to be capable, confidence inspiring, and fun wherever the road may take you.”

The Panamerica 1250 is able to veer off the tar with the ground-straddling set-up typically found on most big adventure bikes; a 19-inch front wheel and a 17-inch rear. It also has adjustable Showa suspension offering a generous 191mm of gravel-cruising travel.

A host of electronics helps the big bike churn through all kinds of terrain, including a Cornering Rider Safety Enhancements suite with traction control, ABS, linked braking, drag-torque slip control and hill-hold control. These can all be independently set by the rider, or through preprogrammed Road, Sport, Rain, Off-Road and Off-Road Plus riding modes. 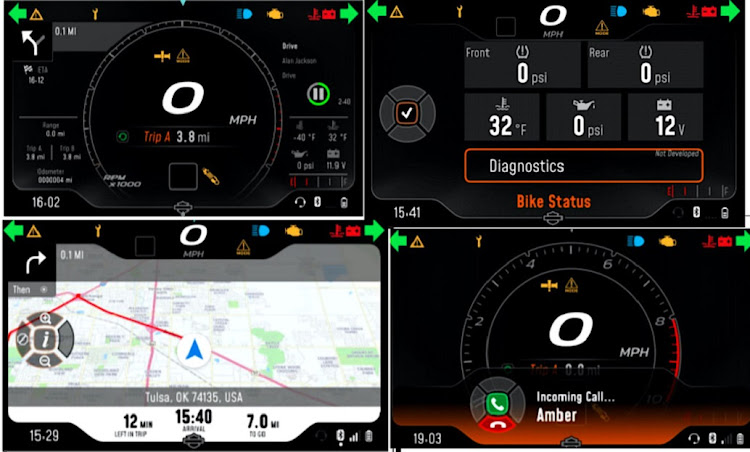 The modern instrument panel is a tilting 17cm colour TFT screen with Bluetooth connectivity that can be controlled via handlebar buttons when riding, or by touchscreen when the bike isn’t moving.

Power comes from a 1,250cc vee-twin engine with gutsy outputs of 112kW and 127Nm, sent to the rear wheel via chain drive and a six-speed transmission.

At 239kg the Pan America is a heavy machine but weighs 10kg less than the market-leading BMW R1250 GS.

The Harley-Davidson Pan America will go on local sale around the middle of the year priced between R310,000 and R377,000.

Everything you need to know about the new 2021 Suzuki Hayabusa

Suzuki has unwrapped the latest iteration of its Hayabusa, the iconic hyperbike’s first major update in more than a decade
Motoring
1 year ago

PODCAST | The benefits of swapping four wheels for a motorcycle

In this episode of Cargumentative, Thomas Falkiner talks motorcycles with the national director at the Association of Motorcycle Importers & ...
Motoring
1 year ago