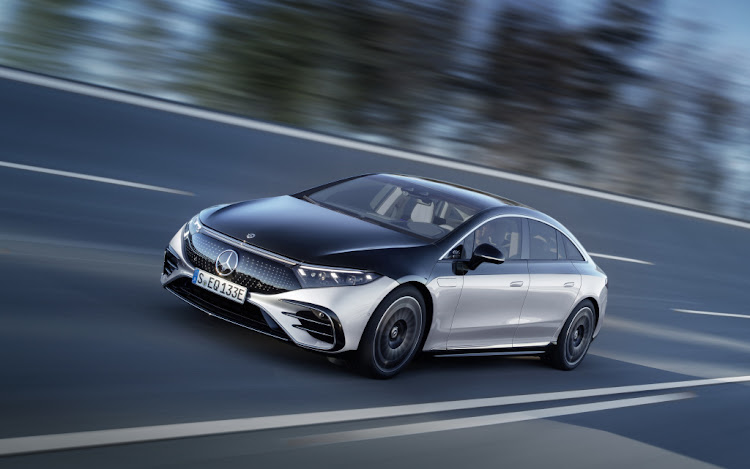 Daimler AG on Thursday unveiled the electric “sibling” of its flagship Mercedes-Benz S-Class luxury sedan, taking the fight to market-leader Tesla Inc in the battle for market share as electric car sales take off.

The EQS is the first in a family of Mercedes-Benz cars built on a dedicated electric vehicle platform built from the ground up. It will go on sale in Europe and the US in August, then in China in January.

Sales of electric and plug-in hybrid cars in the EU almost trebled to over 1 million vehicles last year, accounting for more than 10% of overall sales.

“We set the bar very high,” with this car, Daimler CEO Ola Källenius told reporters. “Customers in this segment expect a blend of hi-tech innovation and modern luxury ... and that's what we're trying to achieve with the EQS.”

Daimler has not revealed pricing yet for the vehicle, saying that will come in the summer, closer to the launch date. 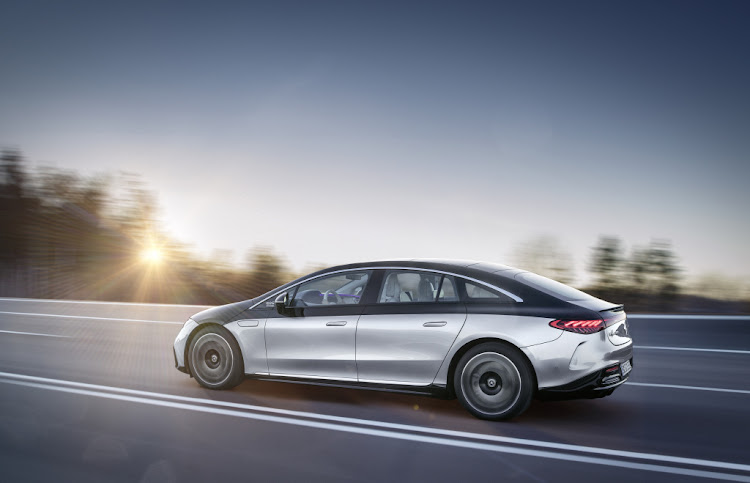 The EQS offers a range of up to 770km.
Image: Daimler

In interviews and conference calls on Thursday Källenius avoided making any comparisons with Tesla, whose market cap of more than $700bn (roughly R9,950,885,000) dwarfs all other car makers.

But with a range of up to 770km and a new display screen that will cover almost the entire dashboard – an optional feature – analysts see an effort to seize the initiative from Tesla, which had a head start over other car makers and boasted a longer battery range and hallmark touchscreen infotainment system.

In a client note earlier this week, Deutsche Bank referred to the EQS as “Mercedes' Tesla fighter” and said the car “will likely set the benchmark in terms of technical features, as well as design and quality”, for both traditional carmakers and newer entrants like Tesla.

Källenius said he expects more than 50% of customers will pay extra to get the display screen, which Mercedes-Benz unveiled in January.

At 56 inches, the new “Hyperscreen” – which in width dwarfs Tesla's vaunted 17-inch screen - will also feature in Mercedes-Benz's other new electric models. 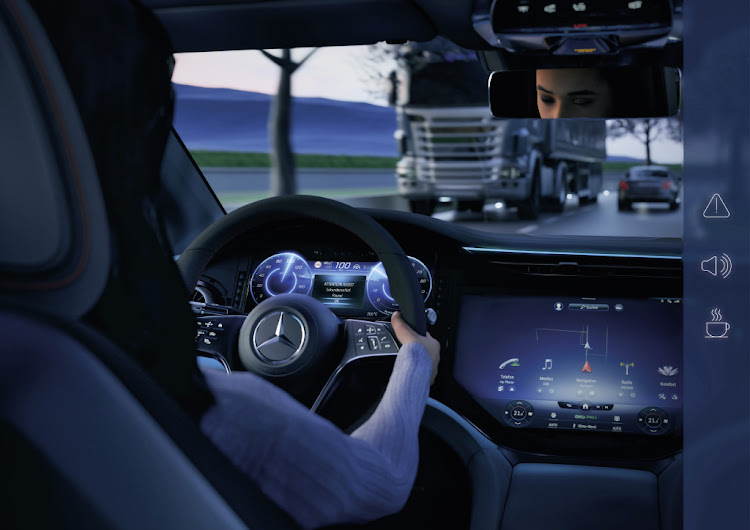 Källenius said the company would not provide forecasts for how many EQS models it aims to sell, or what sort of profit margins he expected the vehicle to generate.

But he said he had high expectations for the Chinese market, where there is “tremendous demand” for the traditional combustion engine S-Class model.

Mercedes sales chief Britta Seeger said the launch of the EQS coincides with demand for electric vehicles that is growing faster than company executives once forecast.

“We thought by 2030 that half of our sales will be electric vehicles” and plug-in hybrid vehicles, Seeger said during a conference call. “What we currently see ... is a stronger request of customers for EVs. We are even more positive that this jump can be a little bit faster.”

Nissan on Thursday announced its new Magnite compact crossover is now on sale in SA. Designed to the take the fight to the likes of the Toyota Urban ...
Motoring
1 month ago

The new facelifted second-generation Peugeot 3008 is now available in SA. Built to rival the likes of the Nissan Qashqai and Volkswagen Tiguan, this ...
Motoring
1 month ago

The ultra-frugal Toyota Prius has been upgraded for 2021

Toyota SA announced on Wednesday that its fourth-generation Prius has received a raft of safety and technology upgrades. Much like other models ...
Motoring
1 month ago
Next Article