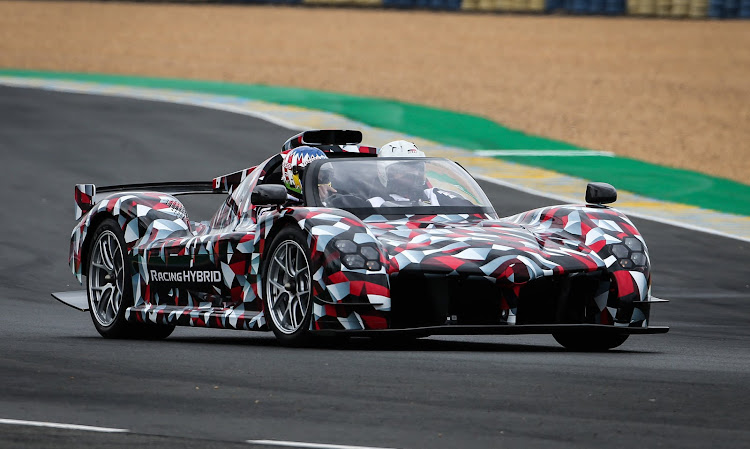 Toyota will join the hyper car ranks with its GR Super Sports car that’s based on its Le Mans racing cars. Picture: SUPPLIED

As part of Toyota CEO Toyoda Akio’s wish to return the brand to making exciting cars, the Gazoo Racing outfit was formed.

The Japanese brand competes in a number of world stages such as the Dakar Rally, sports car racing and the World Rally Championship and some of its new road-going versions like the new GR Yaris and GR Supra tip a hat to motorsports.

The new GR Super Sport is taking shape as Toyota’s flagship sports car, due to be launched in 2022.

The new ultra-performance machine will offer a Toyota alternative to some of the world’s most anticipated roadgoing Le Mans head-bangers like the Aston Martin Valkyrie. It will also compete with the long-coming AMG One, the all-electric Lotus Evija and Gordon Murray’s T.50 that’s powered by a V12.

The GR Super Sport is loosely based on the company’s endurance Le Mans racer, the GR010 Hybrid that will race in the World Endurance Championship. Its powertrain and mechanicals will be based on that car’s predecessor, the LMP1-class TS050 Hybrid that won the 2020 Le Mans 24 Hour.

This means the GR Super Sport will be powered by a hybrid 2.4l twin-turbo V6 with a reputed output upwards of 735kW thanks to a new triple-motor hybrid system.

The GR Super Sport made its public debut at last year’s Le Mans 24 Hours in convertible prototype form, but the road car will be a hard top coupé.

Toyota has not said how many Super Sports it will build.

Volkswagen has posted design sketches of its new Polo GTI. Based on the facelifted sixth-generation Polo that was revealed last month, this popular ...
Motoring
1 year ago

Land Rover announced on Wednesday that two new special editions are en route to SA. First up is the Discovery Sport Urban Edition, that is based on ...
Motoring
1 year ago

Five things to know about the new 2021 Kia Sonet

The all-new Kia Sonet is now available in SA. A B-segment crossover designed to rival the Toyota Urban Cruiser and Nissan Magnite, here are five ...
Motoring
1 year ago