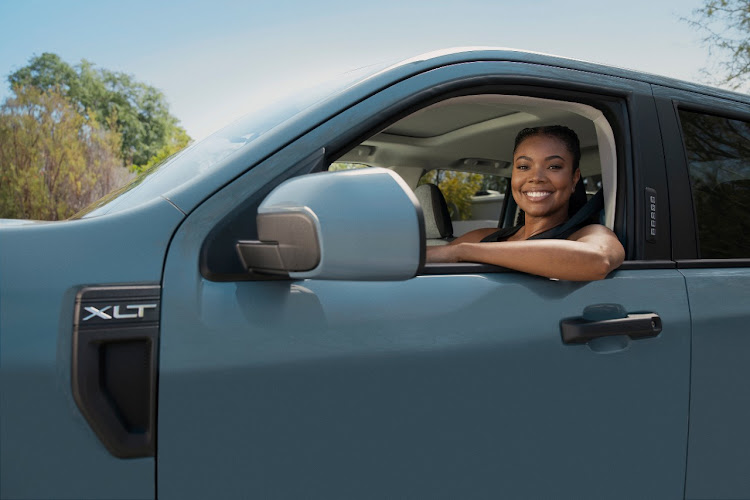 The new Ford Maverick makes its debut on June 8 with the help of actress Gabrielle Union.
Image: Ford

Ford Motor Co on Thursday confirmed it will introduce a compact pickup truck called Maverick next week, augmenting its entry-level vehicle offerings more than three years after it said it would largely abandon the US sedan market.

While Ford said it will provide more details about the truck on June 8, executives have talked about the "white space" vehicle that will move the US automaker into a new segment, and people familiar with the plans said the Maverick's starting price will be below $20,000 (roughly R272,670).

The four-door small pickup will be built, starting in July, at the company's Hermosillo, Mexico, plant with plans to eventually build more than 120,000 annually, according to AutoForecast Solutions. Ford declined to comment on pricing or other details about the vehicle ahead of next week's reveal.

In an industry where the average new vehicle now sells for almost $41,000 (roughly R558,980), according to Kelley Blue Book, and the number of vehicles sold for less than $20,000 is rapidly shrinking, Ford hopes Maverick helps attract buyers turned off by its April 2018 announcement that it would stop selling the Fiesta, Focus, Taurus and Fusion sedans, the last of which was discontinued last year.

Ford's current entry-level vehicle is the EcoSport SUV, which starts at just under $20,000.

Dealers are excited they will have a low-cost vehicle to draw buyers into the Ford brand.

"When they decided to get rid of the sedans, they made it very, very difficult for us to compete in that entry-level market," said Rhett Ricart, owner of Ricart Ford in Columbus, Ohio.

"Ford's timing on this thing's perfect. It's going to put us back in the game."

Ford is not alone in eyeing this end of the truck market as Hyundai Motor Co will this summer introduce the Santa Cruz compact pickup, which it has dubbed a "sport adventure vehicle."

"It's going to take us into an entirely new territory for the Hyundai brand and it's going to attract a new buyer who probably wouldn't have considered purchasing a Hyundai in the first place," Hyundai North American sales chief Randy Parker said.

The Santa Cruz price tag will start around $25,000 (roughly R340,840), he said. AutoForecast Solutions expects Hyundai to build fewer than 35,000 a year at its Alabama plant.

The Maverick also is an example of leveraging existing platforms to save money and speed vehicles to market. It will be built on the same vehicle architecture used for the Bronco Sport, Lincoln Corsair and Ford Escape SUVs, saving the company 68% off the original investment made for the Focus, Ford disclosed last December.

Availability of Nissan Motor Co's Ariya, a new electric SUV, will be delayed due to the coronavirus pandemic and a global shortage of chips, a senior ...
Motoring
2 weeks ago

The initial range includes xDrive40 and xDrive50 models, while the more potent iX M60 is due later
Motoring
2 weeks ago