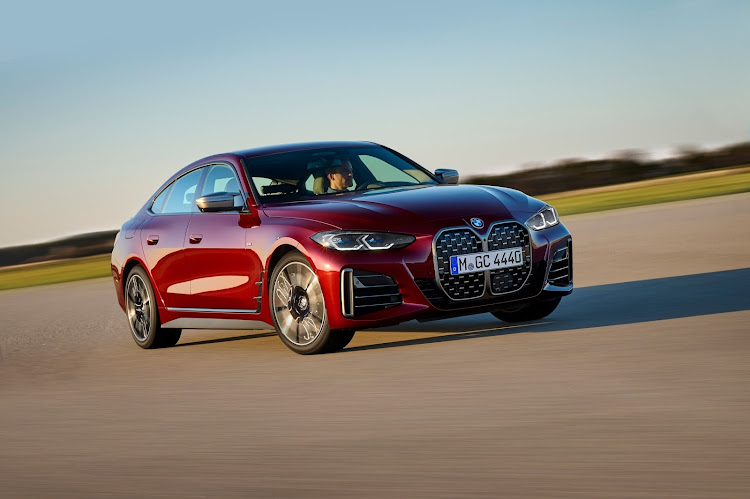 The new BMW 4 Series Gran Coupé will arrive in SA during the fourth quarter of 2021.
Image: Supplied

BMW has pulled the wraps off its second-generation 4 Series Gran Coupé that is notably larger than its predecessor. Indeed, get out your tape-measure and you'll notice that it's 27mm wider, 53mm taller and 143mm longer. Coming in at 2,856mm, the new Gran Coupé's wheelbase has not only grown by 46mm but is also exactly 5mm longer than that of the current 3 Series sedan. Finally, and to improve handling, the car's track has been increased by 50mm at the front and 29mm at the rear. Yep, the evolutionary bloat is real.

This theme continues in the boot where you will be pleased to find 470 litres of luggage space – an increase of 39 litres over the old model. Load capacity can be expanded to 1,290 litres by folding down the rear backrest, with its standard 40:20:40 split.

From a styling point of view the new 4 Series Gran Coupé is pretty much identical to the all-electric i4 that was unveiled last week. This means you get those two huge vertical kidney grilles, a pair of slim full-LED headlamps, frameless windows and flush-fitting door handles. The aggressive roofline culminates in a pronounced spoiler lip on the tailgate, beneath which you'll find a set of horizontal taillights also sporting full LED technology. 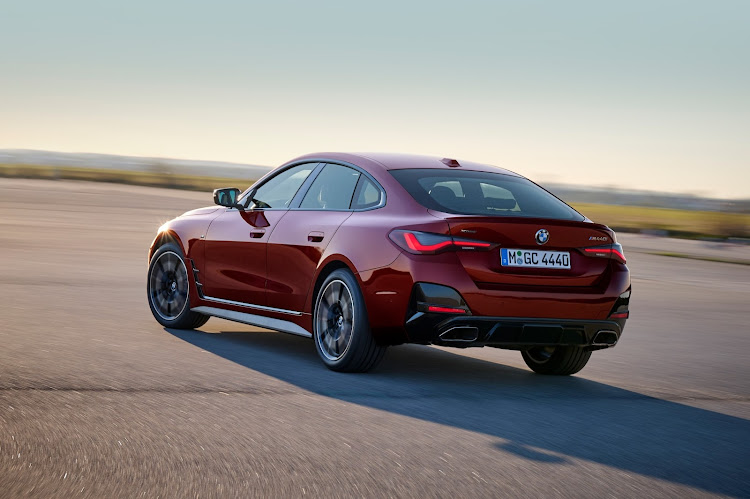 A variety of engines are available from launch and kicking things off is the 2.0-litre four-cylinder turbocharged petrol motor in the 420i. Pushing out 135kW and 300Nm worth of torque, BMW claims that it's good for a top speed of 235km/h and a 0-100km/h sprint of 7.9 seconds. This unit is shared with the 430i, where a higher state of tune sees it deliver 180kW and 400Nm. Expect a claimed 0-100km/h dash of 6.2 seconds and a limited top speed of 250km/h. The 3.0-litre turbocharged in-line six-cylinder in the flagship M440i xDrive adds some extra performance sauce with 275kW and a whopping 500Nm worth of torque. BMW claims this range-topper will hit 100km/h in 4.7 seconds, while top speed, as with the 430i, has been governed to 250km/h, which should be fast enough for most. 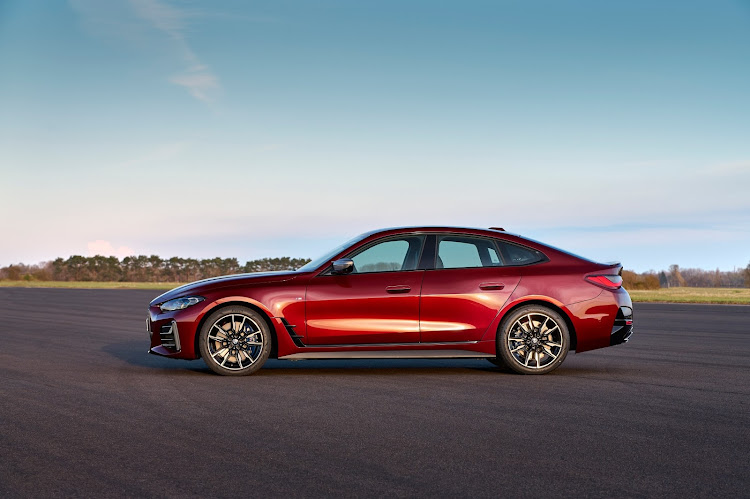 No matter which engine variant you pick, all come mated to an eight-speed Steptronic transmission as standard. The M440i xDrive benefits from a snappier Steptronic Sport.

On the chassis side of things, BMW has endowed the new 4 Series Gran Coupé with its own model-specific tuning and geometry for increased handling prowess. The two-joint spring strut front axle and five-link rear axle have likewise been engineered to reduce weight while increasing rigidity. Standard-fitted lift-related dampers enhance both sports performance and ride comfort. Depending on the spring travel, these units provide extra damping to control body movement when driving over large bumps, as well as preventing excessive dive. Theses lift-related dampers are particularly firm in nature on the flagship M440i xDrive and on cars where the optional M Sport suspension has been specified. 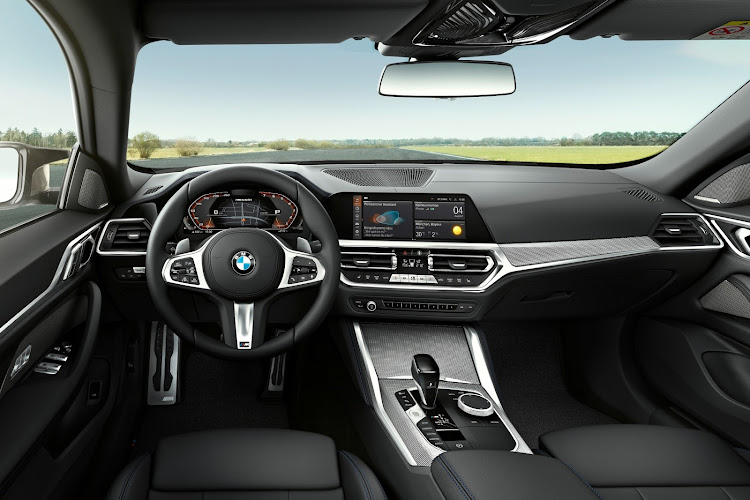 The driver and passengers benefit from the extended possibilities provided by BMW Operating System 7 as standard.
Image: Supplied

Climb inside the new 4 Series Gran Coupé and you will discover the BMW Live Cockpit Professional system comprising a 12.3-inch digital instrument cluster and a 10.25-inch touchscreen infotainment suite running BMW Operating System 7. The latter offers full integration with both Apple CarPlay and Android Auto. Remote Software Upgrades functionality allows additional digital services to be imported into the car over the air.

The new BMW 4 Series Gran Coupé will land in SA in the fourth quarter of 2021. Pricing, as well as the model line-up and final specifications, will be announced closer to that time.

Kia on Tuesday finally lifted the lid on its all-new fifth-generation Sportage.
Motoring
1 year ago

Five things to know about the new 2021 Haval H6

The third-generation Haval H6 has arrived in Mzansi. Built on the Chinese carmaker's all-new L.E.M.O.N platform that debuted with the Jolion, this ...
Motoring
1 year ago