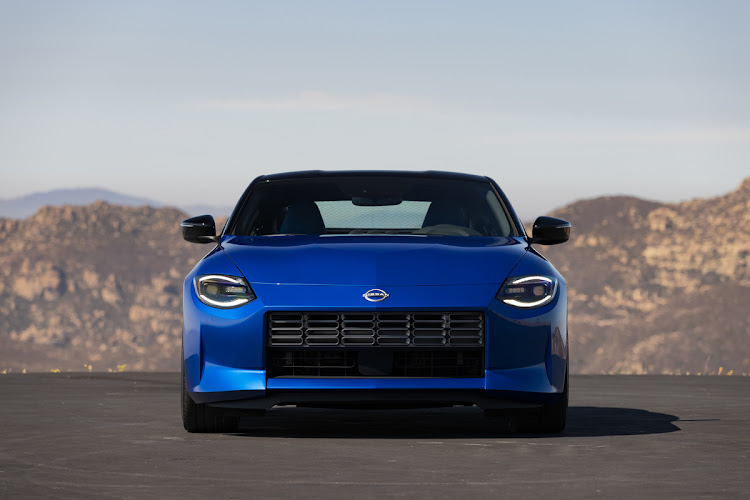 Nissan unveiled the latest generation of its "Z" sports car, which will come with a 3.0-litre twin-turbocharged V6 petrol engine and a manual transmission, a throwback in a world moving toward electric sports cars.

The car maker's chief operating officer said that is the way fans want it.

"We listen to our fans," Nissan COO Ashwani Gupta told Reuters in an interview on Tuesday.

A nine-speed automatic transmission will be offered, a nod to drivers who do not want to shift gears.

The new Z will go on sale in the US in the spring of 2022 as Nissan tries to accelerate a financial turnaround. The Japanese automaker reported a profit for its fiscal first quarter ended June 30.

The sporty Z has served as the avatar for a Nissan turnaround in the past. In 1999, a sleek prototype of a new generation of the car helped revive consumer interest in the Nissan brand after the company was rescued by French automaker Renault SA.

Nissan has said it will offer electric options in all its models by the early 2030s, and joined with US automakers in endorsing president Joe Biden administration's goal of boosting electric vehicles to 40%-50% of US new car and light truck sales by 2030.

The latest Z model debuts at a challenging moment for the auto industry. Shortages of semiconductors and a surge in the Delta variant of the coronavirus are complicating car makers' plans to launch new models.

Gupta said Nissan has seen improvement in supplies of semiconductors this month but that the rise in Covid-19 cases in southeast Asia has hit the company's suppliers.

Nissan is putting the 12 new models it plans to launch as part of its turnaround first in line for semiconductors, Gupta said. 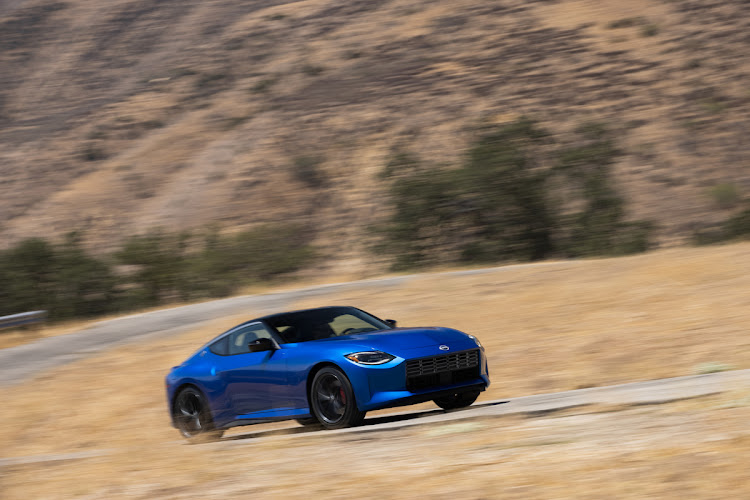 The addition of forced induction means the new Nissan Z offers considerably more power than its 370Z forebear. According to the spec sheet, customers can expect 298kW and 475Nm. Curiously, however, Nissan is yet to disclose any performance figures. The Nissan engineering team aimed to make the new Z as agile and responsive as possible. Enhanced body rigidity, an electronic power steering with rack assist and a strong mechanical feel and wider front tires help increase cornering performance by 13%.

The front and rear dampers sport a new monotube shock absorber design with a larger diameter than the outgoing 370Z. This results in a 20% reduction of dampening force to improve ride quality over poor surfaces, enhance road-following performance and boost overall stability. The lightweight front double-wishbone aluminium suspension features revised geometry settings, including caster angle which has been significantly increased. 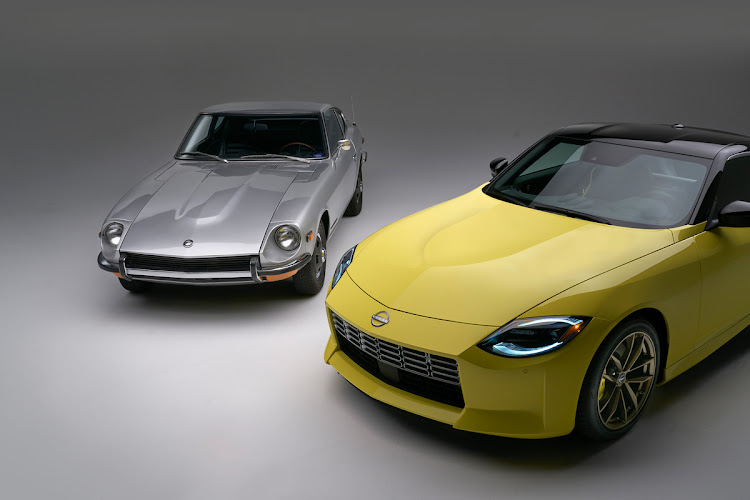 The new Nissan Z borrows cues from past models such as the 240Z, left.
Image: Supplied

Salute to the past

The exterior styling of the new Z recognises the design legacy of its famed predecessors – particularly the iconic 240Z that debuted in 1969. This is most evident in the car's profile that features a classic long hood and short rear deck design. Likewise, the LED headlights have two half-circles that hark back to the Japan market-only Fairlady 240ZG of the 1970s. Meanwhile, the rear combination lamps incorporate modern technology into the styling reminiscent of the Z32 300ZX, including new 3-D signature LED taillights.

Three monotone and six two-tone exterior paint colours are on offer, including new "Seiran Blue" and "Ikazuchi Yellow". Both are complemented by a "Super Black" roof. 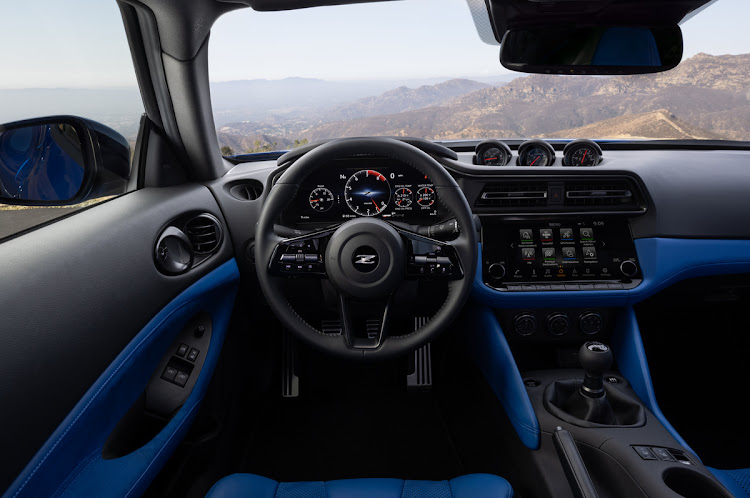 Standout interior features include a digital instrument cluster and a classic analogue instrument pod located in the middle of the dashboard.
Image: Supplied

Step inside the cabin and you'll discover an interior that, like the exterior, seamlessly blends modern technology with vintage Z touches. The centre stack takes inspiration from previous generations with three analog pod gauges on the instrument panel (boost pressure, turbo speed and voltage), an 8.0-inch touchscreen audio display in the centre and climate control switches near the shifter. The 12.3-inch TFT digital instrument cluster features three display modes and gives drivers quick and easy access to key information.

Other highlights include a vintage-look deep spoke steering wheel plus suede-backed sports seats that utilise design knowhow garnered from the development of the mighty GT-R. Finally, three interior colour environments are available – Graphite, Red or Blue.

The Lamborghini Countach returns as a $2.64m hybrid beast

Lamborghini has resurrected the ultimate poster child for fans of fast cars. The Countach LPI 800-4 is an all-new, limited-edition production ...
Motoring
11 months ago

Five things to know about the new 2021 Jaguar F-Pace