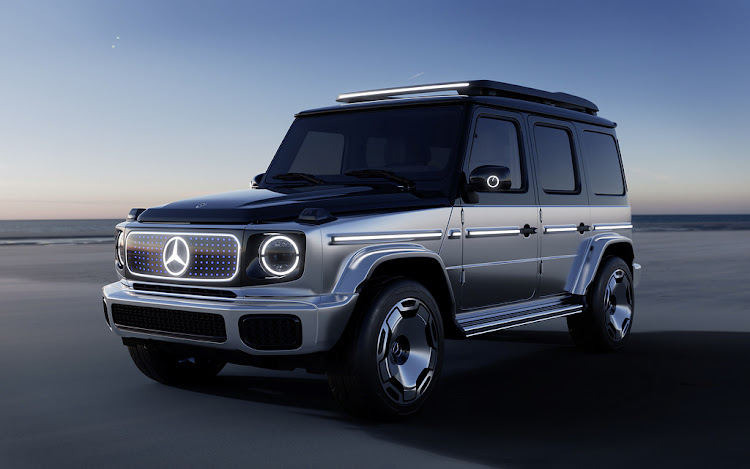 Mercedes-Benz's Concept EQG is an all-electric version of the much-loved G-Class.
Image: Daimler

The electric version of Mercedes-Benz’s G-Class looks set to be built in Arnold Schwarzenegger’s alpine hometown.

On Sunday, Mercedes-Benz unveiled its EQG prototype, an all-electric version of the automaker’s utilitarian off-road icon. Its combustion-engine forerunner is built in Graz, Austria, by Magna International Inc, and the subcontractor’s European boss dropped a hint at the Munich car show that the electric version will be built there, too.

“We’ve built the G-Class for 41 years and we’re involved with their electric projects,” Guenther Apfalter said in an interview. “We have high hopes.”

When Mercedes designed the G-Class in the late 1970s, its boxy design and all-terrain capabilities were envisioned for soldiers and explorers. It largely stayed in that niche until the SUV boom vaulted the model more into to the mainstream, gaining high-profile customers including Sylvester Stallone, Kim Kardashian and Megan Fox.

Armoured car experts SVI Engineering have procured one of the first new Toyota Land Cruiser 300 models to arrive in SA. And as you're reading this, ...
Motoring
2 weeks ago

Classic Porsche 911s get wired for an electric future

Everrati, founded in 2019, is a UK company whose motto is “Future Proofing Past Masters.” It replaces combustion engines of iconic cars with electric ...
Motoring
2 weeks ago