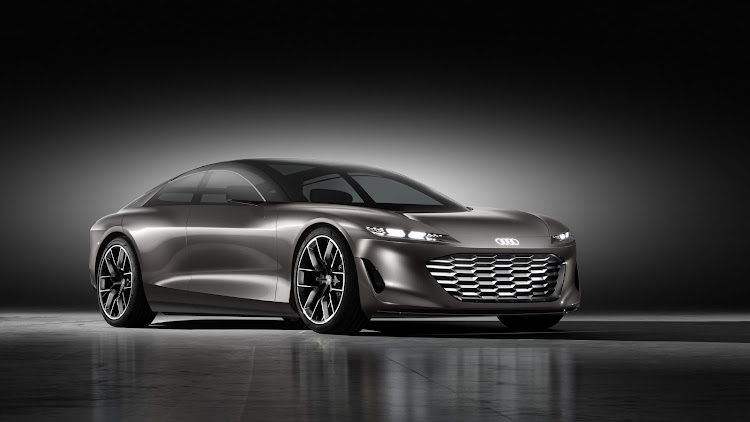 The Grandsphere concept previews an A8 replacement likely to go on sale in 2025. Picture: SUPPLIED

Audi has offered a preview of its luxury-car future with the unveiling of the Grandsphere concept car at this week’s IAA motor show in Munich.

The German carmaker recently announced its intention to stop developing internal-combustion engines by 2026, and the all-electric Grandsphere is likely to go on sale in 2025 as successor to the petrol-powered A8 luxury sedan.

Audi calls the Grandsphere a ‘private jet for the road’, and the car combines a luxurious interior with level 4 automated driving, where the vehicle can handle the majority of driving situations independently, though a human driver can still take control.

At 5.35m car the Grandsphere is longer than the 5.18m Audi A8, and unlike in a conventional sedan, first class has now shifted into the front row. This is because the interior turns into a spacious “sphere of experience” when the car is in self-drive mode: the steering wheel and pedals retract and the front seats become a first class lounge with maximum space and freer views.

The four-seater’s rear doors open backwards and there is no B-pillar to maximise cabin space and airiness.

The lounge-like cabin has a natural-coloured, reduced-design interior. The Grandsphere’s cabin gets a digital detox and the usual screens and dials are absent upon entry into the cabin. When the vehicle comes to life at the touch of a fingertip, the displays take the form of projections on the wooden surfaces under the windshield. The car’s functions can also be controlled touch-free by eye tracking and gesture control.

It’s the second of three “sphere” concept cars from Audi, following the recent unveiling of the electrically powered Skysphere concept roadster that transforms into a self-driving sports car with a variable wheelbase.

These two concept cars — as well as the Audi Urbansphere to be revealed in 2022 — are linked by their ability to drive automatically at level 4, a technology Audi expects to introduce in the second half of the decade. 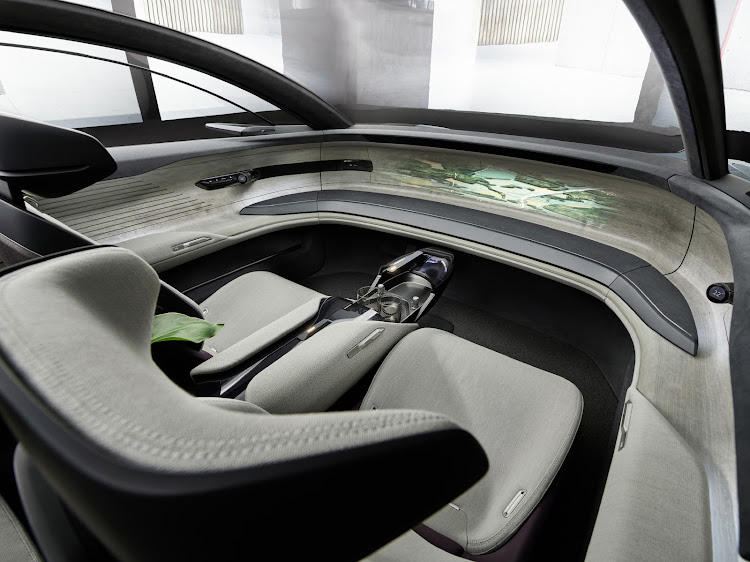 The steering wheel and pedals retract when the vehicle is in self-drive mode. Displays project on the wooden surfaces under the windshield. Picture: SUPPLIED

The infotainment system continues playing content that was on the occupant's portable devices before entering the vehicle.

The roomy interior is housed under a swoopy aerodynamic shape that looks nothing like a traditional sedan. The headlights reference the four rings brand logo and the size of the light areas can be adjusted depending on whether they’re used as daytime running lights or as dynamically staged blinkers — depending on the traffic situation.

Quattro drive is supplied by two electric motors - one at each axle -  delivering total outputs of 530kW and 960Nm for a claimed 0-100km/h sprint in just over four seconds.

The range is over 750km depending on the drive mode, and the car can be charged from 5% to 80% in under 25 minutes at fast-charging stations. Ten minutes is enough to charge the battery to a 300km range.

The car rides on adaptive air suspension which provides luxurious waftability but stiffens up for enhanced handling when needed.

Are they bicycles or motorcycles? Something in between, says BMW of its Vision AMBY concept two-wheelers
Motoring
4 months ago

Porsche on Monday presented its racy new Mission R concept study. Unveiled at the 2021 IAA Munich auto show and offering a taste of what Porsche's ...
Motoring
4 months ago