The all-new 2022 Range Rover is finally with us 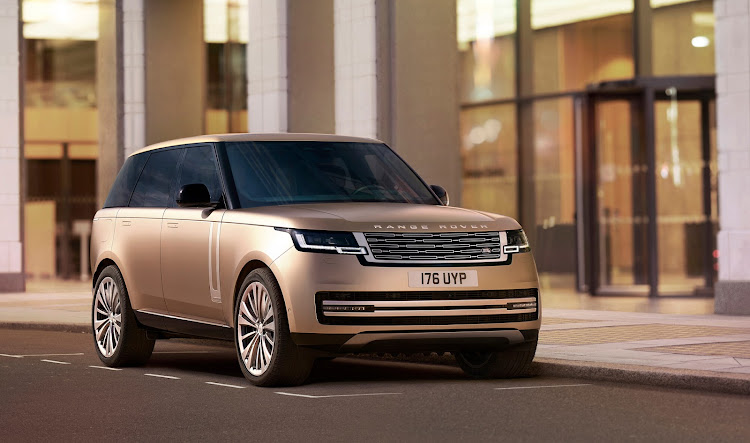 The new Range Rover will arrive in SA during the middle of 2022.
Image: Supplied

Land Rover has officially revealed its fifth-generation Range Rover. Merging class-leading luxury with true off-road capability (although we would hate to get that pretty sheet metal muddied), Coventry's new flagship SUV is a subtle evolution of the outgoing model, with all the key Range Rover design signatures – short front and rear overhangs, rising waistline and falling roofline – still very much intact.

In fact the single biggest change to the very much tried-and-tested design recipe is at the rear of the vehicle, where you'll find a new set of vertical, hidden-until-lit tail lights that flow seamlessly into a bold horizontal tailgate finisher. Speaking of which, the latter retains its traditional two-piece split arrangement that has been a Range Rover staple since the first model launched all way the back in 1970.

Strip away those bold, slabular body panels and you'll discover that the fifth-generation Range Rover rides on Land Rover’s new MLA-Flex architecture. Easily adaptable, it allows for the usual standard and long wheelbase body styles with luxurious four, five or seven-seat interiors. All-wheel steering is standard on all new Range Rover derivatives; a useful feature that enables up to seven degrees of rear wheel steering angle and ultimately contributes to this premium SUV's impressive turning circle of less than 11m4. On the opposite end of the spectrum it also offers enhanced stability at higher speeds.

Other chassis innovations come in the form of something called Dynamic Response Pro: an active 48-volt electronic roll control system that the British marque claims is faster-acting and more efficient than a conventional hydraulic set-up. With a torque capacity of up to 1,400Nm, it promises to keep body roll to a minimum in even the most extreme driving conditions. Meanwhile, a fully independent air suspension system (double wishbones up front and an all-new five-link arrangement at the rear) isolates the cabin from surface imperfections, with industry-leading air spring volumes and twin-valve dampers managed by a new Land Rover-designed Adaptive Dynamics control software.

Of course a Range Rover wouldn't be a Range Rover if it didn't have any off-road chops and here they are ensured through the presence of a trick intelligent All-Wheel Drive (iAWD) transmission controlled by Land Rover’s latest Intelligent Driveline Dynamics (IDD) system. The latter basically monitors grip levels and driver inputs 100 times a second to predictively distribute torque between the front and rear axles (and across the rear axle) for optimum traction both on and off the beaten path.

Further bundu-bashing credentials come in the form of an Active Locking Rear Differential as well as the firm's famed Terrain Response 2 system that automatically adjusts the vehicle's various chassis control systems to provide the perfect settings for real-time driving conditions. In addition to the six factory-preset modes the driver can also configure his or her own bespoke chassis set-up. 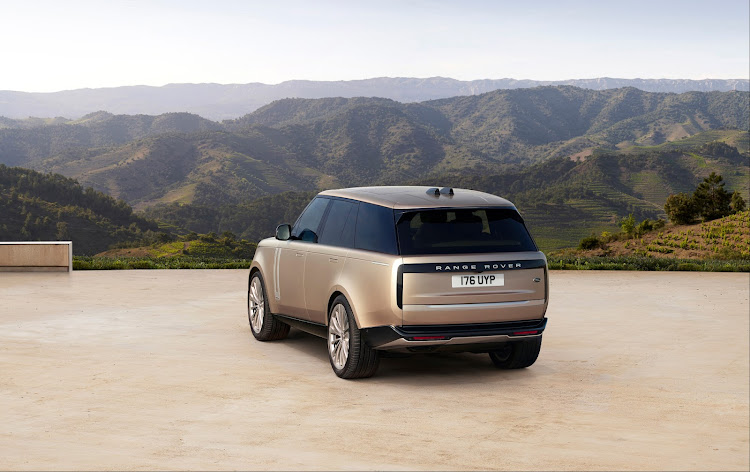 In SA the new Range Rover will initially be offered with a choice of four engines. First up is the D350 that offers a 3.0-litre in-line six-cylinder turbodiesel dishing out 257kW and 700Nm of torque. Next in the range is a pair of extended-range plug-in hybrid models both powered by a 3.0-litre turbocharged in-line six-cylinder petrol engine, boosted by a 38.2kWh lithium-ion battery and a 105kW electric motor integrated with the transmission. Together, this powertrain provides up to 100km of pure-electric driving. Expect 323kW and 620Nm in the P440e and 375kW and 700Nm in the more potent P510e variant.

According to Land Rover, a battery-electric Range Rover will debut some time in 2024. 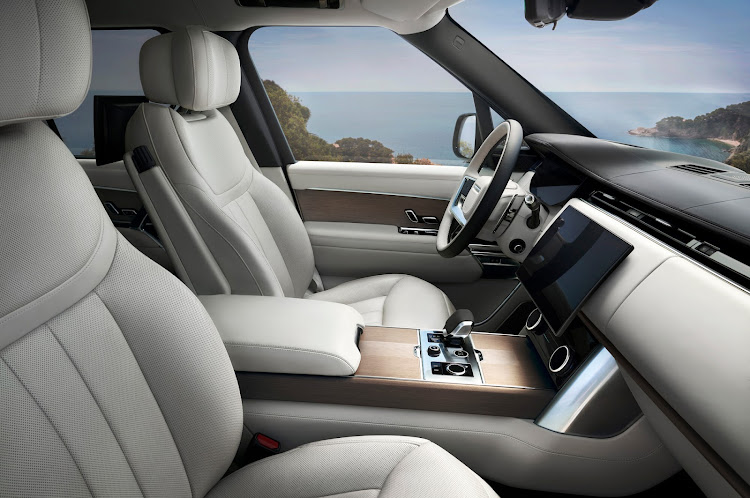 Engineers have reduced the cognitive load on the driver at every point, while next-generation noise-cancelling with headrest speakers creates the ultimate refinement.
Image: Supplied

Those seeking even more oomph will be pleased to know that the range-topping P530 packs a 4.4-litre twin-turbocharged V8 engine muscling out 390kW and 750Nm of torque – good enough for 0-100km/h in 4.6 seconds and a top speed of 250km/h. Of course, no matter which engine wins your vote, all are paired to an eight-speed automatic gearbox.

One could write an essay about the new Range Rover's interior and technology offerings but highlights on this front include the firm's latest-generation Pivi Pro infotainment system that's linked to a massive 13.1-inch touchscreen with haptic feedback. This is complemented by an equally impressive 13.7-inch digital instrument cluster that can be easily configured by the customer using controls mounted on the steering wheel. Rear passengers can enjoy a new Rear Seat Entertainment (RSE) system, which provides adjustable 11.4-inch HD touchscreens mounted on the rear of the front seat backs. They can be operated independently and support the connection of most devices with an HDMI port. Full Wi-Fi hotspot capability also enables smart TV entertainment on the move. 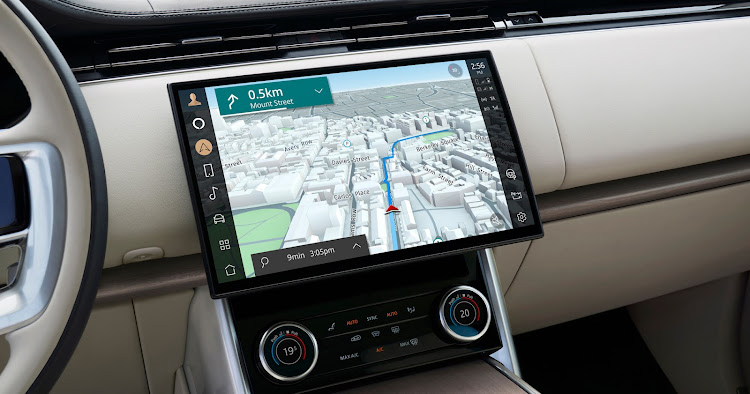 A few of the other niceties passengers can look forward to are powered doors (yes, even at the back), Land Rover's third-generation Active Noise Cancellation system, a 1,600-watt Meridian Signature Sound System wired to 35 speakers and a new Cabin Air Purification Pro2 climate control system that can filter out particles as small as PM2.5 in size. Eco-conscious buyers will also surely appreciate luxurious alternatives to traditional leather, including a new premium textile that combines Ultrafabrics and Kvadrat wool-blend.

According to Land Rover the new fifth-generation Range Rover will be launched in SA in the middle of 2022. Pricing and final specifications will be confirmed closer to the time.

General Motors Co on Tuesday revved up the drive to expand its Corvette sports car brand globally, with a roar from a 500kW/623Nm, eight-cylinder ...
Motoring
1 month ago