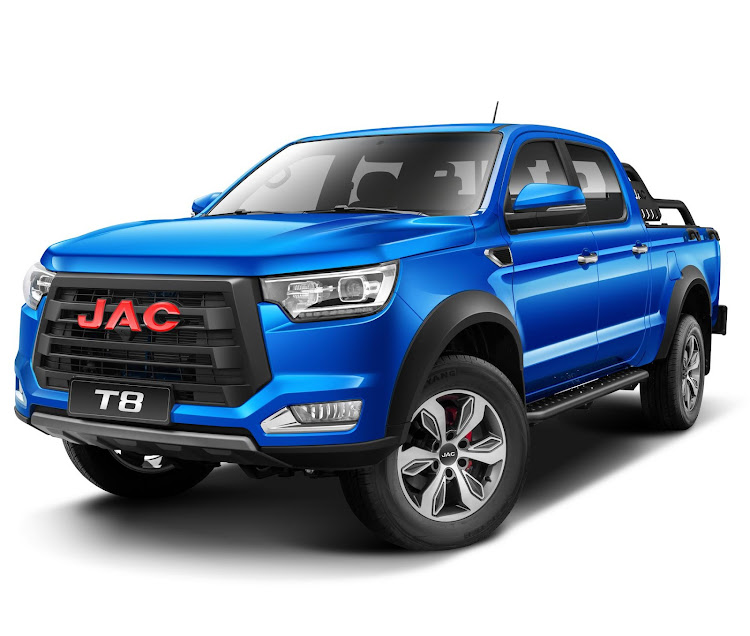 The JAC Motors T8 Double Cab range has been treated to an under-bonnet makeover.

Built to the replace the aged 1.9 TDI, the new 2.0 CTi model ups the power ante courtesy a 2.0-litre turbodiesel engine that produces 104kW at 3,600rpm and 320Nm torque from 1,600 to 2,600rpm. It comes paired exclusively to a six-speed manual transmission that, depending on what variant you pick, sends drive to either the rear or all four wheels.

Meanwhile the T8 2.0 CTi 4x4 promises formidable off-road performance thanks to its BorgWarner-sourced electronically-controlled time-sharing four-wheel drive system that allows the driver to switch seamlessly from two-wheel drive (2H) to four-wheel drive (4H) with a quick press of a button at speeds of up to 80km/h. Pilots can also take advantage of the standard low-range transfer case, torque amplification mode and electronic rear differential lock. JAC Motors has also lifted the image of this range-topping double cab by fitting it with a black off-road style bar, rear step bumper and chunky off-road side steps.

In terms of geometry the T8 offers an approach angle of 29.6 degrees, a break-over angle of 23.5 degrees and a departure angle of 22.4 degrees, while ground clearance is 220mm.

As with the outgoing T8 1.9 TDI variants the new 2.0 CTi models come equipped with an impressive amount of standard niceties including Xenon headlamps, LED taillights and large 18-inch alloy wheels. Inside the cabin you'll find luxuries such as leather seats, cruise control, electric windows, a multi-function steering wheel, air-conditioning and a nine-inch touchscreen infotainment system that syncs with Apple CarPlay and Android Auto.

Ferrari NV unveiled a new limited-run retro model that the storied Italian manufacturer is billing as its most aerodynamically efficient car ever.
Motoring
6 months ago

Times are tough and, as such, Hyundai is offering a new entry-level Venue model that's designed to be a little kinder to your wallet
Motoring
6 months ago

Volvo confirmed on Thursday that its refreshed XC60 range will arrive in SA during the first quarter of 2022 with updated styling and improved ...
Motoring
6 months ago