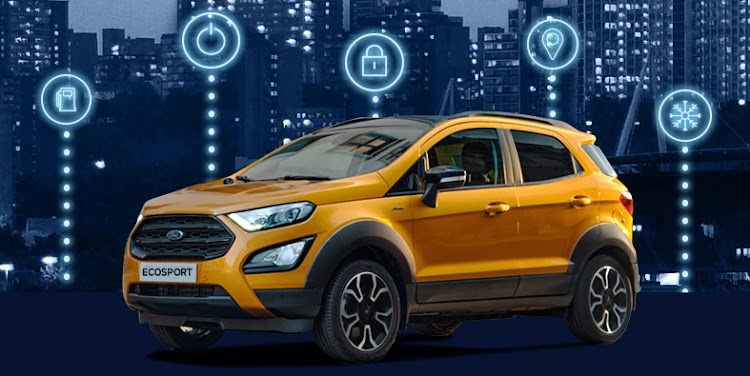 The EcoSport Active is garnished with black wheel arch covers to give it more of an SUV vibe.
Image: Supplied

Ford SA is to launch a new EcoSport Active model later this month.

Garnished with black wheel arch covers and unique alloy wheels to give it more of an SUV vibe, the Active is described as a “funky derivative that adds flair and a more rugged appeal to the EcoSport range”.

Ford hasn’t revealed whether it's more than a cosmetic exercise, but the Active is likely to be powered by one or more of the three existing engines in the EcoSport range: a normally aspirated 1.5 petrol, a turbocharged 1.0 petrol or a 1.5 turbo diesel.

The company says the EcoSport Active will also bring FordPass Connect as part of its connected car experience. By means of the FordPass smartphone app, the feature allows customers to pre-cool the cabin on hot days, remotely start the engine to heat the cabin and check the fuel level.

The Fiesta-based EcoSport was a pioneer in the compact crossover market when it was launched in SA in 2013. It has been a major success for the blue oval with more than 60,000 local sales to date and remains one of the segment’s top sellers against newer rivals such as the Toyota Urban Cruiser, VW T-Cross and Hyundai Venue.

Pricing and more details will be revealed at the car's May 30 launch.

These were SA’s top-selling cars in April

Toyota had a quieter month due to its flooded factory, while Suzuki raced up the charts
Motoring
2 weeks ago