VW to challenge Rivian and Ford with electric Scout SUV 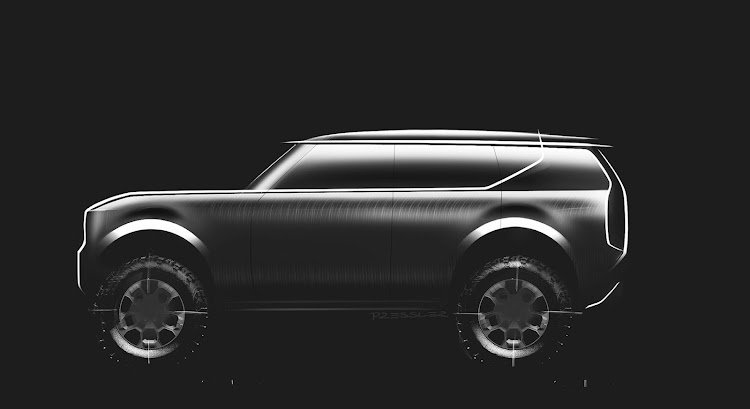 Volkswagen plans to reintroduce the Scout off-road brand in the US offering new electric pickup and sport-utility vehicles (SUVs), the German automaker confirmed.

The German carmaker would invest around €100m (roughly R1.72bn) in the new Scout brand, two people briefed on the matter said.

VW said it will create a separate, independent company to build the Scout starting in 2026 that will be designed, engineered, and manufactured in the US for US customers.

Sources told Reuters VW could potentially seek external funding through investors or an IPO to expand its production capabilities.

VW Group CEO Herbert Diess said “electrification provides a historic opportunity to enter” the US pickup market and underscores VW's “ambition to become a relevant player in the US market”. VW last sold a pickup in the US in the early 1980s.

The company said it is a key part of its goal of reaching 10% US market share.

Volkswagen has moved away from cars in the US as it adds more electric models. SUVs now account for about 75% of the US sales of the group's VW and Audi brands, which represent about 4% of US auto industry sales. US sales of the two brands were down about 30% in the first quarter.

Scout and Travelall vehicles made by International Harvester were forerunners in both function and style of popular SUVs from the Big Three Detroit automakers such as the Ford Bronco and General Motors' (GM) Chevrolet Suburban.

Harvester stopped building the Scout and Travelall in 1980 after the oil price shocks of the mid-1970s as it went through a restructuring.

But the Scout “look” lives on in vehicles such as Ford's current Bronco and electric vehicle (EV) start-up Rivian‘s R1 pickup and SUV line.

The Wall Street Journal reported on Tuesday that Volkswagen hoped to eventually sell up to 250,000 Scout-branded vehicles annually in the US.

GM in 2020 said it would resurrect the Hummer name to build electric SUVs and pickup trucks and through March 31 has delivered 100 Hummer EV pickups in the US.

The new Chery Tiggo 7 Pro has arrived in SA. Slotting in between its Tiggo 4 Pro and Tiggo 8 Pro siblings, this stylish SUV is yet another a ...
Motoring
1 week ago

The new 2022 Range Rover Sport is ready to rock you

If you enjoy an SUV injected with a bit of dynamism, the new Range Rover Sport is sure to pique your interest.
Motoring
1 week ago

New Bentley Bentayga EWB is the ultimate in SUV luxury

Bentley has launched its new and much-anticipated Bentayga Extended Wheelbase which – measuring 5,322mm in length – is longer than the BMW X7 and ...
Motoring
1 week ago