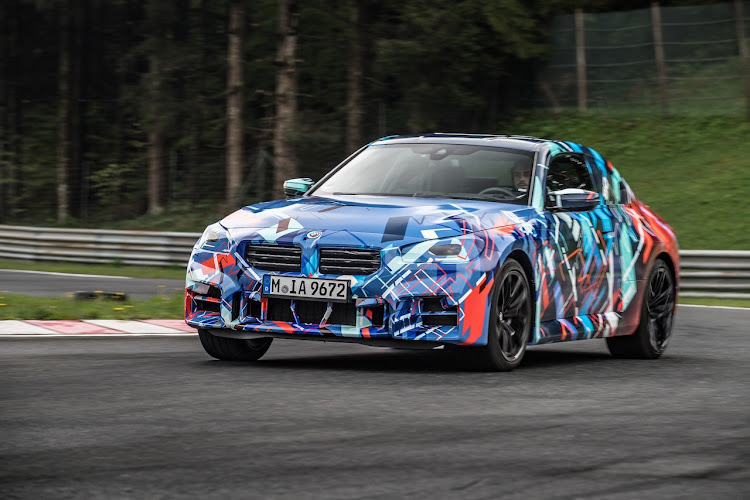 BMW has been testing its new M2 at Austria's Salzburgring race track, a fearsome 4.2km circuit around which the engineers could hone the coupé's chassis and driving dynamics.

Offering similar performance levels to that of the firm's much-coveted M2 CS, the new M2 is equipped with a lightweight carbon roof and features the same 3.0l twin-turbocharged six-cylinder engine you get in the current M3 and M4 models.

Although BMW hasn't confirmed how much power this unit will deliver to the rear wheels, you can be sure it will be well over the 300kW mark. Cog-swapping duties will be handled by a choice of two transmissions: a six-speed manual or eight-speed M Steptronic. Adaptive suspension is standard, as is a powerful braking system also borrowed from the M3/M4.

According to BMW, the new M2 is expected to premiere in October this year.

WATCH | VW offers another glimpse of its all-new Amarok

Volkswagen has released a further teaser of its second-generation Amarok bakkie that's due for release at the end of the year.
Motoring
3 weeks ago

Bentley on Monday unveiled its new Continental GT V8 S. Designed to appeal to driving enthusiasts, it comes equipped with a cache of racy ...
Motoring
3 weeks ago