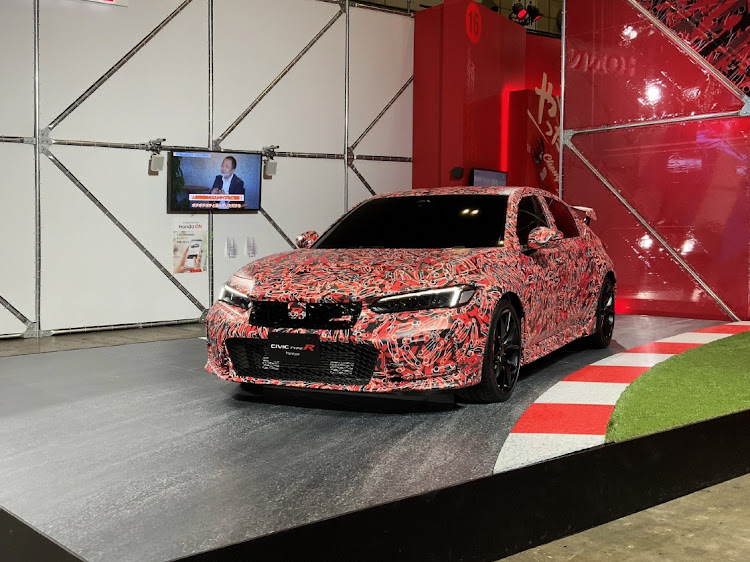 You only have to take one look at the Honda Civic Type R to know it’s a mega hatch. Type R versions of the Civic are typically subjected to a course of steroid treatment such as a lightened and stiffened body, specially tuned engine, and upgraded brakes and chassis.

The model competes with hot hatches from Ford, Renault, Volkswagen and others and was introduced back in 1997 in the EK9 series.

In the latest teaser programme, Honda has released a new video of its new Civic Type R before its confirmed global release date on July 20. The racetrack video of the car that has already set a lap record of 2 minutes 23.120 seconds at the 5.8km Suzuka track in Japan, gives the clearest peek that like every other Type R model, a red Honda badge and “R” decal in the middle of a bluff rather than rakish grille is the identifier, as is a big rear wing and other aerodynamic addenda. All suggests a toned down but wider and still aggressive-looking hatch.

The mechanical make up is still under wraps for now but it’s expected it will continue with a turbocharged four-cylinder engine with more power and keep its manual transmission. Drivers who aren’t interested in heel-and-toe driving might be rescued by a dual-clutch automatic.

It is not yet confirmed whether the new Civic Type R will be sold in SA.

Catch it in the video below:

It's a good day for Toyota fans as the Japanese marque has finally revealed its scorching hot new GR Corolla hatch. Built to do bad things to the ...
Motoring
4 months ago

Honda’s next-generation Civic Type R is getting ready to reignite the hot-hatch wars and has set a new lap record for a front-wheel drive car at ...
Motoring
4 months ago

The hatchback is almost 50 years old, and these models rolled off the factory floors with just the right amount of attitude
Motoring
3 months ago

While Volkswagen was not the first manufacturer to use the GTI acronym, many will argue that it made the arrangement of letters famous.
Motoring
4 months ago