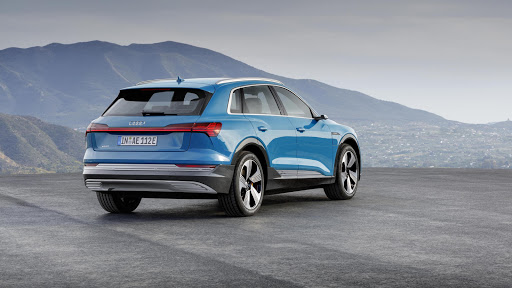 Audi E-tron
Audi chose San Francisco to launch its first full series electric vehicle (EV) last night, right on Tesla’s doorstep in California. It was a cheeky move. The Audi Summit was originally supposed to have taken place in Brussels but was postponed when the former Audi CEO, Rupert Stadler, was arrested in connection with the Volkswagen Group’s Dieselgate scandal.

Stadler’s continued incarceration meant that he was not present to see the global unveiling of the car he first revealed in concept form at the Frankfurt motor show in 2015.

Audi has big plans for its E-tron, the first of a number of new models to appear from the Ingolstadt brand as it ramps up to the point where there will be an E-tron derivative of every model in its line-up in 2025.

And before you switch off thinking this is some European model, come back, because the E-tron will be launched in South Africa in the second half of 2019. That will be just months after Jaguar launches its I-Pace and ahead of the arrival of the Mercedes EQC in 2020.

The E-tron looks every bit the Audi Q model, with the company saying that it wanted it to look like a SUV, like an Audi. That is one reason it still has the massive single-frame grille even though it is an EV and doesn’t really need it. The designers refer to it as a “digital car” with elements of concept car design in both the interior and exterior, such as the animated lighting.

There will also be virtual mirrors (optional in SA), which feature cameras in place of wing mirrors. The images from the cameras will show on OLED displays in the top of the interior door panels and the driver can even use their finger to adjust what view they want on the touchscreen.

This is Audi’s first series production EV though, so it’s less about looking back and more about looking forward and so we get to the drivetrain.

There are two electric axle drives, one on each axle. The motor on the front axle produces 125kW with 10kW extra boost available, while the rear produces 140kW and an additional 25kW under boost. Total output is claimed at 265kW and 300kW with boost.

It should be quick, but until range becomes less of an issue, it’s mostly all about – range. Audi is expecting it to reach 400km on the new WLTP real-world testing cycle. Much of this range can be attributed to the LG supplied battery modules which are the same as those Porsche will use in its Taycan.

The interior features space similar to that in the Q5, which means decent space front and rear and a luggage compartment that holds well over 600l. There’s more luggage space up front too, in the “frunk” in Tesla speak, some of the space where the internal combustion would be.

Obviously you also get plenty of digital stuff too, including the Virtual Cockpit instrumentation and two touchscreens in the centre console for infotainment, climate control and efficiency settings.

Will 2019 be the year in which the EV charges into SA? The manufacturers are certainly plugging into the new era and BMW, Nissan and Jaguar are all trying to address infrastructure issues, but the lights are not coming on with government and that could leave manufacturers feeling a little powerless. – Mark Smyth