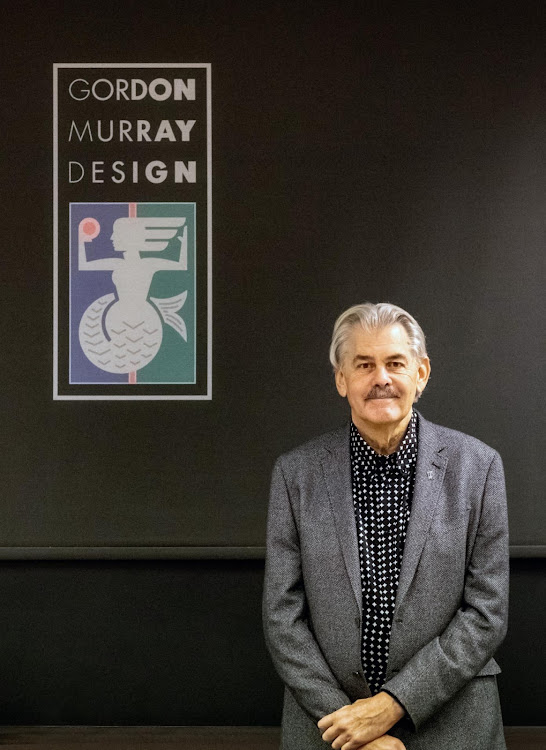 The accolade is in “recognition of his services to motoring after a lifetime of devising and delivering creative and ground-breaking projects in the motorsport and automotive sectors.”

Gordon Murray said: “It is extremely humbling to receive a CBE in the Queen’s New Year Honours. I’ve spent more than 50 years doing what I love, working with a wealth of highly-talented and creative people around the world, but primarily in the UK. From the competing during the heyday of Formula One, to designing the world’s fastest supercar, I’ve loved every minute. I’d like to dedicate this honour to all those I’ve worked with over the years and I look forward to an exciting new future for the Gordon Murray Group.” 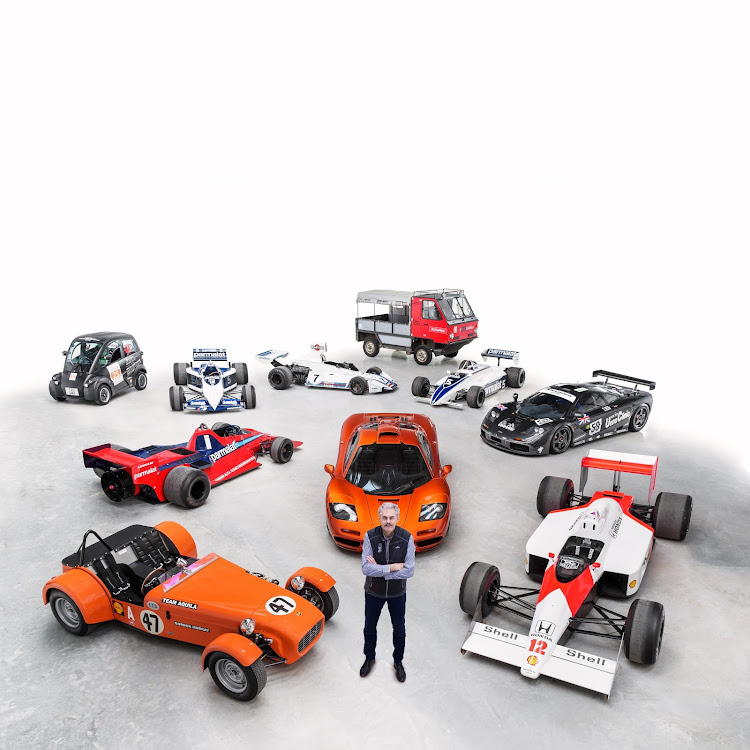 Gordon Murray poses with his creations, from the current T.43 City car to the peerless McLaren F1 (centre). Picture: SUPPLIED

He then went on to what is arguably his finest period and established McLaren Cars Limited which gifted the world the Guinness book of records holder McLaren F1 hyper car, once the fastest road car on the planet. Murray also had a hand in several other successful projects at McLaren Cars, including the creation of the Mercedes-Benz SLR McLaren programme.

It’s only in 2005 when Murray formed a new chapter in engineering, prototyping and development of vehicles when he established the Gordon Murray Design Limited which is set to build compact city vehicles on a low-volume basis for external customers, to bespoke designs or by licensing its own models. The T.43 sports car is the first platform and product designed for licence or sale by GMA.

Ayrton Senna fans will fondly remember the red and white McLaren with which the Brazilian won his three Formula One titles, and one customer has now ...
Motoring
2 years ago