WATCH | How future cars will park and charge themselves 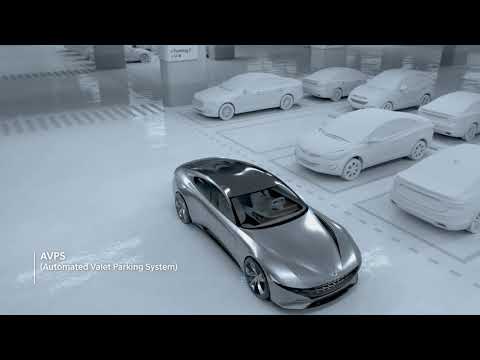 The age of 'thinking' electric cars came a step closer with a new system from Hyundai and Kia that lets your car find a place to charge and park itself while you carry on with the shopping.

The Automated Valet Parking System (AVPS) will come in handy to future drivers who are faced with an overcrowding of both parking and charging locations as more electric vehicles take to the roads. It does so by relocating fully charged vehicles from charging stations and allows other awaiting electric vehicles to charge.

The neat trick is that the car's driver doesn't have to cruise around the block looking for a vacant parking spot or charging station. You simply arrive outside your venue, get out of the car, and use your smartphone to command the vehicle to charge itself.

The car then automatically drives to a vacant wireless charging station, and when it's fully juiced-up it will relocate to another vacant parking space using the AVPS - thus allowing other vehicles to charge at the spot. When you call for the vehicle, it will then autonomously return to your location, much like a valet service.