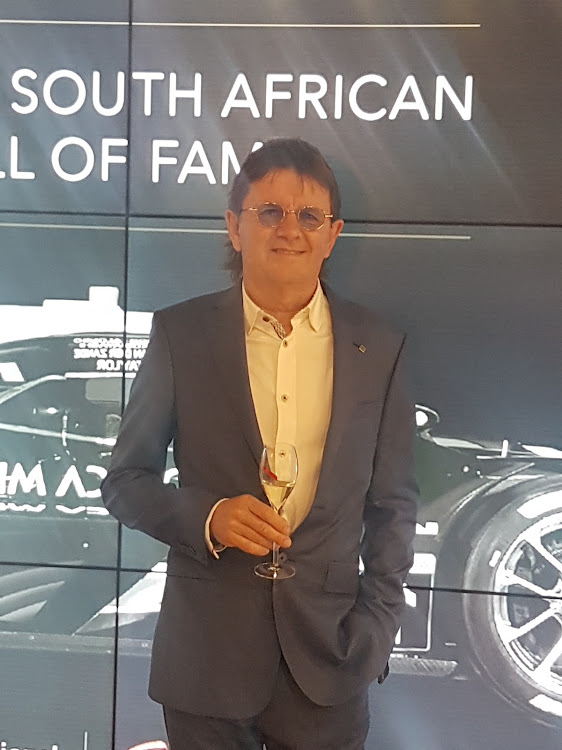 Wayne Taylor at the Sun City ceremony where he was inducted into the SA Hall of Fame.
Image: Roger Houghton

East London-born Wayne Taylor, who won the 1986 South African Formula 2 championship before leaving SA in 1989 to seek fame and fortune racing internationally, was recently inducted into the South African Hall of Fame.

Taylor, 62, has succeeded in the world of motorsport in the US and is now the most successful SA-born racing driver in history, if one excludes 1979 Formula 1 champion Jody Scheckter, who also came from East London.

He has notched up world titles and won many major races globally. He competed 13 times in the Le Mans 24-hour race - including placing fourth in 1987, sharing a Porsche 962 with SA’s George Fouche and Austrian Franz Konrad.

Taylor, who lives in Orlando, Florida, is now also a very successful team owner in US sports car racing. In 2007 he established Wayne Taylor Racing with Max Angelelli.

Taylor's recent induction ceremony at the SA Hall of Fame display area in Sun City included a series of video clips from various motorsport luminaries. Among those wishing him well were Fernando Alonso (who shared the Wayne Taylor Racing Cadillac DPI that won the recent 24-hour race at Daytona), Roger Penske, Chip Ganassi, Mark Reuss (the president of General Motors, with whom Wayne has worked for almost three decades), as well as multiple Nascar champion Jeff Gordon, who has driven for Wayne Taylor Racing.

Another highlight of the evening for Taylor was being reunited with two of his old race engineers, Rob Snyders and Alan Hughes, after a period of 33 years.

Taylor and his two sons - Ricky, 29, and Jordan, 27 - were at Sun City for the event, as was his mother Joy, who still lives in East London, and some of his sponsors from the US.

Ricky and Jordan are successful racing drivers in their own right. Both have notched up numerous wins and championships. This year Ricky joined Team Penske in the US, while .Jordan continues to race for his father’s team.

Ross Brawn says move is part of efforts to 'improve the show'.
Motoring
2 years ago