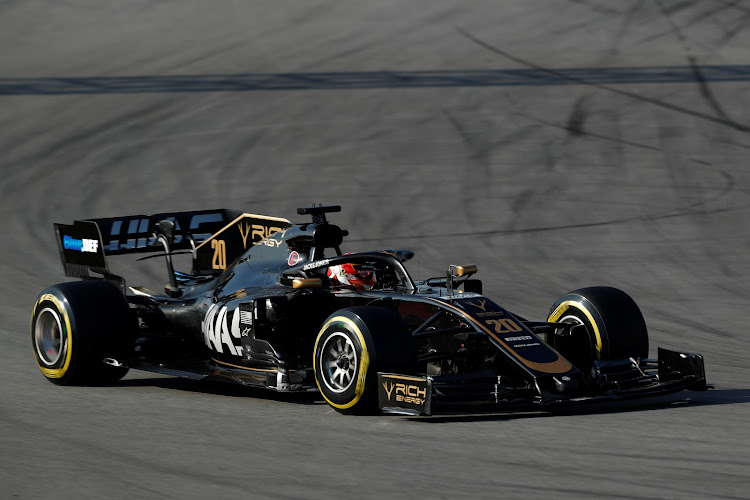 Haas have been working overtime practising their pit stop routines as Formula One's Australian season-opener approaches this weekend, bringing with it a reminder of the team's nightmare in Melbourne last year.

The pain has been given a fresh airing in a new 10-part Netflix Drive to Survive behind-the-scenes documentary series that was released last week to considerable acclaim.

Team principal Guenther Steiner plays a leading role as the cameras catch the raw highs and lows of qualifying fifth and sixth before drivers Kevin Magnussen and Romain Grosjean retired from the race in quick succession after botched pit stops.

What would have been the team's best performance, a likely fourth and fifth, ended in despair with both cars released from pit stops with wheels not fully attached.

"We could have looked like rock stars," Steiner told team owner Gene Haas by telephone, the conversation peppered with swearing and a reference to a bunch of clowns.

"We obviously haven't forgotten last year's pit stops in Australia, which went wrong. This year we’ve put a lot of emphasis on arriving there prepared," Steiner said in a preview for Sunday's race.

"We brought a 2018 car to our car build in Italy so we could train every day and work on pit stops.

"We did the same in Barcelona (pre-season testing) as the current car is not always available for pit stop practice when you test. Every day the whole crew practised around 10 to 12 pit stops a day."

Dane Magnussen and Frenchman Grosjean have starring roles in the Netflix series, with the latter spared nothing as the cameras probe his confidence and the team's response to poor form.

The series, which has gone down well on social media for its revealing insights into teams and drivers, has been presented by Formula One as an example of where the sport is headed under rights holders Liberty Media, who took over in 2017.

"This is an example of the changes that are coming in Formula One. The human side has always been fascinating and all of us have been involved in that side," said F1 managing director for motorsport Ross Brawn.

"There is so much emotion in the whole team, the individuals, the mechanics, the engineers, the family."

Champions Mercedes and last season's runners-up Ferrari were the only teams not to grant access to the Netflix cameras but Brawn hoped that would change this year.

All 10 teams took part in a formal season launch event in front of crowds at Melbourne's Federation Square on Wednesday.

"I think the teams are starting to recognise their involvement is not just on the track but in every way we can improve the sport," said Brawn after a Netflix screening last week.