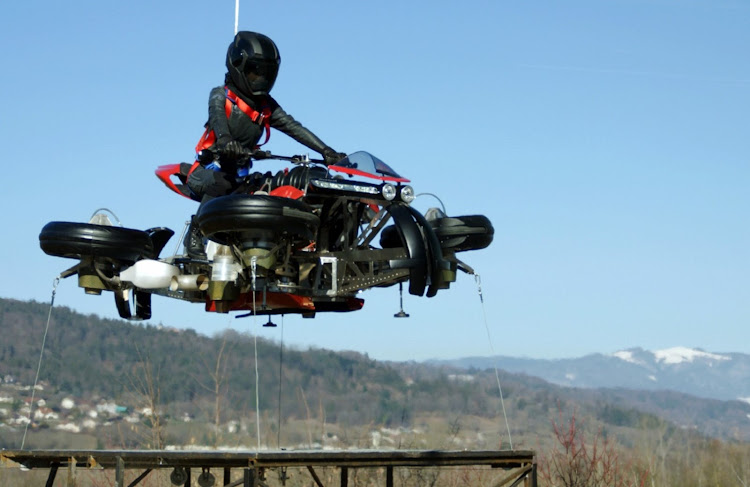 Is it a motorcycle? Is it a helicopter?

French custom automotive builder Ludovic Lazareth has conjured up a number of unusual motorised creations in the past and the Moto Volante flying bike is his latest.

It rides much like a regular motorcycle on the road - except for having four wheels instead of two - but when the rider gets tired of traffic jams the contraption changes, Transformer-like, into a jet-powered quadcopter that soars over the gridlock.

After pulling over to the side of the road, the rider presses a button to convert the Moto Volante to fly mode. It takes about a minute for the jets mounted in each wheel hub to warm up, upon which the wheels tilt 90 degrees to provide take-off and gliding thrust. There's a parachute mounted in each wheel in case of emergencies.

Lazareth expects to launch the Moto Volante later this year at a price of about R8m.

Whether or not this oddball Jetson-style creation will ever really see production it's a very clever piece of engineering and worth a look. Lazareth has posted a video of the prototype in action, where it hovers a metre off the ground attached to tethers. 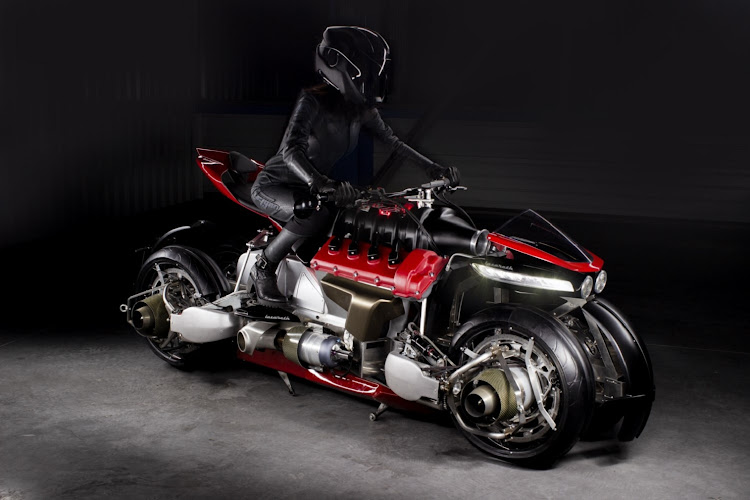 When it's not airborne the Moto Volante transforms into a four-wheeled motorcycle.
Image: Image: Supplied