Closures were planned months ago to help the firms deal with any disruption resulting from Brexit, which has since been delayed 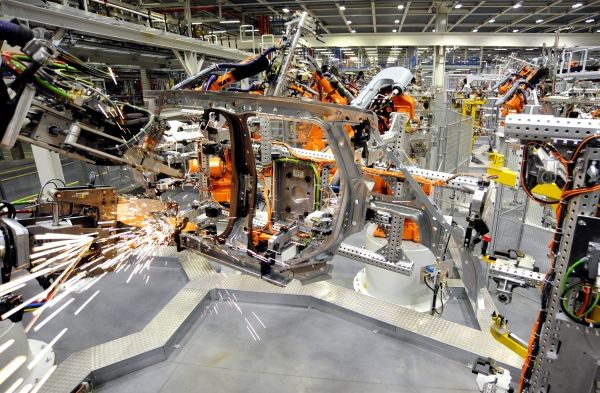 A new Mini Cooper being assembled at the Mini plant in Oxford.
Image: BMW

BMW's Mini plant in Britain closes for four weeks from Monday and Peugeot's Vauxhall car factory shuts for two weeks, in moves planned months ago to help the firms deal with any disruption resulting from Brexit, which has since been delayed.

BMW, which builds just over 15 percent of Britain's 1.5m cars, moved its annual summertime shutdown to April to "minimise the risk of any possible short-term parts-supply disruption in the event of a no-deal Brexit".

Peugeot parent company PSA, which builds Astra models branded as Vauxhall in Britain and Opel on the continent at its Ellesmere Port factory, has brought forward its shutdown in a decision made at the end of last year, a spokesman said.

Britain's departure from the EU has now been pushed back from March 29 until at least April 12 or potentially much later, ruining some of the contingency plans of certain car makers.

Shutdowns are organised far in advance so employee holidays can be scheduled and suppliers can adjust volumes, making the dates hard to move.

For more than two years, the clock ran down towards March 29, the day Prime Minister Theresa May pledged Britain would leave the EU.
Business Times
2 years ago

"This is what our company and our workforce have planned for over many months and it is fixed into our business planning," said a BMW spokesperson.

It represents the latest headache for Britain's once-roaring car sector, which had been on track for record production but since 2017 has posted sharp falls in sales, output and investment.

The overwhelmingly foreign-owned industry has become increasingly incredulous as a stable and attractive investment environment descends into one of its deepest political crises, risking the free and friction-less trade the sector relies on.

BMW's Rolls-Royce factory in Goodwood will close for two weeks whilst Jaguar Land Rover's (JLR) three car plants and engine facility and Honda's Swindon facility will also shut for a few days this month as part of Brexit contingencies.

It has been a turbulent few months for the sector after Nissan cancelled plans to build a new sport utility vehicle at its English Sunderland plant and Honda said it would shutter its plant in 2021 in the biggest blow to the sector for years.

A woman drove her vehicle into a bank as she was unhappy with the service.
News
2 years ago

Toyota provided a rare boost when it announced plans to build cars for Suzuki at its English car plant.

BMW, which is also closing its central English Hams Hall engine facility and Swindon press shop and sub-assembly site for four weeks, has said it could move some engine and Mini output out of Britain if there isn't an orderly Brexit.

Car makers face a number of risks if there is a disorderly Brexit, including delays to the supply of ports and finished models, new customs bureaucracy, the need to recertify models and an up to 10 percent tariff hike on finished vehicles.

A series of investment decisions are coming up, including whether Peugeot will keep the Ellesmere Port site open and if it will build electric vans at its southern English Luton facility, which is closed for three weeks as it is retooled for production of the new Vivaro vehicle.

Petrochemicals firm Ineos is also due to choose the location for its off-roader whilst a decision is pending on whether JLR will build electric vehicles in its home market.