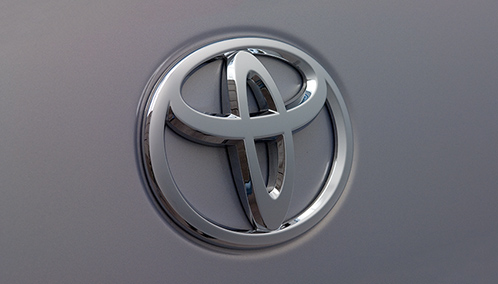 Toyota Motor Corp has agreed to sell electric-car technology to Singulato - its first deal with a Chinese electric vehicle (EV) startup, allowing the fledgling firm to speed up development of a planned mini-EV.

In return, Toyota will have preferential rights to purchase green-car credits that Singulato will generate under China's new quota system for all-electric and plug-in hybrid vehicles.

It will also gain a bird's-eye view into how Chinese EV startups operate and the strategies they pursue in a fast-changing marketplace, said Singulato Chief Executive Shen Haiyin and two sources at the Japanese automaker.

"With electrification, autonomous driving and car-sharing shaking up the industry, old ways need to be re-examined," one of the Toyota sources said, declining to be identified as he was not authorised to speak on the matter.

"We have a century's lead in automotive technology, but we also need to be humble enough to learn from newcomers."

Singulato will acquire a license to use the design of Toyota's eQ - a battery electric microcar. The deal is due to be announced on Tuesday at the Shanghai auto show, where Singulato will unveil a concept car based on the eQ.

Singulato plans to redesign the car, tailoring it to local tastes to come up with a model by early 2021 that is more affordable and offers a longer driving range.

"This deal gives us a way to save on time and costs to develop a reliable car and focus on what we excel in," Shen told Reuters.

Financial terms are not expected to be disclosed. A Singulato source said the startup agreed to pay "several tens of millions of dollars" for eQ's design.

Toyota said it was taking various measures to accelerate its business in China, a key market, but it would not comment on specific steps.

The agreement is a vote of confidence by Toyota in Singulato's prospects, said Shen. Founded in 2014 and backed by Intel Corp and Japanese trading house Itochu Corp , Singulato is one of at least 50 Chinese EV startups seeking to survive in a competitive market.

It plans to sell its first self-developed battery electric car called the iS6 this year, competing with models from rival startups like Nio and WM Motor as well as those from global automakers.

LISTEN | Sexy wheels and sublime rides: this motoring podcast is for you

Singulato's version of the eQ will be a so-called connected car offering young buyers a host of entertainment, safety and navigation features. The car, which will be called the iC3, will also feature some self-driving technology.

Toyota sold about 100 eQ cars in 2012 and then discontinued it due to concerns over the limits of EVs, including their high price tags, short driving range and long charge time. But Singulato believes technological advances, especially in batteries, have made the car much more marketable.

According to the two Toyota sources, the deal is part of efforts to share more technology with China as the Japanese automaker seeks more growth in the world's largest auto market by beefing up manufacturing capacity and distribution channels.

The green-car credits will also come in handy.

Keen to combat smog, jump-start its own auto industry and lower reliance on imported oil, China is aggressively pursuing the adoption of electric cars. Under a production quota system taking effect this year, automakers are required to produce and sell a certain number of new-energy vehicles in proportion to their overall sales volume.

A carmaker that fails to achieve its quotas will have to acquire NEV points from an automaker with surplus credits or face penalties.

Toyota has said that initially it won't be able to meet its quotas without buying credits from others. It has also agreed to produce and help sell a car for GAC Motor, a joint venture partner, to generate credits.

According to the Toyota sources, the deal with Singulato has already yielded intriguing glimpses into the thinking of Chinese EV startups and their non-traditional approach to engineering.

One such example was Singulato's idea to look at linking headlights with satellite, cellular network location data and the driver's planned trip. That could help turn the headlights along the driver's route for enhanced visibility and driving safety.

It might not be something Toyota would consider but as an idea, "it was eye-opening," one of the sources said.

"Anything below that amount would make little sense," says CEO Herbert Diess
Motoring
2 years ago

Almost 60% of all new cars sold in Norway in March were fully electric, the Norwegian Road Federation (NRF) said on Monday.
Motoring
2 years ago