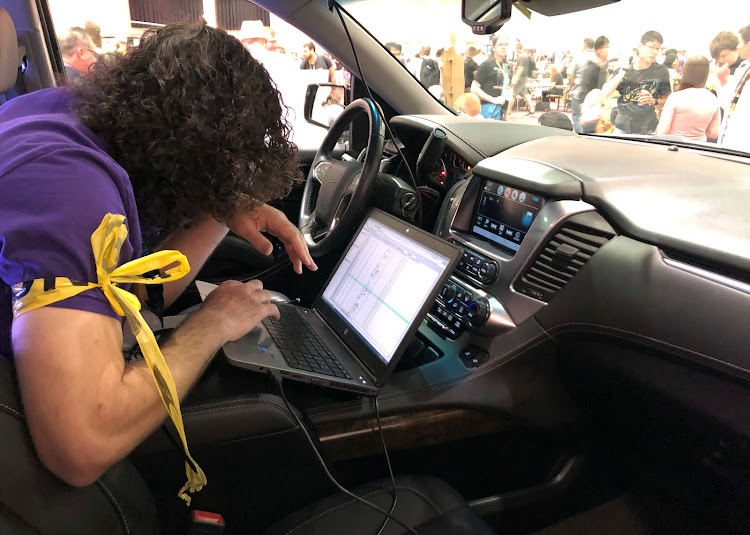 An attendee of last weekend’s 2019 Defcon cybersecurity event in Las Vegas is seen at the conference's car-hacking village.
Image: Reuters

We’re heading into a future where artificial intelligence will convey us from point A to B, and it’s estimated that self-driving cars will account for up to a quarter of vehicle sales in less than 20 years’ time.

From a road-safety point of view it’s something to look forward to. Unlike humans, autonomous cars will adhere to road rules and won’t succumb to road rage, which should significantly reduce the 1.3 million road deaths taking place around the world annually.

However, this artificial intelligence could still be hacked by humans, turning the convenience of an autonomous car into a nightmarish proposition if control of it is taken over by someone with nefarious intentions. It’s a threat even today, as cars get ever more computerised and connected, with infotainment and navigation systems, Wi-Fi, automatic software updates and other innovations that aim to make driving more convenient.

Last weekend’s Defcon security convention in Las Vegas, US, gave hackers the chance to try to break into the control units of cars and take over their driving functions.

The annual convention is sponsored by carmakers and seeks to discover the cyber vulnerabilities of their vehicles. Carmakers and automotive suppliers collaborate with so-called “white hat” or ethical hackers – cyber experts who help organisations idenfity IT security weaknesses.

Hackers had to escape a vehicle by deciphering the code to open its boot, control its radio volume and speed, and lock the doors through their computers.

“A big part of it is redefining the term ‘hacker’ away from that of a criminal to make automakers understand that we're here to make their systems more secure,” Sam Houston, senior community manager at Bugcrowd, which recruits researchers for so-called bug bounty programs at Tesla, Fiat Chrysler and other automakers, told Reuters.

“Automotive provides a great challenge because the systems are distinct from other security areas,” said Craig Smith, a security researcher who, with Robert Leale, founded the car-hacking village in 2015.

“Carmakers have been discovering new issues with their traditional architectures thanks to white hat hackers, which highlighted security needs for carmakers and suppliers alike,” said Harel. 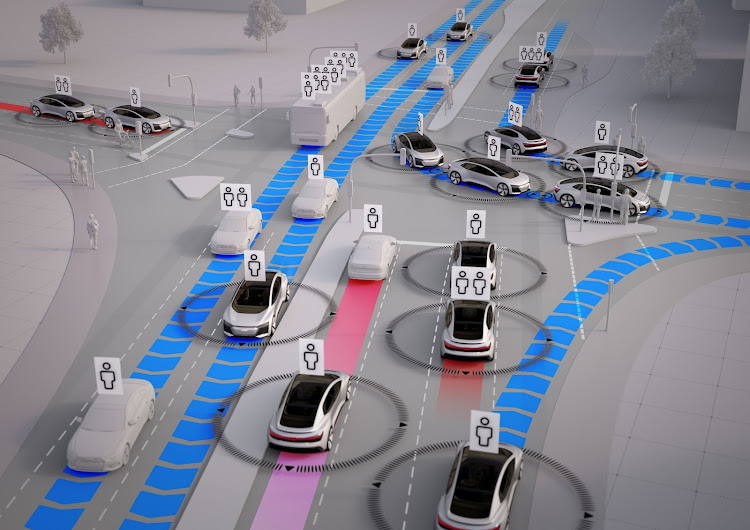 Flimsy cyber security will become even more of an issue in the future as fleets of self-driving cars use the Internet of Things to avoid crashing into one another.
Image: Supplied

The need to manage vehicle cyber security has come into the public spotlight in several instances in recent years. At the 2013 Defcon, two security researchers hacked into car computers and took over the steering, acceleration, brakes and other functions of a 2010 Ford Escape and a 2010 Toyota Prius.

By connecting a laptop to the cars’ ECUs they were able to disable the brakes while the car was in motion, jerk the steering wheel, accelerate, switch off the engine, yank the seat belt, display incorrect speedometer and fuel gauge readings, and turn the cars' lights on and off.

Two years later, a team of IOActive researchers wirelessly compromised a Jeep Cherokee and ran it off the road, by hacking its infotainment system. They also remotely changed the aircon settings, switched radio stations, and turned on the windshield wipers and water jets.

Using software that let the hackers control the steering, brakes, engine and transmission from a laptop, it was estimated that as many as 471,000 vehicles could have been vulnerable to such attacks.

In 2016, Computest researchers exposed vulnerabilities in the infotainment systems of some Volkswagen and Audi models, and remotely seized control of infotainment dashboard microphones, navigation systems and speakers.

Hackers have also gained access to some vehicles’ internal systems via their GPS tracking systems, where they were able to turn off cars’ engines as they drove.

Modern vehicles are computers on wheels, with software controlling everything from the infotainment system to safety systems like steering, acceleration and brakes.

Flimsy cyber security will become even more of an issue in the future as fleets of self-driving cars use the Internet of Things to avoid crashing into one another.

A recent report by the Ponemon Institute, titled “Securing the Connected Car: A Study of Automotive Industry Cybersecurity Practices”, found that software security is not keeping pace with technology in the motor industry, and that just 10% of companies have a cyber security team.

“Cyber security should not be treated as an afterthought or an aftermarket issue. It has to be understood that this has to be built in. It's not an add-on,” Ami Dotan, CEO of Karamba Security, told Automotive News.

“Car Hacking Village plays an important role for researchers interested in the safety and security of the more than one billion vehicles on the road worldwide,” according to the website.

Carmakers warm up to friendly hackers at cybersecurity conference

At a conference where hackers can try their hands at picking locks and discover cyber vulnerabilities in a makeshift hospital, they can also ...
Motoring
2 years ago