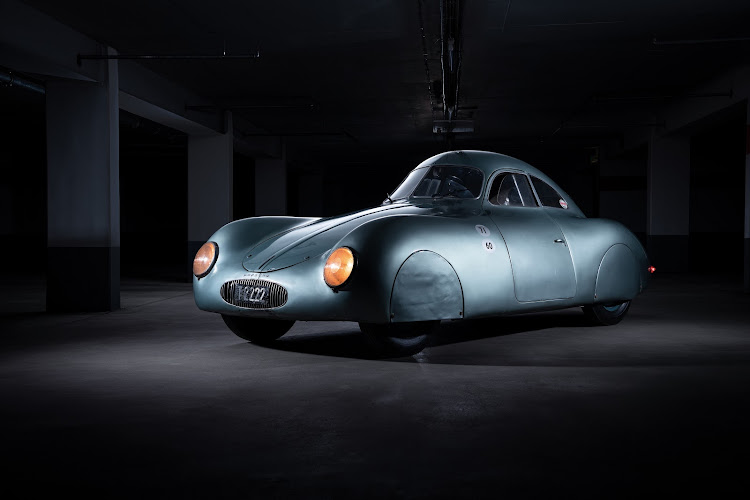 Still for sale, if you can come up with about R308m to buy this Porsche Type 64. Picture: RM SOTHEBY'S

An embarrassing blunder at a California auction on Saturday resulted in a rare Porsche Type 64 failing to find a new owner.

The car, which was built in 1939, was expected to sell for more than $20m (R308m) at a much-anticipated auction held by RM Sotheby’s during Monterey Car Week, which would have made it the most expensive Porsche ever sold on auction.

However, a mistake by the auction house which saw bidding go up to “$70m” led to farcical scenes that left some bidders upset and others laughing.

The auctioneer declared that the car was the only surviving example personally driven by Ferdinand Porsche, before announcing that bidding would open at "$30m", a figure that appeared on the media screen. Bidding rapidly went up to "$70m," with the crowd on its feet, upon which the auctioneer announced that he had actually said "$17m" and the media screen was changed to reflect the lower sum.

Some of the crowd laughed, others booed, and some walked out, calling the auction a “joke” and a “scam”.

RM Sotheby’s apologised for the confusion and displaying incorrect increments on the screen, saying it was an "unfortunate misunderstanding amplified by excitement in the room".

The auction for the Type 64 was halted after no bids above $17m were received, and the car is still listed for sale on the RM Sotheby's online auction catalogue.

The Type 64 was built in 1939, when Ferdinand Porsche was a designer for Volkswagen. Although it’s not technically a Porsche and was built before the sports car manufacturer even existed, the Type 64 was considered the first Porsche and is the car that started the legend.

Its engine and most of its parts were supplied by VW, but it has all the signature Porsche cues found in the 911, including a boxer engine in the rear, vertically mounted round headlights, and a streamlined shape.

Ferry Porsche first used his family's name on the nose of the car when he started production of the 356, officially Porsche's first model, in 1948.