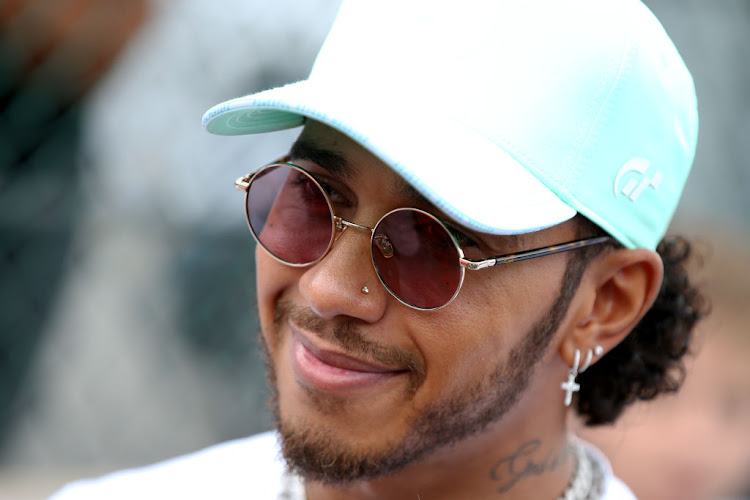 Lewis Hamilton of Great Britain and Mercedes GP smiles in the Paddock during previews ahead of the F1 Grand Prix of Belgium at Circuit de Spa-Francorchamps on August 29, 2019 in Spa, Belgium.
Image: Photo by Charles Coates/Getty Images

Formula One champion Lewis Hamilton is joining the race against global warming by unveiling plans to open a new vegan burger restaurant chain as an alternative to other food pit stops.

Hamilton, 34, who gave up meat about two years ago, said the first restaurant in the Neat Burger chain would open on September 2 in London selling plant-based burgers called "Neat", "Cheese" and "Chick'n" among other items.

Other investors in the British driver's chain include Italian entrepreneur and UNICEF ambassador Tommaso Chiabra, a backer of US-based plant-based protein company Beyond Meat .

"I think it will be a game-changer," the five-time world champion told journalists at the Spa-Francorchamps track ahead of the Belgian Grand Prix, adding he was passionate about being kinder to the world.

"As someone who follows a plant-based diet, I believe we need a healthier high street option that tastes amazing but also offers something exciting to those who want to be meat-free every now and again," he said in a statement.

Livestock are a major driver of climate change - accounting for nearly 15 percent of greenhouse gas emissions - while producing meat uses land and water less efficiently than crops, according to the UN's Food and Agriculture Organization (FAO).

Increasingly many environmentalists are placing their hopes in greener alternatives for carnivores such as plant-based food.

Chiabra said Neat Burger aimed to disrupt the non-sustainable food industry with projections of the world population reaching 9.7 billion by 2050, up two billion.

"The meat industry is the biggest contributor to greenhouse emissions and its environmental impact is no longer sustainable together with the growth of population," he said in a statement.

The chain, which hopes to open 14 restaurants globally in the next two years, will also sell US actor and rapper Jaden Smith's eco-conscious Just Water.

Japan's Toyota will not build cars at its British factory the day after Britain leaves the European Union as part of plans to handle any disruption ...
Motoring
1 year ago

Frenchman Esteban Ocon will return to the Formula One grid next season after signing a deal to drive for Renault, the French manufacturer announced ...
Motoring
1 year ago

The vehicle that inspired a legion of luxury SUVs is back, larger and larnier than ever
Motoring
1 year ago