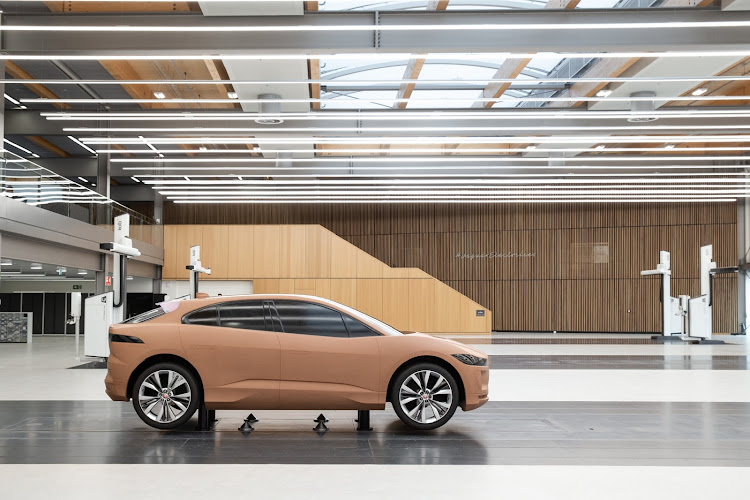 Future models are conceptualised in clay in the design studio of JLR’s new headquarters. Picture: SUPPLIED

Jaguar Land Rover (JLR) has a glamorous and, importantly, carbon neutral, new global headquarters for 13,000 people on a 1,000 acre site at Gaydon in the UK.

It’s been a JLR site for years but, for the first time, the design facilities for both brands are now also based there, in state-of-the-art premises that better suit the changing automotive landscape.

The company calls its new facility an Advanced Product Creation Centre, where it has already created the new Land Rover Defender and where the next generation of the flagship Jaguar sedan, the XJ, is in the final stages of development as an electric vehicle.

Ralf Speth, CEO of JLR, said at last week’s opening that Gaydon orchestrates all of the company’s global operations, but he pointed out that while the two brands are together, they are still “distinctly separate”.

The new facility opens at a time when JLR has seen its sales decline 8% this year and it has cut production and reduced its workforce by 4,500.

The new facility is created with extensive use of stone, wood and glass materials.

“We’ve invested in an inspiring environment for our people,” says Speth, adding that “we’ve consciously invested with a Destination Zero attitude. This is not just about carbon neutral facilities, but also about creating what are the best diesels, the best engines and alternative technologies.”

All of this is aimed at actively shaping new trends and developments, he says.

This is crucial according to Nick Rogers, executive director for product engineering at JLR. “The automotive world is changing,” he says. “There’s going to be more change than we have ever seen.”

To assist with the change, Rogers is responsible for an extensive training programme, not for apprentices or junior employees but for everyone from Speth and his fellow directors down. It’s a programme to redevelop everyone, says Rogers, training them in mechatronics, connectivity and more. He says it is essential to ensure that everyone understands what is happening in the market and how the company can not only address the challenges but deliver disruptive products. 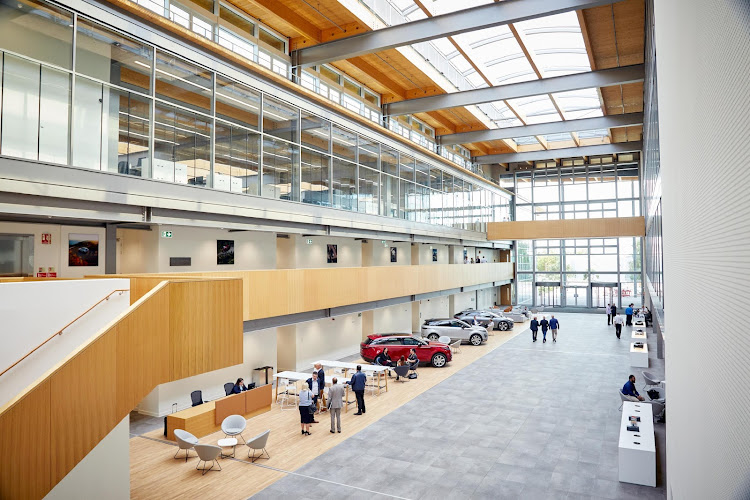 The minimalist reception area showcases the latest and heritage products from both brands. Picture: SUPPLIED

“Our size, agility and willingness to try new things is what sets us apart,” says Rogers. However, he stresses that the direction of this industry will not be decided by the industry, nor even by governments.

“At the end of the day, it will be convenience for the customer that wins.” Whether it’s the internal combustion engine, battery-electric, or fuel cell vehicles, Rogers says the industry won’t decide, the customer will.

That makes it difficult for the industry is just when customers will decide what road to take. Rogers says that it’s impossible to predict when a majority decision will be made and so they have to continue to cater for everyone.

That view is echoed by Speth, who says that customers continue to be hesitant to go green. He says the cost is too high and convenience is too low, calling on all stakeholders to work together to move things forward.

Doing so will require more collaboration. In recent years and JLR is working with companies like Bosch, BMW, LG and Apple. In one of its latest announcements, the company is working with BMW on an electronic drive unit.

But it’s also about a great interior, a nondistracting space that is as tranquil as possible, something that is an often overlooked aspect of engineering and as much about safety as it is about engineering solutions and of course, design.

Design too is changing. New head of design at Jaguar, Julian Thomson, says that while luxury, beauty, performance and innovation remain at the heart of the brand, there are four main areas for the cars of tomorrow. These are progressive luxury, electrifying performance, beauty with purpose and conscious innovation.

The design lab has an Innovation Idea Incubation department, which looks at current trends and predicts future ones that could influence design.

There are rows of designers working on various elements of future products, none of which we were allowed to see. Rumours that Jaguar is looking to recreate the CX-75 concept car made sense when we were presented with images, interior styles and even life-size clay models of what we were told was just a study created for the occasion, but which looked remarkably like what a new CX-75 could look like.

Unveiled at the 2010 Paris Motor Show, the CX-75 is a hybrid-electric, two-seat concept sports car produced by Jaguar in partnership with Formula One team Williams.