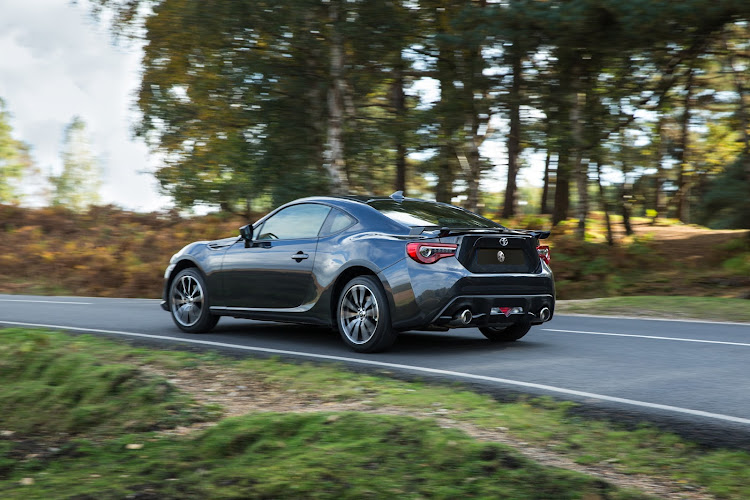 The two carmakers collaborated on the Toyota 86 (pictured) and Subaru BRZ, and plan a sequel. Picture: SUPPLIED

Toyota will raise its stake in Subaru to 20% from about 17%, the two Japanese carmakers said on Friday, as they leverage their scale to better compete in developing new vehicle technologies.

The investment comes a month after Toyota and another smaller Japanese manufacturer, Suzuki, said they would take small equity stakes in each other.

Such tie-ups highlight how carmakers are scrambling to chase scale, manage costs and boost development required to develop self-driving cars, electric vehicles and new mobility services which are upending the global auto industry.

"In this once-in-a-century period of profound transformation, by strengthening their bonds and aligning their capabilities, Toyota and Subaru aim ... to make ever-better cars," Toyota said in a statement.

Japan's biggest carmaker whose annual global vehicle sales are 10 times that of Subaru, said its investment would amount to up to 80-billion yen ($742m) based on Subaru's stock market value. The smaller manufacturer will reciprocate by buying a stake in Toyota of equal value.

Traditional carmakers, especially smaller ones such as Subaru and Suzuki, are struggling to meet the fast pace of change in an industry which is shifting to a business model of providing transportation services from simply selling cars to drivers.

Their deepening partnerships with Toyota, which already oversees a vast, closely knit network of group companies that include suppliers, vendors and commercial vehicle makers, has raised speculation that these smaller carmakers may be absorbed into the Toyota fabric in the future.

"The plan appears to be to ultimately make Subaru a fully owned subsidiary, to help create a 'mega Toyota'. This is the first step towards that," said Takeshi Miyao, MD of consultancy Carnorama. "It's all about building scale."

But Subaru President Tomomi Nakamura was adamant that his company would remain independent for now.

"I can assure you that there was absolutely no talk of Subaru becoming a Toyota subsidiary ... either from our side or theirs," Nakamura told reporters after the announcement.

Carmakers around the world are joining forces to slash development and manufacturing costs of new technology. Ford Motor Co and Volkswagen have said they will spend billions of dollars to jointly develop electric and self-driving vehicles.

Rival Nissan has an alliance with France's Renault, although that has been shaken following the ouster of former chairman Carlos Ghosn, and with Mitsubishi Motors.

Honda Motor has a tie-up with General Motors.

Subaru, which produces the Outback and Forester SUVs, is known for its horizontally placed boxer engines, along with its EyeSight autonomous driver assist and all-wheel-drive technologies.

The two carmakers in June said they planned to jointly develop an electric sport-utility vehicle on a platform produced together, to share costs. They also plan a sequel to the Toyota 86 and Subaru BRZ two-seater sports car duo.

Toyota has been building its holding in Subaru since first acquiring a 9.5% stake in the company, then called Fuji Heavy Industries, in 2005. Its current 17% stake makes Toyota the biggest shareholder.