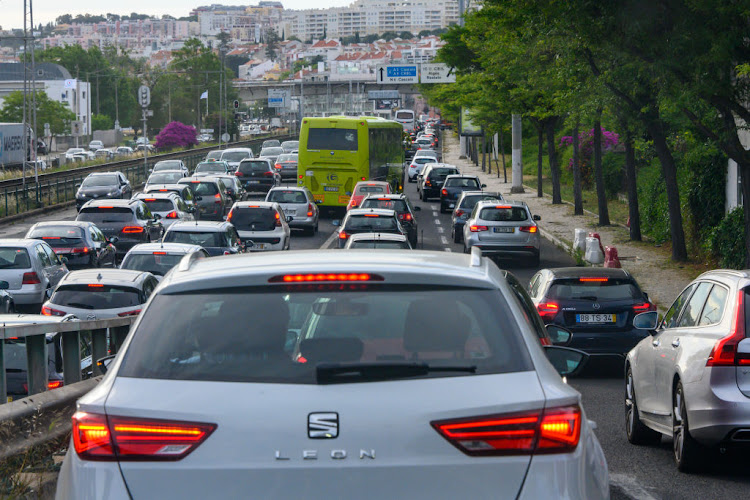 Cars bunch up in Avenida da India during rush hour on May 23 2019 in Lisbon, Portugal.
Image: Horacio Villalobos - Corbis/Corbis via Getty Images

Denmark, backed by 10 other European Union (EU) countries, on Friday called for a strategy to phase out diesel and petrol cars, including allowing the ban of sales at member-state level, by 2030 to combat climate change.

Denmark made the proposal during a meeting of EU environment ministers in Luxembourg.

The goals are part of Ursula van der Leyen's plans, the new president of the European Commission, to make Europe the first climate-neutral continent by 2050. The Danish delegation argued that to achieve this the transport sector needs to decrease its emissions. It is the only sector currently increasing its emissions.

The EU aims to cut carbon emissions in the bloc by 40% by 2030, while its executive, the commission, plans to reduce them to zero by 2050 to help stop global warming.

“We need to acknowledge that we are in a bit of a hurry,” Danish climate and energy minister Dan Jorgensen said after the meeting.

Climate groups, including Greenpeace and Deutsche Umwelthilfe, called on Monday for sport utility vehicles to be banned as part of a wider campaign ...
Motoring
2 years ago

Denmark made headlines in October 2018, when its government announced it would ban the sale of all new fossil fuel-powered cars by 2030, but it subsequently scrapped the idea because this would have breached EU rules.

Jorgensen said proposing to allow individual member states to ban sales on new diesel and petrol cars will hopefully put pressure on the commission to propose a complete phasing out of fossil fuel-powered vehicles in the bloc in the coming decades.

Jorgensen also said if the EU could not agree on a union-wide ban, it would be good if at least individual countries were allowed to implement such a measure.

“Plan A would be to make it a European ban,” he said.

Lithuania, Latvia, Slovenia, Bulgaria and several other countries, however, suggested that more must be done to stop the “carbon leakage” of selling second-hand autos from Western Europe to the eastern region.

Jorgensen said it was important to communicate the bloc's long-term policy directions to carmakers. He said Denmark's next step was to set up an alliance with the 10 member states that support its strategy to phase out diesel and petrol cars, and the possibility of prohibiting the sale of them in individual member states.

And now for a world record attempt at ... the longest hearse parade