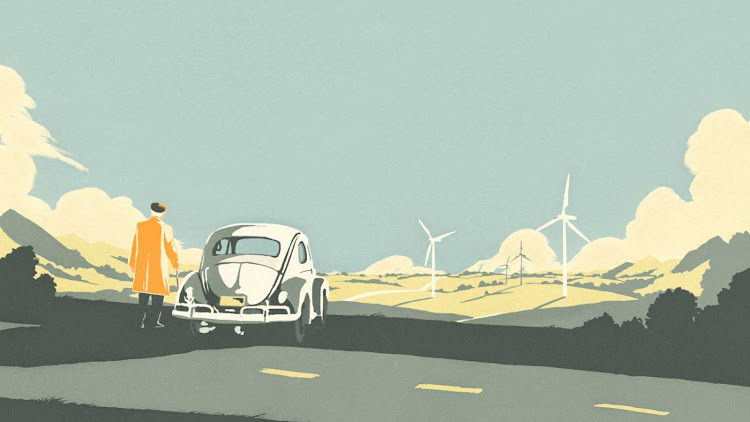 Production of the third-generation Beetle came to an end in July 2019, as the last model rolled off the production line in Puebla, Mexico.

It was a sad occasion for fans, as the venerable “Volksie” has been with us in various shapes and forms since the late 1930s.

Quelling rumours that the Beetle might be revived, VW has created an animated short film called The Last Mile to say a final farewell to the iconic car.

The touching film tells the story of a man whose major life events — from childhood to elderly age — are influenced by the presence of a Beetle. It starts with the young boy’s father bringing the Beetle home. The boy is then seen learning to drive and going on dates, before eventually taking ownership of the vehicle.

The boy is next seen as a young man, falling in love, starting a family and watching his own children grow, until he's an elderly gentleman and the Beetle flies away into the sky. At the end of the clip, there's a glimpse of the ID4, a battery-electric crossover SUV due in 2020 — a “people's car” for a new era.

The short uses a rendition of the Beatles’ Let it Be, performed by the US's Pro Musica Youth Chorus. Designed by Ferdinand Porsche to be an attainable car for the masses, the Beetle was exported all over the world and built in other countries.

The basic but dependable car became a cultural icon, one particularly embraced by the hippie movement that swept across America during the 1960s. German assembly of the original air-cooled Beetle ended in 1978, but it carried on being built in Mexico until 2003.

In total, 21,529,464 Beetles were built, making it one of the world's best-selling cars. Volkswagen launched the New Beetle in 1998, a cute and curvy homage to the original that was built on a Golf chassis.

In 2012, the third-generation version was introduced. It featured more masculine styling, but the car's modern safety features and technology came with higher pricetags that no longer made it an affordable mass market “people's car”.

The Boikanyo Bug Project aims to raise funds for 125 children who need surgeries for congenital and acquired heart defects.
Motoring
3 years ago