These are the times and days you're most likely to be hijacked: Tracker 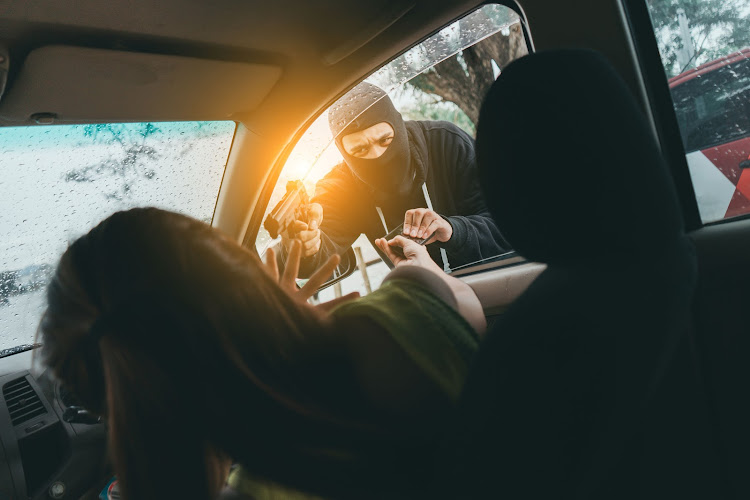 Hijackings are most likely to happen between 8pm and 9pm.
Image: 123rf / Kiattisak Lamchan

The Tracker vehicle crime statistics for the period July to December 2019 reveal an 18% decrease in the number of theft and hijackings reported nationally during December, compared with the five previous months.

Recorded from Tracker’s more than 1.1-million installed vehicle base - the largest of its kind in South Africa - the statistics provide insights into vehicle theft and hijacking trends, including the times and days when vehicle crime is most likely to occur.

The Tracker index also records the towns most affected by vehicle crime in all nine provinces.

WATCH | Criminals try to kidnap a motorist during Soweto hijacking

CCTV footage has emerged on social media of criminals attempting to kidnap a motorist in Soweto, Diepkloof Extension, during a hijacking on Sunday ...
News
1 year ago

Tracker data indicates that vehicles are most often hijacked or stolen on a Saturday. This is followed by Thursdays for hijackings and Fridays for thefts.

Hijackings are most often reported between 8pm and 9pm, followed by noon to 2pm - regardless of the day of the week. Vehicle thefts on the other hand are typically reported between 11am and 2pm.

Most vehicle-related crimes (54%) take place in Gauteng, with Johannesburg topping the list in the province for hijackings and Pretoria for thefts.

KwaZulu-Natal is the province with the second-most vehicle crimes. Durban leads the way for both hijackings and theft.

Third is the Western Cape, where Khayelitsha recorded the most hijackings in the province, while Cape Town experienced the most vehicle thefts.

Other theft and hijacking hotspots include:

Police are searching for a man who hijacked a 69-year-old woman's vehicle in Pinetown, west of Durban, on Monday
News
1 year ago

The Northern Cape accounted for less than 1% of all Tracker activations, with the highest number of hijackings taking place in Postmasburg and thefts in Kimberley.

Tracker’s efforts to combat vehicle crime resulted in 3081 vehicle recoveries, 512 arrests and 23 firearms recovered in the second half of 2019.

“We are delighted to have reached the 100,000 milestone for vehicle recoveries,” said the company's Ron Knott-Craig.

“Tracker’s vehicle tracking technology, along with its partnerships with the Saps and other law enforcement agencies, has played a crucial role in this achievement.”

Avoid becoming a victim of vehicle crime by following these tips:

Tracker reveals when and where hijackers are most likely to pounce

When and where most vehicle crime occurs in South Africa

People on their way back from shopping malls make for ideal targets, warns a former car thief
Motoring
2 years ago