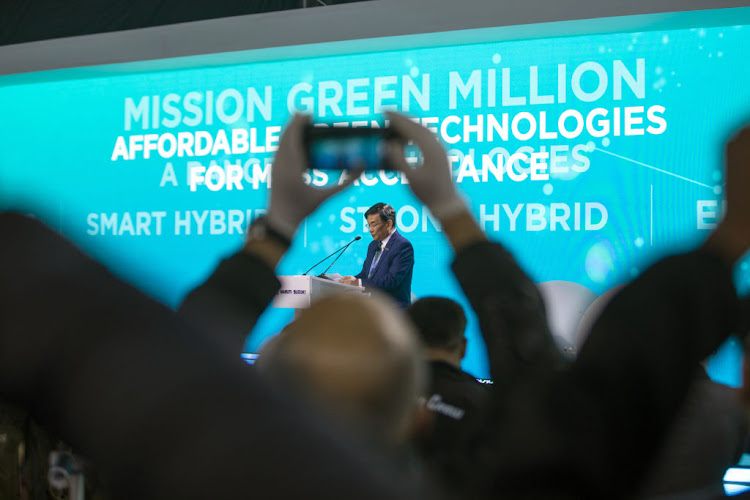 India's biennial auto show that kicks off this week is set to be dominated by Chinese car makers showcasing cutting-edge electric vehicles and connected cars - but with booths staffed only by Indian employees and representatives.

With the death toll from the coronavirus outbreak in China nearing 500 and cases of the disease spreading across the globe, organisers of the show are reassuring visitors that officials arriving from China will not be in attendance.

“There will be no visitors or delegations from China at the Motor Show 2020,” Rajan Wadhera, president of Society of Indian Automobile Manufacturers (SIAM) - which is organising the show - said in a statement on Tuesday.

Chinese companies had confirmed that their booths would be staffed by Indian representatives or employees, he said.

With India this week identifying a third positive case of the virus in the country, SIAM has also printed advisories for visitors and set up an on-site first aid facility in partnership with a local hospital.

The Automotive Component Manufacturers Association of India (ACMA), which is organising a parallel exhibition for auto parts companies, late on Tuesday said visitors from China would not be attending and that displays of about 30 Chinese exhibitors would be staffed by Indian representatives as a precaution.

Chinese auto firms have been working to woo Indian buyers with internet connected cars, filling a breach left by Western and Japanese manufacturers including Fiat Chrysler Automobiles NV, Honda Motor Co Ltd and Nissan Motor Co Ltd, which will not participate in this year's show.

They also hope India's market can help combat slowing sales in China, which fell 8% in 2019 and are set to decline again in 2020.

Suzuki Motor Corp and Hyundai Motor Co have long dominated India's market with low-priced compact cars, and have in recent years expanded into other categories.

Chinese automakers do not plan to compete in the entry-level segment, instead appealing to drivers with in-car technology, safety features and clean energy vehicles.

Great Wall, which is making its India debut at the show, intended to bring more than 100 delegates but all have cancelled, including the president, a local executive said.

“The first and most important thing is the safety of people. Once this situation is taken care of, our senior executives will come to India,” said director of marketing and sales Hardeep Brar.

All the car makers forced by coronavirus to close factories

Due to the Coronavirus crisis, car makers and parts suppliers have had to shut factories in China in line with government guidelines.
Motoring
1 year ago

Hyundai Motor Company plans to gradually suspend its South Korean factories, starting on Tuesday, as the coronavirus outbreak in China has disrupted ...
Motoring
1 year ago

China's only Formula E driver, Ma Qinghua, has gone into quarantine in Mexico ahead of that country's race on February 15 to calm fears about the ...
Motoring
1 year ago