Right to Repair ruling is a ‘big win’ for consumers 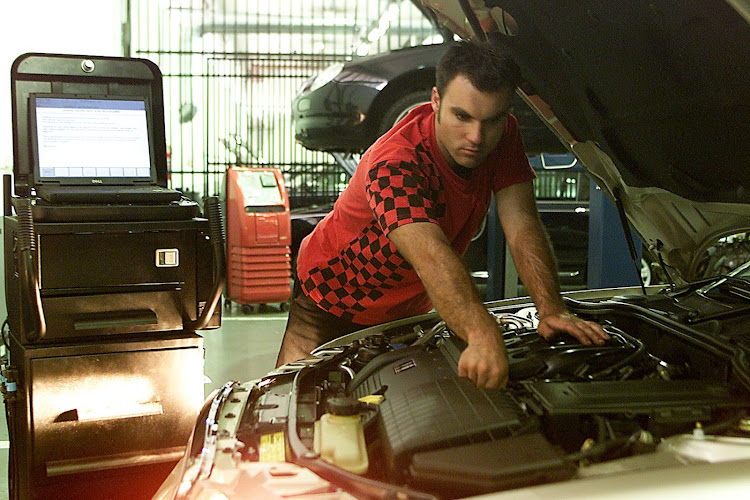 Right to Repair says consumers will be able to service their vehicles at competitive prices and in the workshop of their choice. Picture: SUPPLIED

Soon, you may be able to service or repair your vehicle anywhere you like without fear of voiding your warranty.

This is after the Competition Commission published draft guidelines for competition in the South African Automotive Aftermarket industry last Friday.

The guidelines, which are open for comment until March 16, propose to ensure that a greater number of firms have an opportunity to service and repair vehicles within the warranty period.

Car owners will have the opportunity to choose between taking their vehicles to franchised or independent workshops, and also choose between fitting original and nonoriginal spare parts (where a specific part's warranty has expired), without the risk of voiding their warranty.

The competition watchdog further proposes that maintenance and service plans be unbundled from the vehicle’s purchase price, with consumers given the choice of whether to purchase these plans or not. They will also be able to buy service plans from independent service providers.

To ensure fair competition, motor manufacturers will also be compelled to provide technical information on their vehicles to independent workshops.

This process was triggered by multiple complaints the commission received from various independent players in the automotive aftermarket as well as members of the public.

The motor industry and independent workshops have been at war over the issue for the past few years, with original equipment manufacturers (OEMs) fearing the new rules may threaten the profitability of franchised dealerships, and Right to Repair South Africa (R2RSA) saying consumers should have the right to choose where their cars are serviced.

R2RSA argues that franchised dealers charge more for labour and parts than independent workshops, and many of these parts — identical except for not being OEM branded — are available at much cheaper prices elsewhere.

OEMs hit back that they couldn’t be held responsible for shoddy parts or workmanship at nonfranchised dealers, and shouldn’t have to carry out warranty repairs on such cars.

The saga seemed to be reaching finality when the Competition Commission published a code of conduct in August 2018 that called for improved transparency and competition in the motor repair industry.

However, when most vehicle manufacturers didn’t agree to this voluntary code, the commission adopted a harder stance by implementing enforceable guidelines.

R2RSA, a Section-21 not-for-profit organisation that has been advocating for freedom of repair choice for vehicle owners over the past couple of years, has welcomed the draft guidelines and sees it as a big win for consumers.

“It is encouraging to see such a strong focus on increased consumer choice, fair competition and competitive pricing,” says Gunther Schmitz, chairman of Right to Repair South Africa.

Schmitz says this increased transparency and freedom of choice for consumers is going to help grow small business.

“This is such a positive step for consumers and the aftermarket. We want an environment where consumers can select where their vehicles are serviced, maintained and repaired, at competitive prices and in the workshop of their choice, and which gives aftermarket small and medium enterprises a chance to stay in business.”

Schmitz says a win for the consumer is the unbundling of maintenance and service plans at the point of sale from the purchase price of the vehicle. He says dealers and financiers must now provide the consumer with details of all inclusions and exclusions included in the service and maintenance plans.

The OEMs, represented by the National Association of Automobile Manufacturers of SA (Naamsa), have slammed the draft guidelines.

“Introducing these enforceable guidelines is extremely punitive and a dangerous retrogressive step that is counterproductive and which will harm the economy,” said Michael Mabasa, CEO of Naamsa.

He said the Competition Commission sought to impose a blunt instrument on an industry, which contributes 6.9% to GDP, that has already agreed to self-regulate and reform.

The publishing of the guidelines was an indication that the Competition Commission negotiated with the motor industry in bad faith, he added.

The draft guidelines can be found here. Interested parties can e-mail their submissions to advocacy@compcom.co.za by March 16 2020.

Volkswagen South Africa on Wednesday announced that it is launching an e-Golf pilot project that will see six fully electric vehicles being tested by ...
Motoring
2 years ago

Singapore aims to phase out petrol and diesel vehicles by 2040

Singapore aims to phase out petrol and diesel vehicles by 2040, making a bigger bet on electric cars as part of its efforts to cut greenhouse gases ...
Motoring
2 years ago

Tesla in talks to use cheaper, cobalt-free batteries in Chinese-made cars

Tesla is in advanced stages of talks to use batteries from CATL that contain no cobalt - one of the most expensive metals in electric vehicle (EV) ...
Motoring
2 years ago