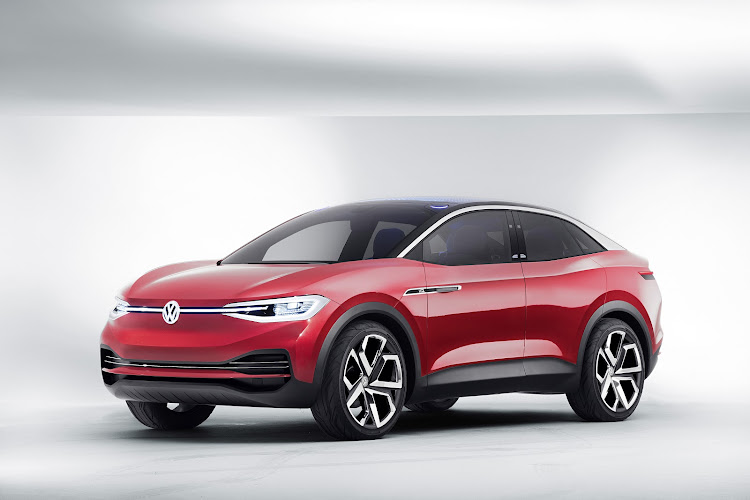 The ID.4 will be VW’s first all-electric vehicle in SA and will be based on the ID. Crozz concept car. Picture: SUPPLIED

Volkswagen has announced that the battery powered ID.4 SUV will be the brand’s first electric vehicle (EV) in SA, and will be launched here in 2022.

The ID.4, which is expected to make its world premiere at the Detroit motor show in June, will be based on the ID.Crozz concept unveiled in 2017, and follows the ID.3 hatchback that was launched at last year’s Frankfurt motor show.

It’s too soon to confirm pricing but it’s likely that the ID.4 will be positioned against BMW’s i3 electric car, which currently costs R664,000.

With consumer interest increasingly swinging from hatchbacks to SUVs in these higher price brackets, the ID.3 won’t be sold in SA as previously expected, and neither will the battery-powered e-Golf. Instead, the two cars will be available as test-drive demonstrators to build public interest in Volkswagen EVs before the ID.4 arrives in 2020.

The e-Golf pilot project will see six electric vehicles being tested by motoring media, selected dealers and VW employees in an effort to gain consumer insights into the varying experiences of driving and living with an electric vehicle in SA. The e-Golfs will be used as shuttles and courtesy cars for Volkswagen customers.

The second phase will be expanded to include a fleet of electric Volkswagen ID.3 vehicles from 2021.

As part of a new-model blitz in the next couple of years, VWSA also announced that it will soon be launching the T-Roc crossover SUV, a more powerful Amarok bakkie and the eighth generation Golf in 2020 among other vehicles. The just-launched new VW Caddy should arrive here next year in panelvan and people-carrying versions. 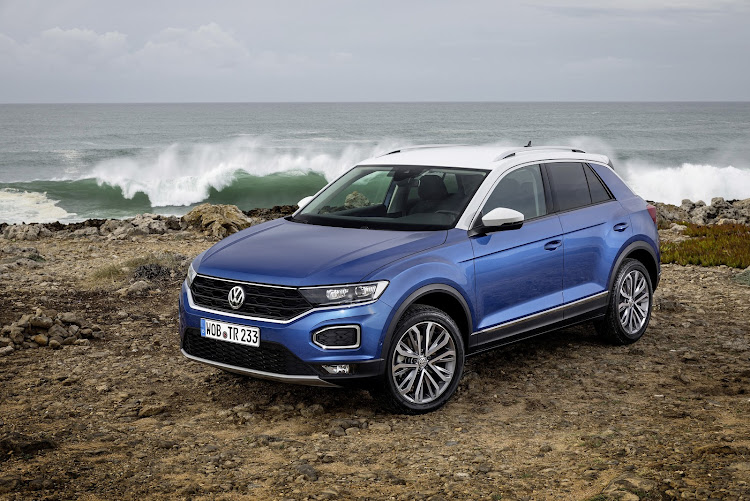 The new T-Roc (pictured) will slot in between the T-Cross and Tiguan in VW's SUV line up. Picture: SUPPLIED

Speaking at a media event held in the Western Cape last week, SA’s largest passenger-car brand said the T-Roc will be launched here in the third quarter of the year, where it will compete against crossover SUVs like the Hyundai Kona and Opel Crossland X. The T-Roc is positioned between the larger Tiguan and the slightly smaller T-Cross which was recently launched here and has already notched up impressive sales.

New derivatives will be added to top and tail the T-Cross range, in the form of a baseline 70kW 1.0l version, and a range-topping 110kW 1.5 TSI R-Line.

The much-anticipated eighth-generation Golf is expected here in the fourth quarter of the year or in early 2021, as the most dynamic and technologically advanced Golf yet.  The local line up will include the new GTI hot-hatch version which is being unveiled at next month’s Geneva motor show.

Before the all-new GTI arrives, the potent TCR version of the existing GTI will be launched here to mark the swansong of the seventh-generation Golf.

The front-wheel drive hot hatch, named after the international TCR racing series, is powered by a muscled-up version of the GTI’s 2l  turbo petrol engine, with outputs of 213kW and 370Nm. 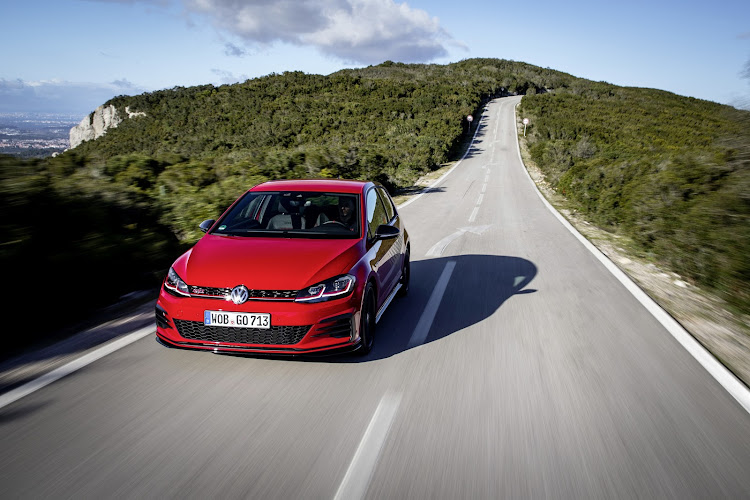 The potent GTI TCR will mark the swansong of the Golf 7 range before the Golf 8 is launched late this year or in early 2021. Picture: SUPPLIED

Power in the TCR is fired to the front wheels via a seven-speed DSG auto gearbox and the car’s equipped with a front-axle differential lock and perforated disc brakes.

A more powerful version of the Amarok V6 double cab bakkie is also arriving later this year. With its 3.0l TDI engine packing a gutsy 190kW and 580Nm, it will be SA’s most powerful pickup.

SA’s most popular car hasn’t been forgotten. In the third quarter of the year a special edition “Proudly South African” VW Polo Vivo will be launched, with further details to be announced at the time.

Martina Biene, Head of the Volkswagen brand in SA, also announced that the We Connect Go app will soon bring modern connectivity to VW vehicles. Available for iOS and Android, it allows smartphones to connect to VWs via Bluetooth using the DataPlug. It will allow customers to locate their cars using their smartphones — a benefit in busy parking lots.

Using the app, owners will also be able to view the most important information relating to their vehicle such as the mileage, fuel level, service intervals and warning lamps. In the event of a breakdown or an accident, the assistance call feature of the app can be used to summon help.

The app can also be used to book the vehicle in for a service, and as a digital logbook recording personal and work-related journeys.